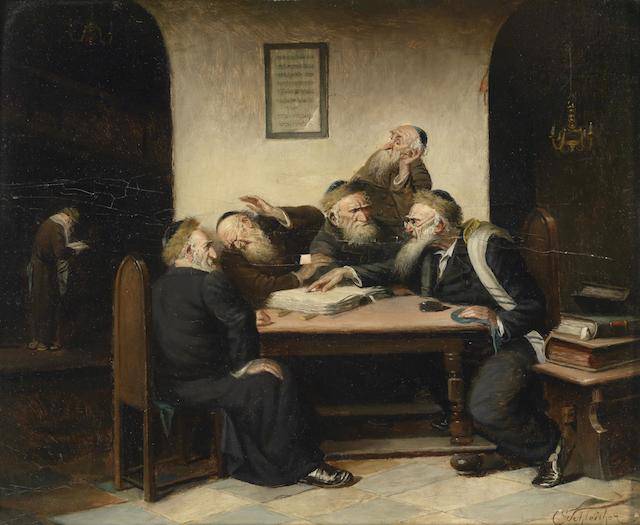 The Art of Biblical Interpretation

The immediate context of our story raises additional difficulties. Shemot 4:18-20 introduce Moshe's journey back to Egypt, and our episode would seem to be the logical continuation of these verses. Yet, the intervening verses of 4:21-23 appear to suddenly switch gears, recounting how Hashem told Moshe of Paroh's looming obstinacy and commanded him to relay a warning to Paroh about the Plague of the Firstborn. The placement of this prophecy is puzzling as Hashem has previously given Moshe much of this information, and the warning seems somewhat premature as Paroh has not yet been approached. These difficulties make one wonder whether the prophecy has some other meaning or purpose and to what extent it is connected to the mysterious events at the inn.

Abarbanel
Prophecy descended upon Moshe always, and he always needed to meditate and think about his mission. Therefore, when he came to the inn and occupied himself all that night with making provisions for lodging, and he did not meditate on the matters of his mission and his prophecy first, when the prophetic flow came upon him, it found him unprepared for prophecy. When it says “vayifgeshehu Hashem,” it means that prophecy came upon him while his heart and his thoughts were burdened with the matters of his lodging and his wife and sons, and since he was found unprepared for the acceptance of prophecy, he experienced pain and danger and his spirit was rattled. And the meaning of “vayevakesh hamito” is not that Hashem wanted to kill him, for He desires kindness, but rather that the divine flow came upon him when he was unprepared, and therefore he was endangered and reached the gates of death.

Shadal - Behold, I will kill your firstborn son – One might ask, this was to be the last of the plagues, and Moses did not mention it to Pharaoh until the end, so why should it be mentioned now? The way I see it is this: since Moses said to Jethro, “Let me… see if they are still alive” [above, v. 18], this proves that Moses did not tell him anything about God’s mission, but said only that he longed to see his relatives. If so, when he took with him his wife and sons, who knew nothing about the mission, there is no doubt that his wife and older son—upon seeing that he was to go before the king of Egypt to tell him to set Israel free—would seek to deter him from performing his mission, out of fear that Pharaoh would kill him. God knew this and disapproved of his taking his wife and sons with him, especially since Moses had already been unduly swayed by his wife in that he delayed the circumcision of his [younger] son after the passage of eight days, for if [his departure] had been within eight days of his son’s birth, his wife would not likely have accompanied him on the journey. Thus, it seems that he heeded her advice to perform the circumcision at the age of 13, in conformance with the practice of the Ishmaelites and Midianites (as noted by Deyling and before him Gussetius).

It was for this reason that God made this statement to him, so that he should understand that if he were to fail to fulfill his mission so as to impede Israel’s exodus from Egypt, he himself would be subject to such a punishment—God would kill Moses’ firstborn. Thus it occurred that when they were at a lodging place, and it displeased God that Moses was journeying with his wife and sons, “the Lord assailed him, and He threatened to make him die” [next v.]. I say this means “to make his firstborn son die,” the term “firstborn son” having been mentioned twice [immediately] above [in v. 22 and the present verse]. Then Moses told Tsipporah that this had happened to them because they had delayed the circumcision of their younger son, whereupon Tsipporah hastened without hesitation to circumcise her son—not the sick son alluded to by the words hamito (“to make him die”) and va-yifgeshehu (“assailed him”), for he was the older son who was already circumcised, but rather the younger son, who was not yet 13 but had remained uncircumcised. She made the blood reach Moses’ feet, and she said, referring to Moses, “A bloodstained bridegroom you are to me—it is your fault and not mine that our older son is sick, and you are the cause of his death.” Perhaps she thought that the exertion of the journey was the cause of his sickness. Then, when she saw that her son was immediately cured, she said, “A bloodstained bridegroom for the circumcision.”

in the lodging place (ba-malon) – A place where they hid away for the night, not a malon (“inn”) such as we have nowadays, but perhaps a cleft of a rock or the like.

Other commentators say that this refers to Moses. Rabbenu Hananel (cited by Rabbenu Bahya) made it refer to the younger son, for in his opinion, Moses was not at the lodging place, having sent his family ahead on the donkey, but this is unlikely. My student Rabbi Moses Cohen Porto, like Rabbenu Hananel, interprets “assailed him” as referring to the younger son; in his opinion, the illness affected the son’s genital organs, and this led Tsipporah to think that it was a consequence of their failure to circumcise him, so she then hastened to do so.

Rashbam and Parhon, even though maintaining that it was Moses [who was “assailed”], nevertheless explained the reason for the illness as Moses’ tarrying on his journey and bringing along his wife and sons.

And if not for the opinion of our predecessors, I would have said that ‘Vayevakesh hamito’ does not refer to Hashem, but rather to Moshe, and its meaning is that through his encounter [pegisha] with Hashem, Moshe realized that his sin was visited upon him, and that he had not done well by delaying the performance of his Creator’s will, and so much did his sin become great in his own eyes that this encounter was mild and not sufficient to remove his sin, and he said in his heart, ‘If I am evil before God, why should I live? It would be better for me to cease to exist, and to choose death over life,’ and this is the meaning of ‘vayevakesh hamito,’ that Moshe wanted Hashem to kill him.

Why did Moshe take care of his lodging arrangements first? After all this is Moshe Rabbeinu, a man who spoke with God, a man who understood that the future and success of the Jewish nation depended on adherence to the word of God. Why didn’t Moshe immediately take care of the circumcision even prior to looking for an inn? Rav Kook explains Moshe didn’t want to simply perform the Mitzvah; he wanted to perform it with “hiddur, additional beauty.” The concept of hiddur mitzvah, beautification of a commandment, directs us to not simply perform the basic minimum in order to discharge our religious obligations. Rather, we must strive to perform each mitzvah with all of its details, beautifying the physical components to indicate how precious and meaningful each spiritual act truly is. Moshe did not want to perform his son’s bris on the side of the road. Moshe wanted the bris of his youngest son to be a beautiful moment of spiritual growth and elation. He wanted to make a celebratory meal, invite guests, and speak about the meaning of this physical bond between man and his Creator. And so, he delayed the bris in order to find suitable accommodations – not just to house his family but to provide the appropriate venue for the performance of this important mitzvah. But God did not agree with this approach. “Mitzvah ha’ba l’yadecha al tachmitzena, if an opportunity for a mitzvah arises do not let it tarry (literally become chametz, leaven);” better to seize an imperfect, present moment than to delay with the expectation of something greater in the unknown future.