Was Lavan really all that bad? A closer look at Vayetzei.
JG

Go out and learn what Lavan the Aramean sought to do to Ya'akov, our father; since Pharaoh only decreed [the death sentence] on the males but Lavan sought to uproot the whole [people]. As it is stated (Deuteronomy 26:5), "An Aramean was destroying my father and he went down to Egypt, and he resided there with a small number and he became there a nation, great, powerful and numerous."

II. The first time we meet him.
בראשית כ״ד:כ״ט

Genesis 24:29
(29) Now Rebekah had a brother whose name was Laban. Laban ran out to the man at the spring—
בראשית רבה ס׳:ז׳

(1) וירץ AND HE RAN — Why did he run and what did he run for? (The next verse explains why). ויהי כראות הנזם AND IT CAME TO PASS WHEN HE SAW THE RING —he said, “This must be a rich man ״, and he had an eye to his money.

(13) On hearing the news of his sister’s son Jacob, Laban ran to greet him; he embraced him and kissed him, and took him into his house. He told Laban all that had happened, (14) and Laban said to him, “You are truly my bone and flesh.” When he had stayed with him a month’s time,

(14) and Laban said to him, “You are truly my bone and flesh.” When he had stayed with him a month’s time, (15) Laban said to Jacob, “Just because you are a kinsman, should you serve me for nothing? Tell me, what shall your wages be?”

(26) Laban said, “It is not the practice in our place to marry off the younger before the older.

(27) But Laban said to him, “If you will indulge me, I have learned by divination that the LORD has blessed me on your account.” (28) And he continued, “Name the wages due from me, and I will pay you.” (29) But he said, “You know well how I have served you and how your livestock has fared with me. (30) For the little you had before I came has grown to much, since the LORD has blessed you wherever I turned. And now, when shall I make provision for my own household?” (31) He said, “What shall I pay you?” And Jacob said, “Pay me nothing! If you will do this thing for me, I will again pasture and keep your flocks:

Fast Forward to the end of the Parsha:

This is an ANGRY encounter. WHAT CHANGED??
בראשית ל״א:כ״ב-מ״ג

(22) On the third day, Laban was told that Jacob had fled. (23) So he took his kinsmen with him and pursued him a distance of seven days, catching up with him in the hill country of Gilead. (24) But God appeared to Laban the Aramean in a dream by night and said to him, “Beware of attempting anything with Jacob, good or bad.” (25) Laban overtook Jacob. Jacob had pitched his tent on the Height, and Laban with his kinsmen encamped in the hill country of Gilead. (26) And Laban said to Jacob, “What did you mean by keeping me in the dark and carrying off my daughters like captives of the sword? (27) Why did you flee in secrecy and mislead me and not tell me? I would have sent you off with festive music, with timbrel and lyre. (28) You did not even let me kiss my sons and daughters good-by! It was a foolish thing for you to do. (29) I have it in my power to do you harm; but the God of your father said to me last night, ‘Beware of attempting anything with Jacob, good or bad.’ (30) Very well, you had to leave because you were longing for your father’s house; but why did you steal my gods?” (31) Jacob answered Laban, saying, “I was afraid because I thought you would take your daughters from me by force. (32) But anyone with whom you find your gods shall not remain alive! In the presence of our kinsmen, point out what I have of yours and take it.” Jacob, of course, did not know that Rachel had stolen them. (33) So Laban went into Jacob’s tent and Leah’s tent and the tents of the two maidservants; but he did not find them. Leaving Leah’s tent, he entered Rachel’s tent. (34) Rachel, meanwhile, had taken the idols and placed them in the camel cushion and sat on them; and Laban rummaged through the tent without finding them. (35) For she said to her father, “Let not my lord take it amiss that I cannot rise before you, for the period of women is upon me.” Thus he searched, but could not find the household idols. (36) Now Jacob became incensed and took up his grievance with Laban. Jacob spoke up and said to Laban, “What is my crime, what is my guilt that you should pursue me? (37) You rummaged through all my things; what have you found of all your household objects? Set it here, before my kinsmen and yours, and let them decide between us two. (38) “These twenty years I have spent in your service, your ewes and she-goats never miscarried, nor did I feast on rams from your flock. (39) That which was torn by beasts I never brought to you; I myself made good the loss; you exacted it of me, whether snatched by day or snatched by night. (40) Often, scorching heat ravaged me by day and frost by night; and sleep fled from my eyes. (41) Of the twenty years that I spent in your household, I served you fourteen years for your two daughters, and six years for your flocks; and you changed my wages time and again. (42) Had not the God of my father, the God of Abraham and the Fear of Isaac, been with me, you would have sent me away empty-handed. But God took notice of my plight and the toil of my hands, and He gave judgment last night.” (43) Then Laban spoke up and said to Jacob, “The daughters are my daughters, the children are my children, and the flocks are my flocks; all that you see is mine. Yet what can I do now about my daughters or the children they have borne?

Blood is thicker than Yaakov.

THIS is the cause of Lavan's sudden change:
בראשית ל״א:א׳-ב׳

(14) Then Rachel and Leah answered him, saying, “Have we still a share in the inheritance of our father’s house? (15) Surely, he regards us as outsiders, now that he has sold us and has used up our purchase price. (16) Truly, all the wealth that God has taken away from our father belongs to us and to our children. Now then, do just as God has told you.”

...and Rachel's stealing of the teraphim.
בראשית ל״א:י״ט

(19) Meanwhile Laban had gone to shear his sheep, and Rachel stole her father’s household idols. 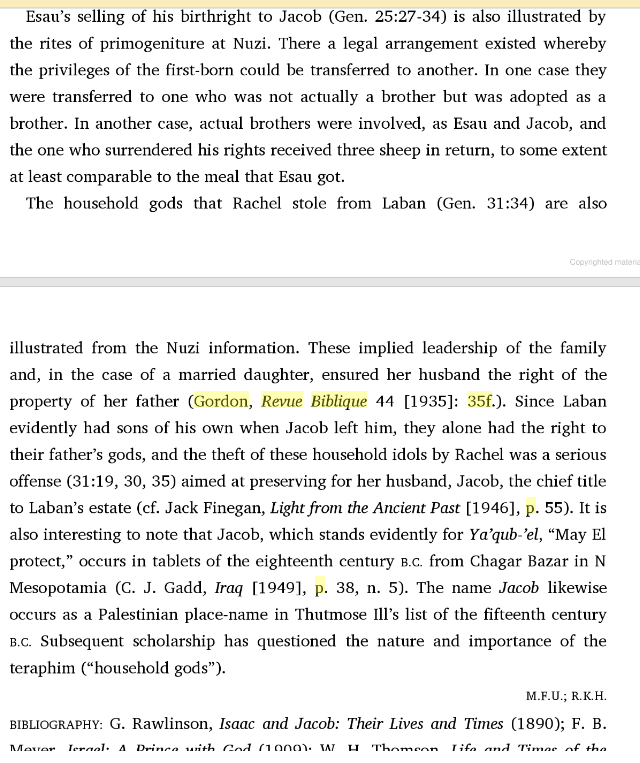