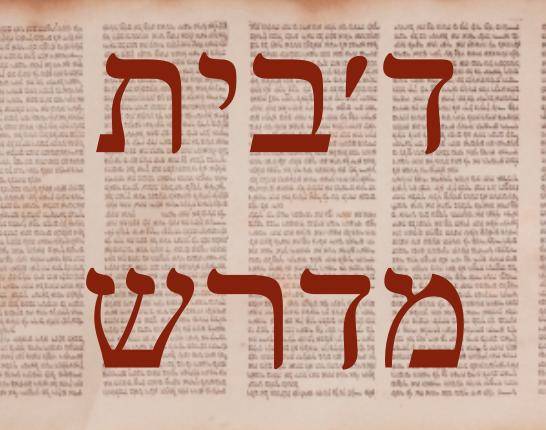 Where does the evil inclination come from?

(7) Rabbi Nahman said in Rabbi Samuel's name: 'Behold, it was good' refers to the Good Desire; 'And behold, it was very good' refers to the Evil Desire. (It only says 'very good' after man was created with both the good and bad inclinations, in all other cases it only says 'and God saw that it was good') Can then the Evil Desire be very good? That would be extraordinary! But without the Evil Desire, however, no man would build a house, take a wife and beget children; and thus said Solomon: 'Again, I considered all labour and all excelling in work, that it is a man's rivalry with his neighbour.' (Ecclesiastes 4:4).

(7) the LORD God formed Adam from the dust of the earth. God blew into Adam's nostrils the breath of life, and Adam became a living being.

How does the evil inclination work?

The evil urge is similar to a prankster running through a crowd showing his tightly closed hand. No one knows what it is he is holding. He goes up to each person and asks, “What do you suppose I have in my hand?” Each person imagines that the closed hand has in it just what he desires most. They all hurry and run after the prankster. Then, when he has tricked them enough, that they are following him, he opens his hand. It is completely empty!

Is the evil inclination a necessary evil?

In response to their prayer a note fell to them from the heavens upon which was written: Truth, indicating that God accepted their request.

יומא ס״ט ב:י״א
אמרו הואיל ועת רצון הוא נבעי רחמי איצרא דעבירה בעו רחמי ואמסר בידייהו
Yoma 69b:11
When they saw that the evil inclination for idol worship was delivered into their hands as they requested, the Sages said: Since it is an auspicious time, let us pray also concerning the evil inclination for sin in the area of sexual relationships. They prayed, and it was also delivered into their hands.
יומא ס״ט ב:י״ב
אמר להו חזו דאי קטליתו ליה לההוא כליא עלמא חבשוהו תלתא יומי ובעו ביעתא בת יומא בכל ארץ ישראל ולא אשתכח אמרי היכי נעביד נקטליה כליא עלמא ניבעי רחמי אפלגא פלגא ברקיעא לא יהבי כחלינהו לעיניה ושבקוהו ואהני דלא מיגרי ביה לאיניש בקריבתה
Yoma 69b:12
Zechariah the prophet said to them: See and understand that if you kill this evil inclination the world will be destroyed because as a result there will also no longer be any desire to procreate. They followed his warning, and instead of killing the evil inclination they imprisoned it for three days. At that time, people searched for a fresh egg throughout all of Eretz Yisrael and could not find one. Since the inclination to reproduce was quashed, the chickens stopped laying eggs. They said: What should we do? If we kill it, the world will be destroyed. If we pray for half, i.e., that only half its power be annulled, nothing will be achieved because Heaven does not grant half gifts, only whole gifts. What did they do? They gouged out its eyes, effectively limiting its power, and set it free. And this was effective to the extent that a person is no longer aroused to commit incest with his close relatives.

Can we control our evil inclination?

(7) Surely, if you do right, There is uplift. But if you do not do right Sin crouches at the door; It's urge is toward you, Yet you can be its master.”

Perhaps you will say: Why did God create the yetzer ha-ra, about which it is written, for the yetzer of man’s heart is evil from his youth” (Bereishit 8:21)? You say that it is evil; who can make it good? Said the Holy One Blessed Be He: You make it evil! Why is it that a child of five or six or seven or eight or nine does not sin, but only from age ten and on – and then he cultivates the yetzer ha-ra? Perhaps you will say: No one can safeguard himself [from being corrupted]! Said the Holy One Blessed be He: You made it evil! Why is it that, when you were a child, you did not sin and, when you grew up, you sinned? And [furthermore] there are so many things in the world that are more refractory than the yetzer ha-ra and more bitter than the lupine, and you diligently seethe it and sweeten it in water seven times until it becomes palatable – and likewise mustard and capers and many [other] things. And if you sweeten for your use [intrinsically] bitter things that I created, how much more so [could you sweeten] the yetzer ha-ra, which is delivered into your hands!