What's the Purpose of the Seder? Goucher Hillel 5777

What's the Purpose of the Seder? Goucher Hillel 5777
RB
by Rabbi Benjamin Barer 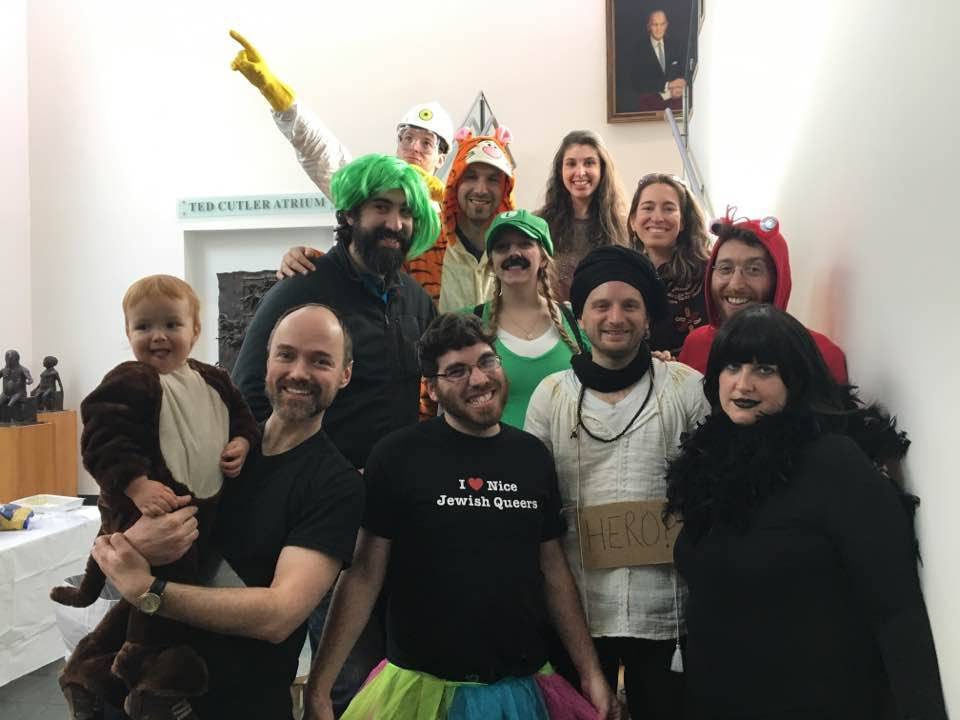 (5) Rabban Gamliel used to say: Whoever does not mentioned these three things on Passover does not discharge his duty, and these are they: the Passover-offering, unleavened bread, and bitter herbs. [The] Passover-offering [is offered] because the Omnipresent One passed over the houses of our ancestors in Egypt. Unleavened bread [is eaten] because our ancestors were redeemed from Egypt. [The] bitter herb is [eaten] because the Egyptians embittered the lives of our ancestors in Egypt.

1. Who is ideally asking the questions?

2. Who do you think is the audience of the Mishnah?

3. Does Rabban Gamliel agree with the first Mishnah, or does he have a different Seder in mind?

(9) Up until where does he recite [before the meal]? Bet Shammai say: Until, "As a happy mother of children" (Psalms 113:9). Bet Hillel say: Until, "The flinty rock into a fountain of water (Psalms 114:8). And he concludes with [a blessing] over redemption.

Bet Shammai said to Bet Hillel: Has Israel already been redeemed that they mention the Exodus from Egypt? Bet Hillel said to them: Even if he waits until the cock crows, since they didn't go out [of Egypt] until the sixth hour of the day, how can he recite the redemption, and they hadn't yet gone out.

1. What's the debate between Bet Shammai and Bet Hillel really about here?

(12) It happened that Rabban Gamliel and the elders were reclining in the house of Bitos ben Zunin in Lod, and they were occupied in studying the laws of Pesach all that night, until the cock crowed. They removed [the tables] in front of them and they got up and went to the house of study [to pray].

Why So Many Plagues?

(1) It's a positive commandment fromthe Torah to tell about the miracles and wonders that were done for our fathers in Egypt on the night of the 15th of Nisan, as it is said (Exodus 13:3) "Remember this day when you left Egypt." As it is said (Exodus 20:8) "Remember the Sabbath day." And from where [do we know] that it's on the 15th night? The verse says (Exodus 13:8) "And you shall tell your son on that nigh telling him because of this." And the time when the Matzah and Maror are in front of you. And even if he doesn't have a son. Even great sages are obligated to tell about leaving Egypt, and anybody who speaks at length about the things that happened and what was, that is praiseworthy.

And in this way God showed God's greatness above all other Gods, because no nation thought that any of their deities could avenge ​middah k'neged middah [like for like], they only thought that each deity could do one unique thing alone.

(1) How We Count the Plagues, mighty hand: two plagues; outstretched arm: two plagues, etc… It makes no sense to suggest that each expression in this verse refers to two plagues just because each one is made up of two words. First, we already know that there were ten plagues so what does this add to our understanding of the plagues; and second, the words in each of these expressions make no sense by themselves. They cannot separate from one another, so how can we say that each word refers to a different plague? The word yad, hand, and the word hazakah, mighty, are interconnected. Rather, each of the five expressions in this verse - mighty hand, outstretched arm, great terror, signs, and wonders - refers to a pair of plagues that have something in common with one another:

(2) The first two plagues were performed by a Mighty Hand: Blood and frogs were both performed when Aaron raised his hand. In the case of blood, God told Aaron to raise his hand over the river and to smite it, and, in the case of frogs, he stretched his arm over the land and smote it.

(4) Great terror refers to the plagues of locust and the death of the first born. In the case of these two plagues, Pharaoh summons Moses because he is so terrified by these plagues. They were a great terror to him.

(5) Signs refers to the plagues of mixed wild animals and the cattle disease. Both of these plagues were a sign because God distinguished between the Israelites and the Egyptians, so that it was a sign of God's great power. In the case of the mixture, the Torah says, “But on that day I will set apart the region of Goshen …and I will make a distinction…tomorrow this sign shall come to pass.” Since the cattle disease also involved a distinction, it was also a sign.