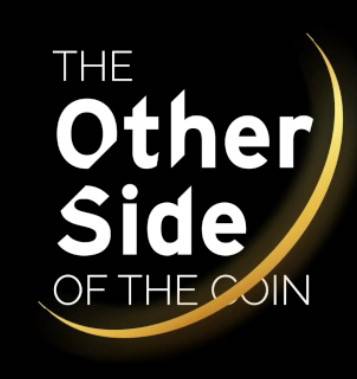 (9) A person should make an effort to pray in the synagogue with a congregation, and if he is unable to due to an extenuating circumstance [such] that he is not able to come to the synagogue, he should intend to pray at the time that the congregation is praying [This also applies to people living in small settlements, that do not have a minyan - nevertheless, they should pray Shacharit and Aravit during the time that the congregation is praying - Sefer Mitzvot haGadol] And similarly if one had an extenuating circumstance and did not pray at the time when the community prayed, and he is praying alone, despite this, he should pray in the synagogue.

Proverbs 15
(1) A gentle response allays wrath;
A harsh word provokes anger. (2) The tongue of the wise produces much knowledge,
But the mouth of dullards pours out folly. (3) The eyes of the LORD are everywhere,
Observing the bad and the good. (4) A healing tongue is a tree of life,
But a devious one makes for a broken spirit. (5) A fool spurns the discipline of his father,
But one who heeds reproof becomes clever. (6) In the house of the righteous there is much treasure,
But in the harvest of the wicked there is trouble. (7) The lips of the wise disseminate knowledge;
Not so the minds of dullards. (8) The sacrifice of the wicked is an abomination to the LORD,
But the prayer of the upright pleases Him. (9) The way of the wicked is an abomination to the LORD,
But He loves him who pursues righteousness. (10) Discipline seems bad to him who forsakes the way;
He who spurns reproof will die. (11) Sheol and Abaddon lie exposed to the LORD,
How much more the minds of men! (12) The scoffer dislikes being reproved;
He will not resort to the wise. (13) A joyful heart makes a cheerful face;
A sad heart makes a despondent mood. (14) The mind of a prudent man seeks knowledge;
The mouth of the dullard pursues folly. (15) All the days of a poor man are wretched,
But contentment is a feast without end. (16) Better a little with fear of the LORD
Than great wealth with confusion. (17) Better a meal of vegetables where there is love
Than a fattened ox where there is hate. (18) A hot-tempered man provokes a quarrel;
A patient man calms strife. (19) The way of a lazy man is like a hedge of thorns,
But the path of the upright is paved. (20) A wise son makes his father happy;
A fool of a man humiliates his mother. (21) Folly is joy to one devoid of sense;
A prudent man walks a straight path. (22) Plans are foiled for want of counsel,
But they succeed through many advisers. (23) A ready response is a joy to a man,
And how good is a word rightly timed! (24) For an intelligent man the path of life leads upward,
In order to avoid Sheol below. (25) The LORD will tear down the house of the proud,
But He will establish the homestead of the widow. (26) Evil thoughts are an abomination to the LORD,
But pleasant words are pure. (27) He who pursues ill-gotten gain makes trouble for his household;
He who spurns gifts will live long. (28) The heart of the righteous man rehearses his answer,
But the mouth of the wicked blurts out evil things. (29) The LORD is far from the wicked,
But He hears the prayer of the righteous. (30) What brightens the eye gladdens the heart;
Good news puts fat on the bones. (31) He whose ear heeds the discipline of life
Lodges among the wise. (32) He who spurns discipline hates himself;
He who heeds reproof gains understanding. (33) The fear of the LORD is the discipline of wisdom;
Humility precedes honor.
Created with