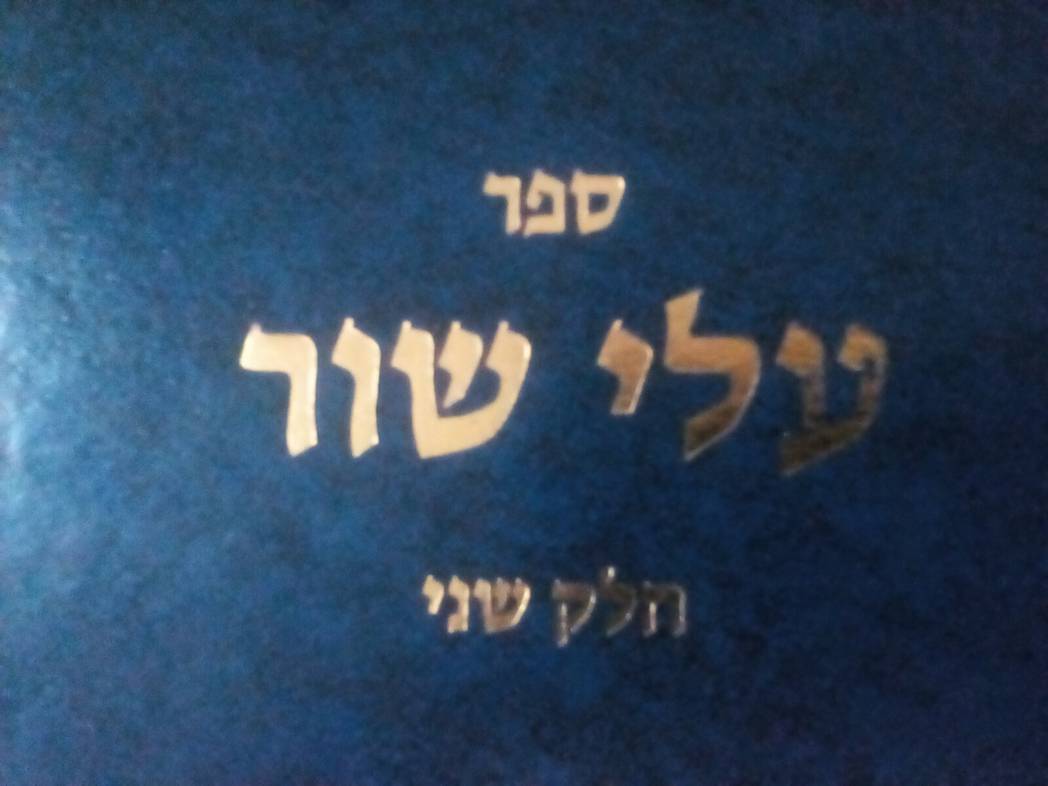 Genesis 5:1
(1) This is the record of Adam’s line.—When God created man, He made him in the likeness of God;
ילקוט שמעוני על התורה מ׳

(115) 109. The Rabbi: Now all that our promises imply is that we shall become connected with the divine influence by means of prophecy, or something nearly approaching it, and also through our relation to the divine influence, as displayed to us in grand and awe-inspiring miracles. Therefore we do not find in the Bible: 'If you keep this law, I will bring you after death into beautiful gardens and great pleasures.' On the contrary it is said: 'You shall be my chosen people, and I will be a God unto you, who will guide you. Whoever of you comes to me, and ascends to heaven, is as those who, themselves, dwell among the angels, and my angels shall dwell among them on earth. You shall see them singly or in hosts, watching you and fighting for you without your joining in the fight. You shall remain in the country which forms a stepping-stone to this degree, viz. the Holy Land. Its fertility or barrenness, its happiness or misfortune, depend upon the divine influence which your conduct will merit, whilst the rest of the world would continue its natural course. For if the divine presence is among you, you will perceive by the fertility of your country, by the regularity with which your rainfalls appear in their due seasons, by your victories over your enemies in spite of your inferior numbers, that your affairs are not managed by simple laws of nature, but by the divine Will. You also see that drought, death, and wild beasts pursue you as a result of disobedience, although the whole world lives in peace. This shows you that your concerns are arranged by a higher power than mere nature.' All this, the laws included, is closely connected with the promises, and no disappointment is feared. All these promises have one basis, viz. the anticipation of being near God and His hosts. He who attains this degree need not fear death, as is clearly demonstrated in our Law. The following parable will illustrate this: One of a company of friends who sought solicitude in a remote spot, once journeyed to India, and had honour and rank bestowed on him by her king, who knew that he was one of these friends, and who had also known their fathers, former comrades of his own. The king loaded him with presents for his friends, gave him costly raiment for himself, and then dismissed him, sending members of his own retinue to accompany him on his return journey. No one knew that they belonged to the court, nor that they travelled into the desert. He had received commissions and treaties, and in return he had to swear fealty to the king. Then he and his Indian escort returned to his companions, and received a hearty welcome from them. They took pains to accommodate them and to show them honour. They also built a castle and allowed them to dwell in it. Henceforth they frequently sent ambassadors to India to wait upon the king, which was now more easy of accomplishment, as the first messengers guided them the shortest and straightest route. All knew that travelling in that country was rendered easier by swearing allegiance to his king and respecting his ambassadors. There was no occasion to inquire why this homage was necessary, because it was patent that by this means he came into connexion with the monarch--a most pleasing circumstance. Now these companions are the Children of Israel, the first traveller is Moses, the later travellers are the prophets, whilst the Indian messengers are the Shekinah and the angels. The precious garments are the spiritual light which dwelt in the soul of Moses on account of his prophetship, whilst the visible light appeared on his countenance. The presents are the two tables with the Ten Commandments. Those in possession of other laws saw nothing of this, but were told: 'Continue in obedience to the King of India as this company of friends, and you will after death become the associates of the king, otherwise he will turn you away, and punish you after death.' Some might say: No one ever returned to inform us whether, after death, he dwelt in paradise or in hell. The majority were satisfied with the arrangement, which coincided with their views. They obeyed willingly, and allowed themselves to entertain a faint hope, which to all appearance was a very strong one, as they commenced to be proud and to behave haughtily towards other people. But how can they boast of expectations after death to those who enjoy the fulfilment already in life? Is not the nature of the prophets and godly men nearer to immortality than the nature of him who never reached that degree?

Yevamot 61a:1
The graves of gentiles do not render items impure though a tent, as it is stated: “And you My sheep, the sheep of My pasture, are men [adam]” (Ezekiel 34:31), from which it is derived that you, the Jewish people, are called men [adam] but gentiles are not called men [adam]. Since the Torah introduces the halakha of ritual impurity of a tent with the words: “When a man [adam] dies in a tent” (Numbers 19:14), this halakha applies only to corpses of Jews but not those of gentiles.

רש"י על שמות ט״ו:ב׳:ב׳
(ב) זה אלי. בִּכְבוֹדוֹ נִגְלָה עֲלֵיהֶם וְהָיוּ מַרְאִין אוֹתוֹ בְּאֶצְבַּע, רָאֲתָה שִׁפְחָה עַל הַיָּם מַה שֶּׁלֹּא רָאוּ נְבִיאִים (מכילתא):
Rashi on Exodus 15:2:2
(2) זה אלי THIS IS MY GOD — In His glory did He reveal Himself to them and they pointed to Him — as it were — with the finger exclaiming “This is my God!” (Shir HaShirim Rabbah 3:15) A maid servant beheld at the Red Sea what even the prophets never saw (Mekhilta d'Rabbi Yishmael 15:2:2).

Shabbat 133b:6
Abba Shaul says: Ve’anveihu should be interpreted as if it were written in two words: Ani vaHu, me and Him [God]. Be similar, as it were, to Him, the Almighty: Just as He is compassionate and merciful, so too should you be compassionate and merciful. In any case, there is no proof from Rabbi Yishmael’s statement with regard to the Paschal lamb that he would say the same with regard to circumcision, as in that case, he might agree that fulfilling the mitzva beautifully justifies overriding Shabbat.
רש"י על שבת קל״ג ב:ו׳:א׳
הוי דומה לו - ולשון אנוהו אני והוא אעשה עצמי כמותו לדבק בדרכיו:
Rashi on Shabbat 133b:6:1
Be similar to him: And the expression, "I will adorn Him" (anvehu), [signifies], "I and He" (ani ve'Hu) - I will make myself like Him, to cling to His ways.

Chagigah 5b:7
The Gemara relates that Rabbi Ila was ascending the stairs in the house of Rabba bar Sheila, a children’s teacher. He heard a child who was reading a verse out loud: “For, lo, He Who forms the mountains, and creates the wind, and declares to man what is his speech” (Amos 4:13). Rabbi Ila said: With regard to a servant whose master declares to him what is his proper speech, is there a remedy for him? The Gemara asks. What is the meaning of the phrase: “What is his speech”? Rav said: Even frivolous speech that is between a man and his wife before engaging in relations is declared to a person at the time of death, and he will have to account for it.

Berakhot 7b:26
And Rabbi Yoḥanan said in the name of Rabbi Shimon ben Yoḥai: Service of Torah is greater than its study, i.e., serving a Torah scholar and spending time in his company is greater than learning Torah from him. Torah study is one component of a Torah life, but one who serves a Torah scholar learns about every aspect of life from his actions. This is derived from the verse that speaks in praise of Elisha, as it is stated: “Here is Elisha son of Shafat, who poured water over Elijah’s hands” (II Kings 3:11). The verse does not say that he learned from Elijah, rather that he poured water, which teaches that the service of Torah represented by Elisha pouring water over Elijah’s hands is greater than its study.

Moed Katan 17a:5
Rav Yehuda said to Rabba bar bar Ḥana: Have you heard anything with regard to this issue? He said to him: Rabbi Yoḥanan said as follows: What is the meaning of that which is written: “For the priest’s lips should keep knowledge, and they should seek Torah at his mouth; for he is a messenger [malakh] of the Lord of hosts” (Malachi 2:7)? This verse teaches: If the teacher is similar to an angel [malakh] of the Lord, then seek Torah from his mouth, but if he is not pure and upright, then do not seek Torah from his mouth; even if he is knowledgeable about Torah, do not learn from him.