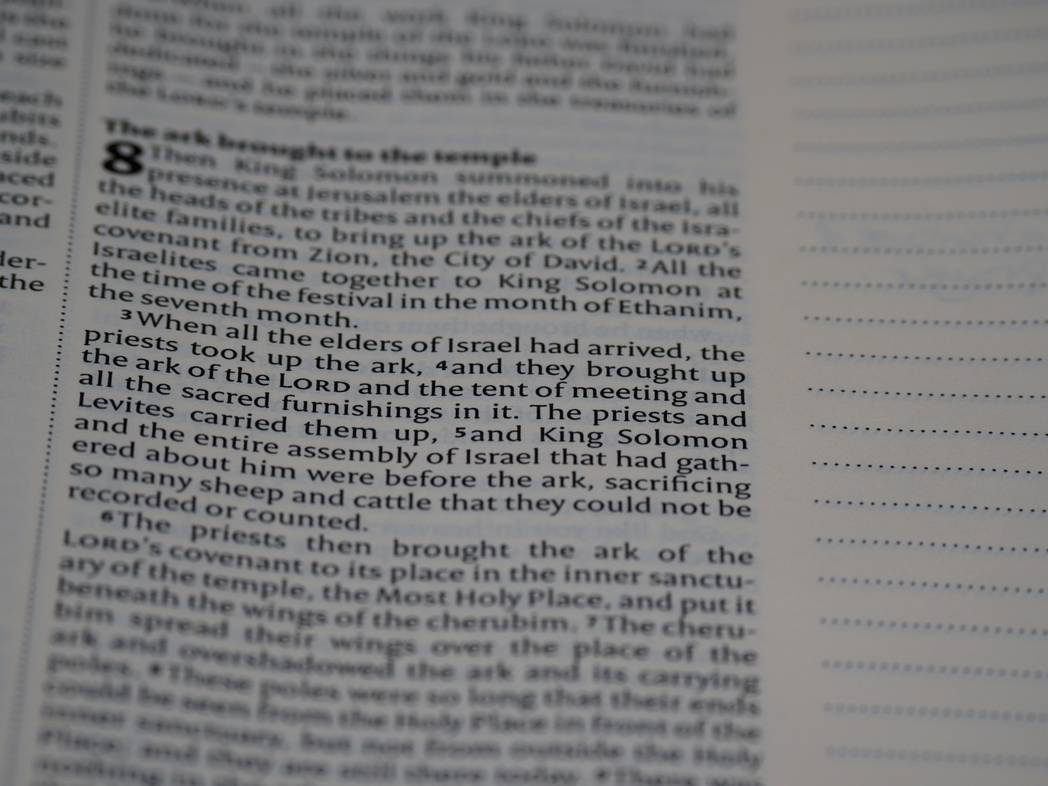 This week’s Torah portion is a double parasha, but I would like to look at the beginning of Parashat Vayelech, beginning at Deuteronomy 31. This Torah portion describes Moses’ transition of power as he delivers the Torah to the people of Israel. The title of this parasha, “vayelech,” is translated from the Hebrew meaning “he went,” describing Moses going out to the people of Israel to announce the future of their people. In this section of the Torah, Moses is also “going out” of this world as he prepares for his own death.

Moses spends this section offering his last words to the people, due to his age meaning that he’s unfit to rule. But why? When Moses’ death is actually described at the end of Deuteronomy, “his eyes were undimmed and his vigor unabated.” Moses didn’t suffer from old age. He lived well! But, to understand this parasha, we must also ask the question: did Moses die well?

On a first-time reading, the answer may be “no.” The circumstances of Moses’ death were a punishment. God forbade Moses from entering the promised land that he’d dedicated his entire life to reaching! This almost reads as an excuse, that the tiny infractions that Moses committed could somehow deserve such a monumental punishment.

Moses’ death wasn’t treated like the worst loss of life in the Torah, either. The wording about Israel mourning for Moses can be interpreted to be less significant than Aaron’s. Although Moses was undeniably a monumental figure, he wasn’t the most blameless in the Torah, so, neither was his death.

So is that our conclusion, that Moses died in disgrace with his body hidden in the wilderness? Let’s consider less negative aspects of Moses’ death.

The worst way to die, in both ancient and modern times, may be obscurity. The concept of immortality isn’t restricted to the survival of the physical body. It’s that a person can live on in the memories of others, as the prayers say--in life, we’re loved for the peace we bring to others, and in death, our memories are therefore a blessing. Our names are said aloud and our stories are told. In that sense, Moses might be the most blessed of all the characters of the Torah.

Although Moses warns his people that they will continue to sin without him as a guiding force, this does not come true -- the book of Joshua specifically mentions that “Israel served the LORD during the lifetime of Joshua and the lifetime of the elders who lived on after Joshua.” Moses’ own opinion of his legacy was darker than reality.

According to the end of Deuteronomy, Moses was buried by God Godself. Some scholars have even said that Moses passed away with a “kiss” from God as Moses’ breath was taken away. Even if Moses would not have decided that he wanted to die, his passing was given the utmost respect. The secrecy of the moment may not have been a shame but an honor instead.

Perhaps the most amazing blessing given to Moses is the chance to see the Promised Land at the shore of the Jordan. This is the proof of his life’s work, the moment of his greatness, the culmination of all his efforts to save Israel!

Moses can’t cross the Jordan, the point of change where wandering people become a great nation. He’s buried in the in-between space, the desert between Egypt and Israel, and that is where his body is said to lie forever. In this week’s Torah portion, Moses is like a parent saving his children. At some point, he can’t go forward. He can’t continue to lead, to directly tell his loved ones what to do or how to act. He can offer guidance ahead of time but they need to figure it out on their own. For that to happen, at some point, he had to, as the parasha is named, “go out” of the story.

I don’t think Moses had a bad death because he was not defined by a bad life. Moses is not remembered because he was a channel of divinity. He’s not famous for being a prophet and not for his power, not for his leadership, not for the ten commandments or the plagues or even the Torah itself. If Moses hadn’t loved his people enough to let them go, if he hadn’t prepared them for existence without him, there would be no people to remember him at all. His great deeds would have been forgotten and buried beside him in the desert. What keeps Moses’ memory alive to this day is the love his people had for him to repeat his name through the millennia, and the love he had, to put Israel’s needs ahead of his own, to let them leave him behind.

Death is hard. Life is hard. But by caring for each other, we can make things better.

Thank you for listening to this story with me.