Yoma No.5: If I Were a Ritual Man
AK
ByAdina Karp 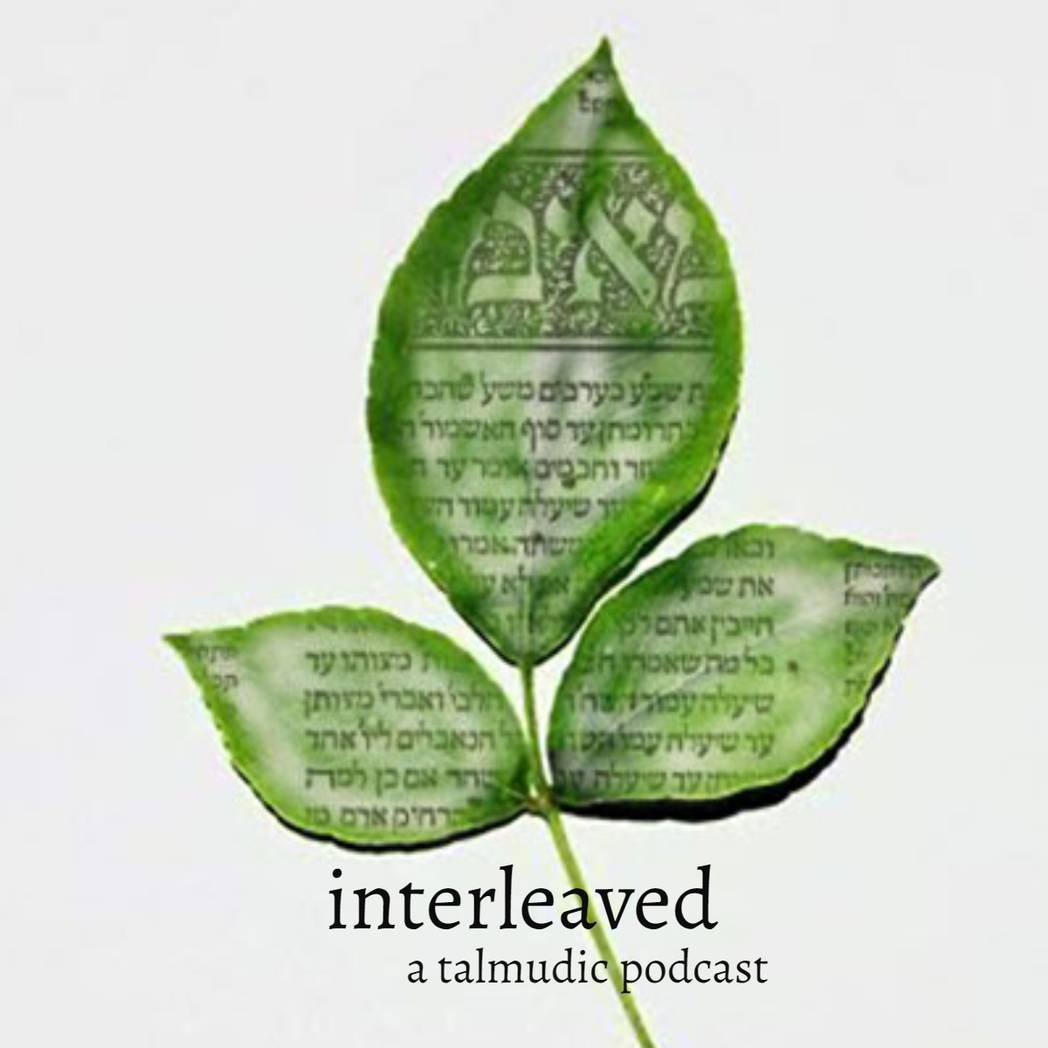 Impurity and Sin in Ancient Judaism

Much has been written about ritual impurity in ancient Judaism, but the question of how the ancient Jews understood the relationship between defilement and sin has largely been ignored. This book offers a systematic exploration of the topic. The book takes the results of current research on the Hebrew Bible and applies them to early Jewish and Christian groups. The Bible, it shows, considers the moral impurity generated by sin to be entirely distinct from (but no less real than) the ritual impurity generated by bodily function such as menstruation. The book then traces the relationship between ritual and moral impurity from early Jewish sects through the New Testament and the theology of Saint Paul, and shows how Christian theology arrived at the point where the need for ritual purity was entirely rejected.

Purity and Danger: An Analysis of Concepts of Pollution and Taboo

Is cleanliness next to godliness? What does such a concept really mean? Why does it recur as a universal theme across all societies? And what are the implications for the unclean?

In Purity and Danger Mary Douglas identifies the concern for purity as a key theme at the heart of every society. In lively and lucid prose she explains its relevance for every reader by revealing its wide-ranging impact on our attitudes to society, values, cosmology and knowledge. This book has been hugely influential in many areas of debate – from religion to social theory. With a specially commissioned preface by the author which assesses the continuing significance of the work, this Routledge Classics edition will ensure that Purity and Danger continues to challenge, question and inspire for many years to come.

"Symbol, Function, Theology, and Morality in the Study of Priestly Ritual"

Arguing for diverse, contextual, understandings of ancient religions, Jonathan Klawans argues that Israelites themselves put forward symbolic rationales for their practices. Therefore, symbolic interpretations should preside over functional understandings of Israelite ritual. Klawans then notes the importance of prophetic symbolic action: these explicitly figurative performances further demonstrate that symbolic behavior could be understood broadly within ancient Israel and not only by literate specialists. Taking a cue from Roy Rappaport, Klawans suggests that the primary, intended purpose of many Israelite rituals was to serve as communicative “signs”—public reinforcements of communal messages and memories. Israelite rituals will best be understood when scholars draw on both ritual and prophetic texts, recognizing that Israelite culture exhibited a distinctive proclivity for symbolic communication.

Purity, Sacrifice, and the Temple: Symbolism and Supersessionism in the Study of Ancient Judaism

This book reevaluates modern scholarly approaches to ancient Jewish cultic rituals, arguing that sacrifice in particular has been long misunderstood. Various religious and cultural ideologies (especially supersessionist ones) have frequently prevented scholars from seeing the Jerusalem temple as a powerful source of meaning and symbolism to those ancient Jews who worshiped there. Such approaches are exposed and countered by reviewing the theoretical literature on sacrifice and taking a fresh look at a broad range of evidence concerning ancient Jewish attitudes toward the temple and its sacrificial cult. Starting with the Hebrew Bible, this work argues for a symbolic understanding of a broad range of cultic practices, including both purity rituals and sacrificial acts. The prophetic literature is also reexamined, with an eye toward clarifying the relationship between the prophets and the sacrificial cult. Later ancient Jewish symbolic understandings of the cult are also revealed in sources including Josephus, Philo, Pseudepigrapha, the Dead Sea Scrolls, New Testament, and Rabbinic literature. A number of ancient Jews certainly did believe that the temple was temporarily tainted or defiled in some fashion, including the Dead Sea sectarians and Jesus. But they continued to speak of the temple in metaphorical terms, and — like practically all ancient Jews — believed in the cult, accepted its symbolic significance, and hoped for its ultimate efficacy.

The Golden Bough: A Study in Magic and Religion

A monumental study in comparative folklore, magic and religion, The Golden Bough shows parallels between the rites and beliefs, superstitions and taboos of early cultures and those of Christianity. It had a great impact on psychology and literature and remains an early classic anthropological resource.

Religion of the Semites: The Fundamental Institutions

Scottish Semiticist and Arabist William Robertson Smith was a celebrated biblical critic, theorist of religion, and theorist of myth. His accomplishments were multiple. Smith's German mentors reconstructed the history of Israelite religion from the Bible itself; Smith ventured outside the Bible to Semitic religion and thereby pioneered the comparative study of religion. Where others viewed religion from the standpoint of the individual, Smith approached religion-at least ancient religion-from the standpoint of the group. He asserted that ancient religion was centrally a matter of practice, not creed, and singlehandedly created the ritualist theory of myth. Since Smith's time, the ritualist theory of myth has found adherents not only in biblical studies but in classics, anthropology, and literature as well.Smith's accomplishments are seen most fully in Religion of the Semites, adapted from a number of public lectures he gave at Aberdeen, and first published in 1889. Smith delivered three courses of lectures over three years. It is this set that is reprinted here. Only recently were the notes for the second and third courses of lectures discovered and published.Religion of the Semites combines extraordinary philological erudition with brilliant theorizing. Among the fundamental emphases of the book are the foci on sacrifice as the key ritual and non-ancient sacrifice as communion with God rather than as penance for sin. Most important is Smith's use of the comparative method: he uses cross-cultural examples from other "primitive peoples" to confirm his reconstruction from Semitic sources.Smith combines pioneering sociology and anthropology with a staunchly Christian faith. For him, Christianity is an expression of divine revelation. For Smith, only continuing revelation can account for the leap from the collective, ritualistic, and materialistic nature of ancient Semitic religion to the individualistic, creedal, and spiritualized nature of Christianity. Lectures on the Religion of the Semites manages to meld social science with theology, and remains a classic work in the social scientific study of religion. 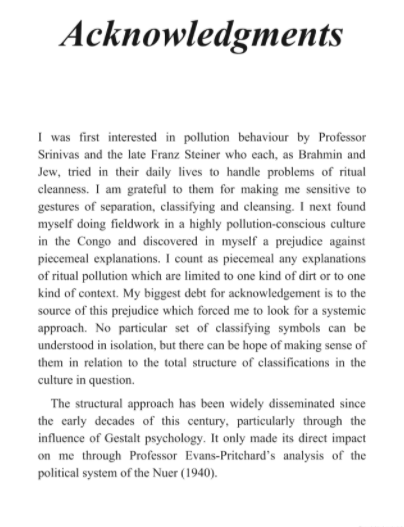 "Temple as Cosmos or Temple in the Cosmos"

This chapter analyzes two distinct symbolic understandings of the Jerusalem temple and its rituals. It finds evidence for a belief in the temple as representing the cosmos in Josephus, Philo and rabbinic literature, and evidence for a belief that the earthly temple represents a heavenly sanctuary in the Pseudepigrapha, Dead Sea Scrolls, and other rabbinic sources. It attempts to identify one or another of these two symbolic understandings as the precursor of the other are rejected. 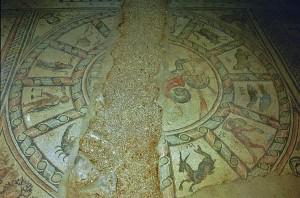 "The central panel of the ancient mosaic floor of the synagogue in Hamat Tiberias National Park depicts the twelve signs of the zodiac with a Hebrew inscription for each."

The Myth of the Eternal Return: Cosmos and History
Mircea Eliade

First published in English in 1954, this founding work of the history of religions secured the North American reputation of the Romanian émigré-scholar Mircea Eliade. Making reference to an astonishing number of cultures and drawing on scholarship published in no fewer than half a dozen European languages, The Myth of the Eternal Return illuminates the religious beliefs and rituals of a wide variety of archaic religious cultures. While acknowledging that a return to their practices is impossible, Eliade passionately insists on the value of understanding their views to enrich the contemporary imagination of what it is to be human. This book includes an introduction from Jonathan Z. Smith that provides essential context and encourages readers to engage in an informed way with this classic text.

All the Holy Scriptures defile the hands.