”Shir HaMa’alot” is Psalm 126. It is said before Birkat HaMazon on Shabbat and holidays.

Context: This is from the Biblical Book of Psalms. It seems to be written during the Babylonian Captivity (roughly 586-538 BCE). There are 15 "song of ascents", Psalms 120-134. There were also 15 steps leading up to the Temples. One theory is that these psalms were sung by the Levites, 1 per step, as they walked into the Second Temple (https://en.wikipedia.org/wiki/Song_of_Ascents#cite_note-5).

When have you experienced something “as if you were a dreamer”? 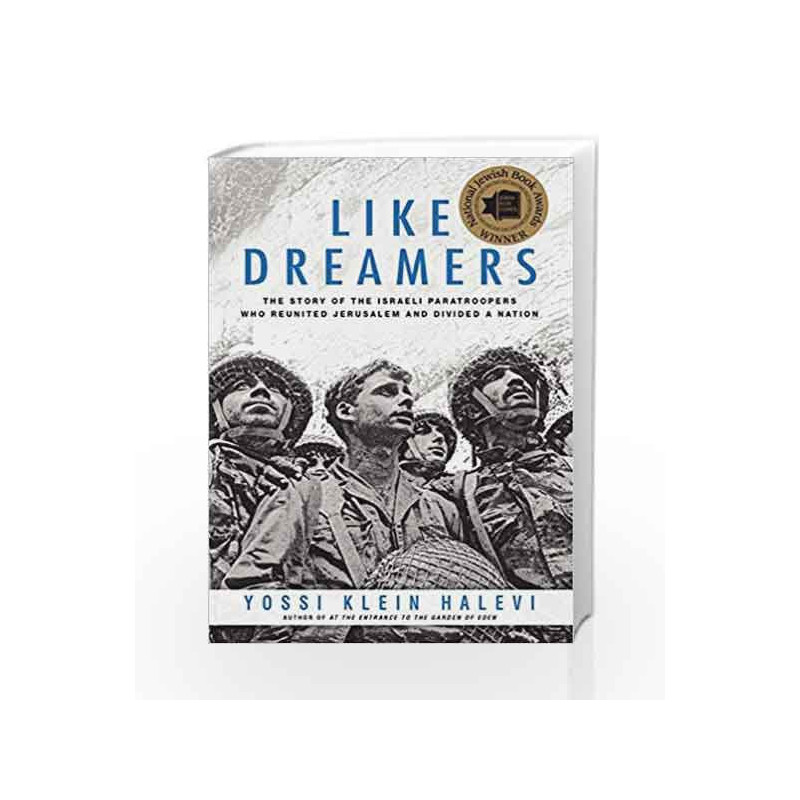 Context: This is the front cover of Yossi Klein Halevi’s 2013 book Like Dreamers, which is about the lives of the paratroopers who restored the Western Wall to Jewish access.

Why might he have chosen this title for this book?

(2) our mouths shall be filled with laughter, our tongues, with songs of joy. Then shall they say among the nations, “The LORD has done great things for them!” [Alternative translations have this in past tense]

When has your tongue been filled with songs of joy (or might it have been)?

(3) The LORD will do / did great things for us and we shall rejoice.

When has the Lord done great things for you (or when have great things happened to you, which you might ascribe to G-d if you were to ascribe things to G-d)?

(4) Restore our fortunes (OR Bring us back from our captivity), O LORD, like watercourses in the Negev.

The image of water returning to dry streambeds in the Negev Desert is powerful. When has something like this happened in your life?

Has there ever been a case where you have "sown in tears" but "reaped in joy"? If so, when was it?

When in your life have you "carried your sheaves" with "songs of joy"?

This psalm also kicks off Birkat HaMazon on Shabbat and holidays. Here are some tunes for it.

This tune to Shir Hama'alot was written by Cantor Pinchas Minkowsky, and recorded by Cantor Yossle Rosenblatt (http://www.chazzanut.com/rosenblatt/rosenblatt-notes.html). Rosenblatt was recorded singing this while on a boat on the Jordan River in 1933 (https://www.facebook.com/watch/?v=2148100315441984).

How does this musical setting make you feel? Does it work with the words?

How does this musical setting of Shir HaMa’alot make you feel? Does it work with the words?

Context: This rendition of one of the verses in Shir HaMa’alot was written by Debbie Friedman in 2007.

How does this musical setting affect your experience of the words?

Context: This version of Shir HaMa’alot was put together and sung in collaboration between the Maccabeats and Schlock Rock. It was recorded in honor of Yom Yerushalayim 2018. It is to the Billy Joel tune “The Longest Time”. Note that they sing “Hashem” because they are not actually saying “Birkat HaMazon”.

Does this seem like an appropriate tune for the meaning of the words?

When Reb Avrumche [Avrom Geiger] davened [in Vienna], he and his two sons would sing “Keil Adon” to a march. When the kaiser came to visit, Reb Avrumche told me, the local kapellmeister would play a little march to honor the changing of the guard. The local Rebbe would say to the chazan, “Khap es marshel” — catch the march, and teach it to the meshorerim, the choir boys. Come Shabbes morning, he went to the davening and said to the chazan, “Did you khap the march of the emperor?” Yes. “Mit die meshorerim?" Yes. "Nu," he says, "then for 'Keil Adon' sing the emperor's march." And that's how Avrom Geiger learned it. Because we want to bring the noble music to Hashem! When I was in school in Vienna, they would teach us how to sing Beethoven's setting of Psalm 19, "The heavens declare the glory of God" -- and that was in a Jewish school. The whole world of niggun [tunes] borrows in that way.

With appreciation to Cantor Neil Schwartz