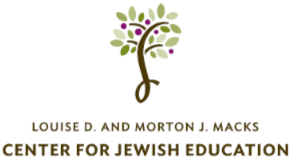 What are the miracles of Chanukah? What are we celebrating?

On Chanukah: In the days of Matisyahu, son of Yochanan the High Priest, the Hasmonean and his sons, when the evil Greek kingdom rose up against Your people Israel to make them forget Your Torah52 and to turn them away from the statutes of Your will— You, in Your abundant mercy, stood by them in their time of distress, You defended their cause, You judged their grievances, You avenged them. You delivered the mighty into the hands of the weak, many into the hands of the few, defiled people into the hands of the undefiled, the wicked into the hands of the righteous, and insolent [sinners] into the hands of diligent students of Your Torah. And You made Yourself a great and sanctified name in Your world. And for Your people, Israel, You performed a great deliverance and redemption unto this very day. Afterwards, Your sons entered the Holy of Holies of Your Abode, cleaned Your Temple, purified Your Sanctuary, and kindled lights in the Courtyards of Your Sanctuary, and designated these eight days of Chanukah to thank and praise Your great Name.

Sadducees (Priestly class) and the Pharisees

(19) Then Mattathias answered and spoke with a loud voice,

(20) Though all the nations that are under the king’s dominion obey him, and fall away every one from the religion of their fathers, and give consent to his commandments:

(21) Yet will I and my sons and my brethren walk in the covenant of our fathers.

(22) God forbid that we should forsake the law and the ordinances.

(23) We will not hearken to the king’s words, to go from our religion, either on the right hand, or the left.

(24) Now when he had left speaking these words, there came one of the Jews in the sight of all to sacrifice on the altar which was at Modin, according to the king’s commandment.

(25) Which thing when Mattathias saw, he was inflamed with zeal, and his reins trembled, neither could he forbear to shew his anger according to judgment:

(26) wherefore he ran, and slew him upon the altar. Also the king’s commissioner, who compelled men to sacrifice, he killed at that time, and the altar he pulled down.

(27) Thus dealt he zealously for the law of God like as Phinees did unto Zambri the son of Salom.

(28) And Mattathias cried throughout the city with a loud voice, saying, Whosoever is zealous of the law, and maintaineth the covenant, let him follow me.

On the oil and candles:

A land - in which all that is hoped for will be fulfilled, every one who enters Akiva will greet him.

Where are the saints, where is the Maccabee?"

Akiva answers him, the rabbi says to him:

"All of Israel is holy, you are the Maccabee"