And Who By Plague
MN 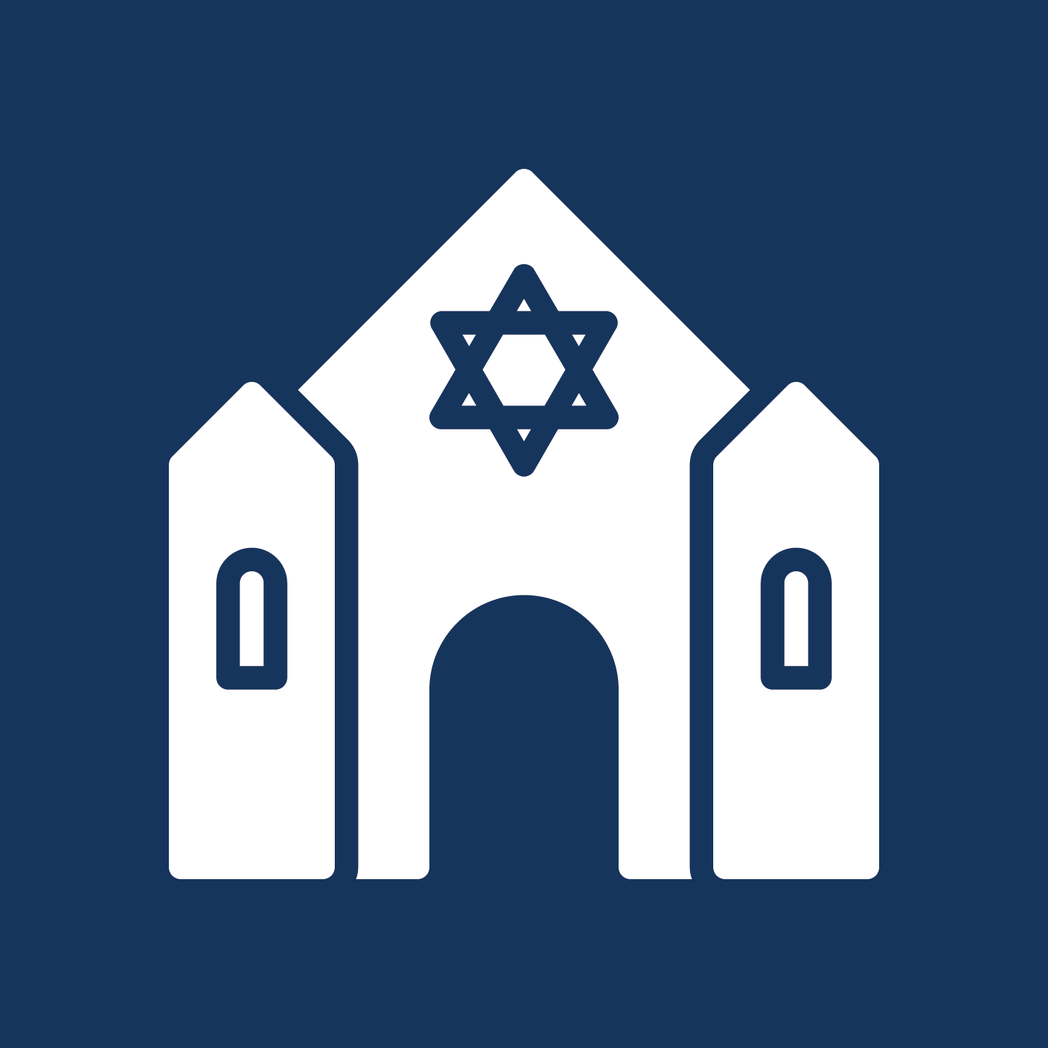 (180) Unetaneh Tokef, Kedushat Hayom. Ki Hu Nora V’Ayom. Let me tell you of the holiness of this day, for it is awe-filled and terrifying

We read this prayer, the Unetaneh Tokef on Rosh haShanah, and will read it again tomorrow morning. It includes one of my favorite musical pieces, which has, unfortunately had new meaning added in the past year:

(181) On Rosh Hashana their decree is inscribed, and on Yom Kippur it is sealed, how many will pass away and how many will be created, ... who by earthquake and who by the plague;

Reading it this year, I found myself crying, because this Yom Kippur is unlike any that I have experienced, and indeed unlike any in our lifetimes. Unetaneh Tokef is no longer abstract. It is, in fact now reflective of our lives. We see counts each day of how many have passed on. We learn of new natural disasters, fires, storms, earthquakes, droughts. We see violence in our streets, and we live in a literal time of plague. The awe which this prayer seeks to inspire in us with Gods power instead reflects the painful state of our own society. Where do we go from here? And is this, as some have said to me, a message from God?

My colleague, Rabbi Danya Ruttenberg wrote back in March, “This is not a punishment or a test from God. The part that has God in it is about what we all choose to do from here. The Torah commands us to love our neighbors as ourselves” (@TheRadr Twitter March 13, 2020) The God I believe in does not choose to punish, to test to destruction. The God I believe in is not a spiteful child, or an “Angry God.” The God I believe in is a God who suffers as we suffer. A God who has given us the room to act, the power to save each other, if only we would take it. This is the same God that demands In the Torah,

Do not stand idly by the blood of your neighbor

(8) “He has told you, O man, what is good, And what the LORD requires of you: Only to do justice And to love goodness, And to walk humbly with your God;

2020 has not been a God sent test, the 10 plagues come again, or a sign of the end times. It is just a moment when the pain grew too much to bear silently, when climate change, wealth inequality, racial injustice, sexism, bigotry, and antisemitism became too obvious to ignore. It is a time when we can no longer pretend that we are perfect, that our society does not have its own shortcomings, but rather are called upon to face them, reckon with them, and do our best to heal them.

For anyone who says, “Well, none of that is my fault.” You may well be right. But Judaism has always recognized that in a society, we all share responsibility for one another. When we pray for forgiveness, when we confess our wrongdoings on this day of Yom Kippur, we do so in the first person plural.

And we say these ancient prayers whether we have done every act listed there or not. Because there is power in praying together. And these prayers, written as acrostics, are meant to convey the entire catalog of potential sins, which one could never list because there are simply too many ways to hurt others, to hurt the world, or to hurt ourselves.

So where do we go from here. Do we sink into utter despair at the state of our world? No. No matter how we may feel, nothing is ever fixed. As beings with free will, the quality above all else that differentiates us from the Angels and from animals, we always have the chance to change our destinies. While we may choose not to take action, or find ourselves stuck in a rut due to our own habits, we are never forced by anyone but ourselves. And this prayer recognizes that as well. The Unetaneh Tokef goes on to say

(183) But repentance, and prayer and acts of righteous giving overturn an evil fate

We have the power to change the world.

We can change it through prayer. However you think of prayer, there is power in it. Whether that means taking the time to meditate as Rebbe Nachman of Bratzlav did, to use the words in the prayer book before you. To walk in the Field as the Ba’al Shem Tov did, or to sing a wordless melody. Prayer is a time to praise God in Joy, to ask in our hearts for the impossible or to pour out our feelings and cares to God. If ever there was a time that we might feel all the feelings, it is the year 2020.

We can change it through Teshuvah. We can recognize our mistakes and missteps, and offer sincere apologies. But that is not enough. Maimonides, also known as the Rambam explains that true teshuva means after recognizing errors and making amends as best as possible, true repentance only occurs when you are put in a similar situation, and act in a better way. We all make mistakes. How we act afterwards is what defines us.

(1) What is complete repentance? He who once more had in it in his power to repeat a violation, but separated himself therefrom, and did not do it because of repentance, not out of fear or lack of strength.

Maimonedes also teaches in his Mishneh Torah on Repentance that after a time, people are not given the opportunity to repent. But he then clarifies that it’s not that people are unable to repent, but God no longer places opportunities in their path to help them. He then identifies specific types of people who fit this category, one of whom is the person who cannot accept a rebuke. Someone who cannot admit they have a problem. And this is not only for each individual person, but also for societies as a whole.

(2) Among this group of twenty-four are five transgressions which block the way of repentance against the sinners, they are: (1) he who secedes from the community, for he would be absent at the time they repent and could not acquire aught in their virtuous performance; (2) He who opposes the decisions of the sages, for his opposition to them brings about his own separation from them, and he knows not the path leading to repentance; (3) he who disdains the precepts, for as they appear debased to him he does not pursue after them nor perform them, and without performance what virtue can he attain? (4) he who insults his masters, for such conduct brings about his displacement and repudiation, even as it happened to Gehazi2See II. Kings, 4.1G., and being repudiated he will not find a teacher to guide him to the path of truth; (5) He who despises criticism for he, indeed, left no path open for repentance, as it is criticism that begets repentance. Forsooth, when a man is informed that his sins are known, and that he should be ashamed of himself for his wrongdoings, he does repent. For example: it written in the Torah: "Remember, forget thou not, how thou didst make the Lord thy God wroth in the wilderness; from the day that thou didst go forth out of the land of Egypt, until ye came unto this place, ye have been rebellious against the Lord" (Deut. 9.7), and: "But the Lord hath not given you a heart to know" (Ibid. 29.3), and: "A foolish people and unwise" (Ibid. 32.6); and Isaiah, likewise, rebuked Israel and exclaimed: "Ah sinful nation!" (Is. 1.4) and, "The ox knoweth his owner" (Ibid. –3), and, "Because I knew that thou are obstinate" (Ibid. 48.4). Almighty, too, charged him to rebuke the sinners, saying: "Cry aloud, spare not" (Is. 58. 1). In like manner did all of the prophets criticise Israel until they turned in repentance. It is, therefore, necessary to appoint over each and every community in Israel a great scholar of mature age, God-fearing since his early youth, and loved by them, people, to preach to the public and turn them to repentance. But he who despises criticism does not come to hear the preacher and does not pay attention to his words, he, therefore, holds on to his sins, which to his eyes appear to be good.3Alfasi, Yoma, Chapter 8. 7a. G.

We need to grapple with the massive amount of suffering in our world today. From the genocide of the Uigher people in China, to the disproportionate imprisonment and death of Black men. From the antisemitism on both the left and the right. The list goes on and on.

Every time we ignore the evidence before our eyes, we lose an opportunity to repent. Stronger storms, devastating fires show that climate change is real. Yet we do nothing. When we saw Jacob Blake shot in the back by police after breaking up a fight,George Floyd killed for possibly using a counterfeit $20 bill, Breonna Taylor shot while in her own house in an act of wanton recklessness, while armed white men scream in the face of police officers in Michigan and are not even given a ticket, and we shut our eyes and ears to the events of the world around us, we miss the chance. How much more proof will it take? How long will it be until our hearts are hardened and we simply say, “That’s just the way the world is.” How long until we no longer have an opportunity to do teshuvah because we no longer see the wrongdoing happening right in front of our eyes?

We know right and wrong. We know we can do better. And we must. How else can we live up to the ideals we describe every Shabbat in the Prayer for our Country as

“the pride and glory of our country.”

Siddur Sim Shalom for Shabbat and Festivals, p148. "Prayer For Our Country"

For all of us who say “It’s too big for one person” “My vote doesn’t count”. All movements start with individuals. Every one of our actions has a ripple effect on the world. When we call out racism whenever we see it, instead of walking away, that is an act of teshuvah. When we demand action of our government to intervene in crimes against humanity, that is teshuvah. When we demand political movements admit that racism and anti-semitism are alive and well today, force them to grapple with that fact, and actually work to fix these issues, that is teshuvah. It doesn’t matter when we recognize that we have done wrong. It only matters that we do, and that we act l’taken olam, to fix the world.

On Rosh HaShanah it is written, on Yom Kippur it is sealed. But Teshuvah, Tefillah, and Tzedakah can avert an evil fate.

Awareness and willingness to act can bring about a change for good. Greed, lack of empathy, and unwillingness to change will lead inevitably down a road to ruin. The year 5780 was a year in which the consequences of the world’s action and inaction finally came to fruition. May 5781 be a year in which we rise to the occasion, where we

establish justice, insure domestic Tranquility, provide for the common defense, promote the general Welfare, and secure the Blessings of Liberty to ourselves and our Posterity.

We will do teshuva, we will pray, we will give tzedakah, and may our actions and our words bring light into this world. May it come speedily and in our days.

Have a meaningful Yom Kippur