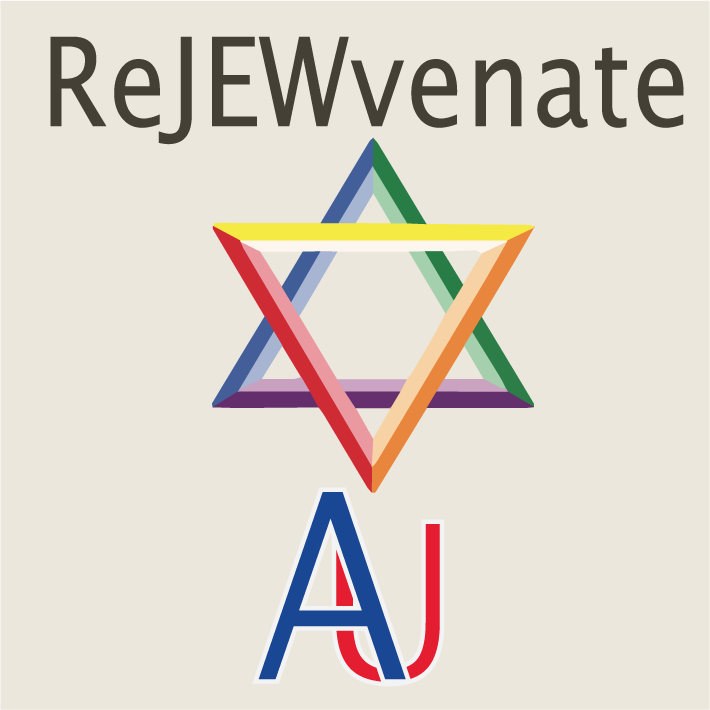 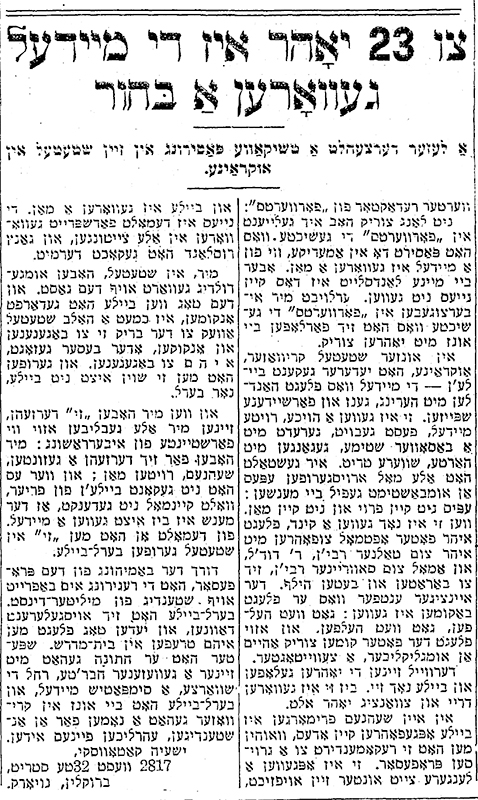 Worthy Editor:
Not long ago I read a story in the Forverts that took place in America, about how a girl became a man. But that’s not news to the people in the town where I’m from. Permit me to tell the story in your paper. In our shtetl of Krivozer, Ukraine, everyone knew Beyle, the girl who sold herring, geese, and other foodstuffs. She was a tall redhead and sturdily built. She also spoke with a deep bass voice and walked about with hard and heavy steps. The way she carried herself always brought forth an uncertain feeling: something like, she’s not quite a woman, but also not quite a man. When she was still a child, her father would often take her to see the Tolner Rebbe, Reb Dovidl, and sometimes to the Sadigura Rebbe, to ask for help. The only answer he ever got was “God will help, God will help.” The father would return home anguished and unhappy. In the meantime, the years flew by and Beyle grew, too, until she reached the age of 23. One fine morning, Beyle left for Odessa, where she was introduced to an important professor. She spent a long time under his care, under which Beyle eventually became a man. The story was well known and was in all the papers—all Russia talked of it. In the shtetl, we waited impatiently for her return. And on the day when Beyle was to arrive, half the shtetl ran to the bridge to greet her, or better said, to greet him. And she wasn’t called Beyle anymore: Now she was Berel. And when we saw “her,” it was as if we were stunned: Before our eyes was a handsome, healthy, redheaded man. Anyone who didn’t know Beyle previously would never have known that he had been a girl. From then on in the shtetl, “she” was called Berel-Beyle. With the help of the professor, the government freed him from military service. Berel-Beyle soon learned to daven and was in synagogue every day. Later on, he got married to an old girlfriend, Black Rachel, who was a nice girl. In our shtetl, Berel-Beyle always had a good name as a fine, upstanding Jew.