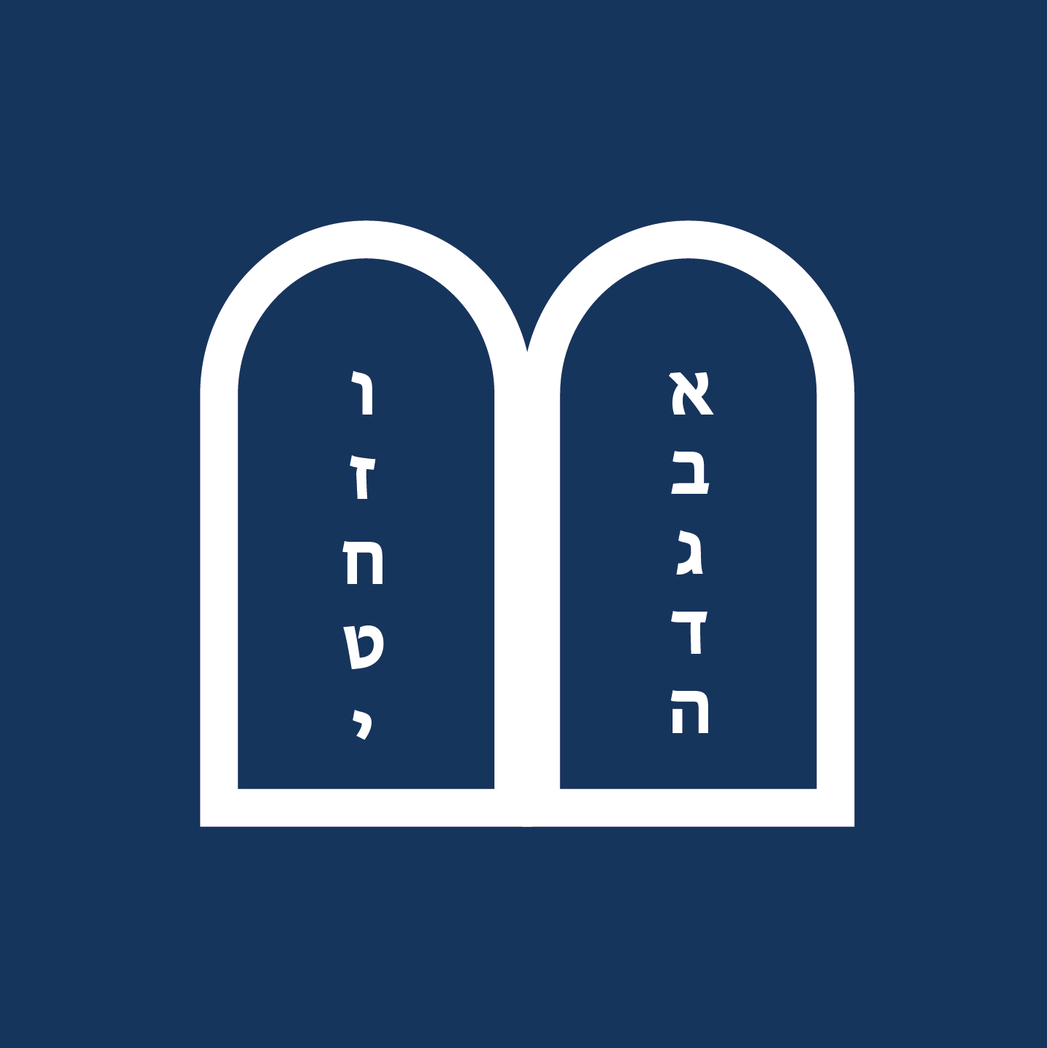 In many educational environments, students learn independently through reading and listening to lectures. Learning can also be somewhat competitive when students are pitted against each other to receive the highest grades. Jewish learning is based an a different system entirely. Students learn together, in Havruta (paired study), to work through the texts and challenge each other in an attempt to understand the true meaning.

Rabbi Ira Stone, a leading figure in the modern Mussar movement describes the facets of Havruta learning in the following paragraph.

Torah As A Spiritual Garment: The Mussar Of Learning, by Rabbi Ira Stone

…Learning begins with emulation but requires introspection and conscientious steps toward self-transformation. In the course of this process, as Torah more and more adheres to our souls, the specific content of Torah, the mitzvot and the halakhic and aggadic discourses, become the field upon which our Torah-bearing souls express themselves in concrete acts. Some of those acts comprise the middot/values that have been central in our transformation (that is, acts that incorporate the values themselves, such as leaving the corners of the fields unharvested for the poor), while other acts are interruptive (serving as reminders of the original values that aided in our becoming carriers of Torah, such as kashrut or tefillin).

The specific mode of Torah study that Jewish tradition highlights, an interactive mode whereby learning proceeds always in dialogue with another person, epitomizes the coming together of the various levels of Torah and Torah study that we’ve mentioned. In the very act of study we are always standing before another whose real presence, and real needs, filter the potential meaning of the text. The act of study in this hevruta (face-to-face) model requires prior attention to middot (character traits). Moreover, the text we are studying contains a history of such study encounters. The faces of the others who have labored in study over the very same texts transforms the text itself into an “other“ of whom we must be solicitous. It is this solicitousness of the other that distinguishes Torah l’sh’ma from other modes of learning, and it is learning as solicitousness of the other that places it at the heart of the Jewish spiritual journey.

The power of Havruta learning

While Rabbi Stone points out the empathetic nature of learning with a partner, the Talmud in Taanit shows a totally different aspect of Havruta learning. As opposed to the solicitousness of the other, this text uses the metaphors of iron, fire, and a sword to describe Havruta study. What do we learn from each metaphor?

The Gemara cites other expositions that deal with Torah study. Rabbi Ḥama, son of Rabbi Ḥanina, said: What is the meaning of that which is written: “Iron sharpens iron, so a man sharpens the countenance of his friend” (Proverbs 27:17)? This verse comes to tell you that just as with these iron implements, one sharpens the other when they are rubbed against each other, so too, when Torah scholars study together, they sharpen one another in halakha. Rabba bar bar Ḥana said: Why are matters of Torah compared to fire, as it is stated: “Is not My word like fire, says the Lord” (Jeremiah 23:29)? To tell you: Just as fire does not ignite in a lone stick of wood but in a pile of kindling, so too, matters of Torah are not retained and understood properly by a lone scholar who studies by himself, but by a group of Sages. And this is what Rabbi Yosei bar Ḥanina said: What is the meaning of that which is written: “A sword is upon the boasters [habaddim], and they shall become fools [noalu]” (Jeremiah 50:36)? This verse can be interpreted homiletically: There is a sword upon the enemies of Torah scholars, a euphemism for Torah scholars themselves, who sit alone [bad bevad] and study Torah. And not only that, but those who study by themselves grow foolish from their solitary Torah study, as it is stated: “And they shall become fools.”

As we saw in this text, learning with a Havruta sharpens each person. The discussions, conversations, and arguments raise the level of understanding but can also present a danger.

A Havruta in crisis

Until now, the texts have described the positive aspects of Havruta study - a caring relationship between study partners who are working together to decipher the Truth as transmitted through the Divine word.

The story of Rabbi Yohanan and Reish Lakish, a famous Havruta in the Talmud presents, is a cautionary tale of Havruta study that goes wrong. Under what circumstances can the words said in a Havruta go too far? Is there a line that shouldn't be crossed?

To get to the heart of the matter, we begin with the origin story of their relationship.

The text continues telling the story of the powerful Havruta of Rabbi Yohanan and Reish Lakish. Here we will see what happens when a Havruta goes wrong - when they go too far.

Eventually, Reish Lakish became one of the outstanding Torah scholars of his generation. One day the Sages of the study hall were engaging in a dispute concerning the following baraita: With regard to the sword, the knife, the dagger [vehapigyon], the spear, a hand sickle, and a harvest sickle, from when are they susceptible to ritual impurity? The baraita answers: It is from the time of the completion of their manufacture, which is the halakha with regard to metal vessels in general. These Sages inquired: And when is the completion of their manufacture? Rabbi Yoḥanan says: It is from when one fires these items in the furnace. Reish Lakish said: It is from when one scours them in water, after they have been fired in the furnace. Rabbi Yoḥanan said to Reish Lakish: A bandit knows about his banditry, i.e., you are an expert in weaponry because you were a bandit in your youth. Reish Lakish said to Rabbi Yoḥanan: What benefit did you provide me by bringing me close to Torah? There, among the bandits, they called me: Leader of the bandits, and here, too, they call me: Leader of the bandits. Rabbi Yoḥanan said to him: I provided benefit to you, as I brought you close to God, under the wings of the Divine Presence. As a result of the quarrel, Rabbi Yoḥanan was offended, which in turn affected Reish Lakish, who fell ill. Rabbi Yoḥanan’s sister, who was Reish Lakish’s wife, came crying to Rabbi Yoḥanan, begging that he pray for Reish Lakish’s recovery. She said to him: Do this for the sake of my children, so that they should have a father. Rabbi Yoḥanan said to her the verse: “Leave your fatherless children, I will rear them” (Jeremiah 49:11), i.e., I will take care of them. She said to him: Do so for the sake of my widowhood. He said to her the rest of the verse: “And let your widows trust in Me.” Ultimately, Rabbi Shimon ben Lakish, Reish Lakish, died. Rabbi Yoḥanan was sorely pained over losing him. The Rabbis said: Who will go to calm Rabbi Yoḥanan’s mind and comfort him over his loss? They said: Let Rabbi Elazar ben Pedat go, as his statements are sharp, i.e., he is clever and will be able to serve as a substitute for Reish Lakish. Rabbi Elazar ben Pedat went and sat before Rabbi Yoḥanan. With regard to every matter that Rabbi Yoḥanan would say, Rabbi Elazar ben Pedat would say to him: There is a ruling which is taught in a baraita that supports your opinion. Rabbi Yoḥanan said to him: Are you comparable to the son of Lakish? In my discussions with the son of Lakish, when I would state a matter, he would raise twenty-four difficulties against me in an attempt to disprove my claim, and I would answer him with twenty-four answers, and the halakha by itself would become broadened and clarified. And yet you say to me: There is a ruling which is taught in a baraita that supports your opinion. Do I not know that what I say is good? Being rebutted by Reish Lakish served a purpose; your bringing proof to my statements does not. Rabbi Yoḥanan went around, rending his clothing, weeping and saying: Where are you, son of Lakish? Where are you, son of Lakish? Rabbi Yoḥanan screamed until his mind was taken from him, i.e., he went insane. The Rabbis prayed and requested for God to have mercy on him and take his soul, and Rabbi Yoḥanan died.

If we decide to view a Havruta as any pair of people who are using texts in their discussions, we could say that Rabbi Meir and his wife, Berurya, are also a Havruta. The text below relates an interaction between Rabbi Meir and Berurya and allows us to see the characteristics of an exemplary Havruta.

In this story, Rabbi Meir is concerned about his neighbors who he believes are endangering the community by wanting to physically resist the Romans who are ruling Israel. Rabbi Meir would like God to kill them while Berurya has a different idea.

Thinking back on all of the examples of Havruta learning that we have studied, what do you think is the power of the Havruta?

A Havruta partnership built on trust and empathy, where the partners respect each other enough to argue and debate, all with the goal of reaching a greater understanding of Torah, is a true gift of Jewish learning.