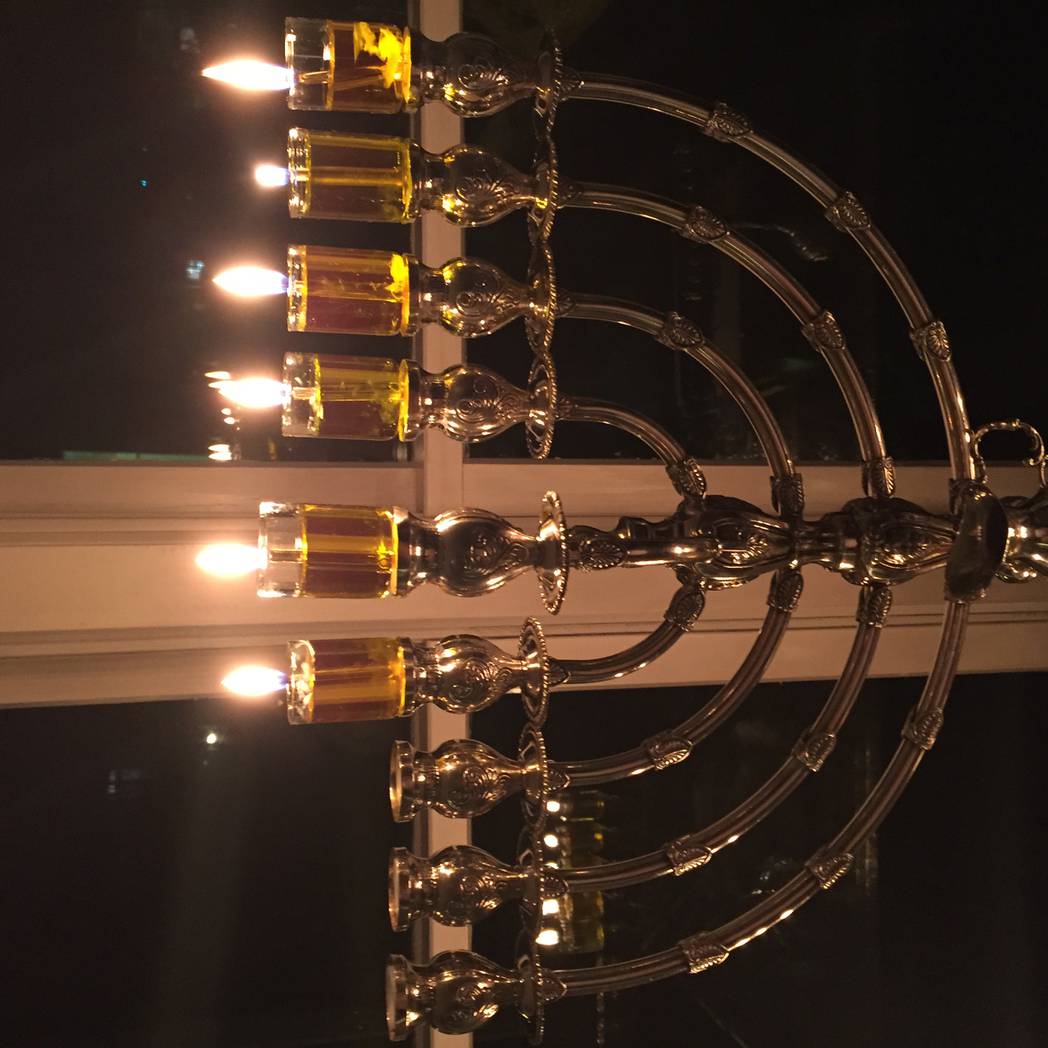 Chanukah and the Mishnah
1א

This source sheet is a work in progress. Comments, questions and criticisms can be sent to [email protected]

In the future I plan to provide a running commentary to the Mishnayos and Toseftas copied below. For now, the translations comes from Sefaria

One of the most elusive questions about Chanukkah (other than why the holiday lasts eight nights) is the almost complete absence of discussion about Chanukkah in the Tannaitic literature. While it is a significant festival in the Jewish calendar, it is mostly neglected in the Mishna and Tosefta. It is not until the Talmud asks "מאי חנוכּה" that the traditional Rabbinic texts grapple with the holiday and its laws. In comparison, Purim and communal fast days (each being post-Biblical additions as well) get their own Tractates in which their respective laws are discussed and explicated.

A variety of reasons are given for this "oversight" in both the "Traditionalist" and the "Academic" camps. The Traditionalists answers include:

On the "Academic" side, I have found two potential theories.

Whatever the case may be, I note below eight instances where the Mishnah mentions Channukah (I have located three additional references in the Tosefta as well). As noted, none of the references speak directly to Halachos of Chanukkah per se. Rather, Chanukkah is a counterpoint to the Halacha under discussion. At times it's used as a time reference, i.e., you can only do such and such up until Chanukkah, for others, Chanukkah may alter the practice of a different law (determining the particular Torah portion to be read), while for others, it may be included within a broader law (e.g., Hallel).

Through studying the below Mishnayos perhaps you will be able to discern a pattern that can answer the question that bothered many for so long.

** Megillas Taanis was a late Second Temple compilation of important dates, both holidays and fast days, observed by Jews during this period of time. Both Purim and Chanukkah are mentioned as well as many other minor days. The import of being included was to prohibit fasting and eulogies prior to or after these days. Eventually, most likely post-destruction, these days fell by the wayside with only Purim and Chanukkah standing the test of time. (text of Megillas Taanis can be found at the end of this source sheet)

This Mishna describes the two components of the Mitzvah of Bikkurim (bringing the first-fruits to the Temple). The two components are "bringing" the fruit to the Temple, the second, was the obligation to make a declaration by reading a prescribed portion of the Torah. The Mishna notes that one may bring Bikkurim after Sukkos but that one should not read the declaration

The Jewish calendar is a lunar calendar, meaning it follows the phases of the moon as it orbits the earth. This orbit takes approximately 29.5 days. When the first tiny sliver of the moon reappears, it is called the “Molad,” the birth of the new moon. If witnesses testify to having seen the Molad, the Beis Din will declare the day to be Rosh Chodesh. As a result, a Jewish month lasts either 29 or 30 days--so that Rosh Chodesh is either on the 30th or 31st day of the preceding month. Knowing on which day Rosh Chodesh falls is important for many reasons--most importantly, to set the calendar

While today it is easy to instantaneously disseminate information over the phone, internet and social media, back in the times of the Mishna, communication was much, much slower. The main way of sending information was by messenger--which could take weeks to reach its destinatio.

And because the Jewish People lived not only in Eretz Yisroel but in many far-away lands, the Beis Din had to make sure the information reached these communities. Our Mishna details how for many of the months of the year the Beis Din would send messengers. For our purposes, note that Kisleiv was one of the months messengers were sent out, so that the people would know when to celebrate Chanukkah

As noted above, on days listed in Megillas Taanis one is not allowed to fast. Our Mishna discusses a situation whereby the Chachomim ordained a series of fasts (presumably to pray for rain) and one of those fast days falls on Chanukkah, Purim or Rosh Chodesh. The Mishna's question is whether the series continues or must it be broken

(10) Public fasts are not to be ordered to take place on the feast of new moon, nor on that of dedication and of lots [pureem]; but if the fast has been already commenced thereon, it need not be broken. Such is the opinion of Rabbon Gamaliel. Rabbi Meir says, "Although Rabbon Gamaliel has said that the fast need not be broken, he agrees that on these days they are not to fast the whole of the day; and thus is it with the [fast of the] ninth of Av, when it happens on a Friday."

(4) When the new moon of Adar happens on a Sabbath, the section Shekalim (Exod. 30:11), is to be read; if it happen on any other day, that section must he read on the preceding Sabbath, and nothing additional is read on the following Sabbath. On the second, the section ‏of Zachor (Deut. 15:14), is to be read; on the third, that of the red heifer, ‏ Parah (Num. 19); on the fourth, that of ‏Hachodesh (Exod. 17); on the fifth, they return again to the regular order. The regular order [of Aphtoroth] is also to be interrupted on the feast of new moon, on that of dedication, on Purim, and on public fast-days, also on the fast of the standing men.

Our Mishna details the specific Torah reading for various special days. For Chanukkah, we read the Nessi'ims' dedication of the Mishkan The Torah describes how on each of the first 12 days of Nissan, one of the Tribal Leaders would bring a special Korban (each Nasi brought the exact same Korban). Because Chanukkah also celebrates the re-dedication of the temple (or perhaps the original dedication of the Temple) it is only appropriate to read from this portion

(6) On Hanukkah, the section of the offerings of the princes (Num. 7) must be read; on Purim, that of ‏Vayavoh Amalek (Exod. 9:8); on the feast of new moon, ‏ Uverashei Chodshaichem‎ (Num. 18:11); on the fast-days for the standing men, the history of the creation (Gen. 1); on fast-days, the section containing the blessings and maledictions (Lev. 26:3), the denunciations therein contained must be read without interruption, namely, one man must read the whole [chapter].

Our Mishna describes various funeral and mourning rituals and whether they are permitted on special days, like Chanukkah

(9) On Rashei Chodashim [the first day of the new month, on which special prayers and sacrifices are offered], on Chanukah, and on Purim [women] may wail and clap, but must not sing lamentations. When the corpse is interred, they may neither wailing nor clap. What is "wailing"? When all of them wail as one. "Sing lamentations": when one recites and all of the others respond after her, as it is said, "Teach your daughters wailing and a woman her fellow a lamentation," (Jeremiah 9:19). But in the future to come he [Isaiah] says, "He will swallow death for ever, and Lord God will erase tears from all faces, etc.," (Isaiah 25:8).

Perhaps the most famous of all the Mishnayos mentioning Chanukkah, this Mishna describes the liability (or lack thereof) if one's Channukah lamp causes a fire and damages someonelse's property

(6) If a spark went out from under the hammer and caused damage, he is liable. If a camel laden with flax passed by in the public domain and its load of flax entered into a shop and caught fire from the storeowner's candle and lit a large house on fire, the owner of the camel is liable. But if the shopkeeper left his candle outside, the shopkeeper is liable. Rabbi Judah says: If it was a Hannukah light, he is he is exempt.

The Mishnah in Ta'anis (4:4) teaches that on any day that "full" Hallel is recited there was no Mamod ceremony during the morning Tefillah. Such days include the eight days of Chanukkah.

At the beginning of the Second Commonwealth there was a need for wood to keep the pyres on the alter burning. Tradition states that a number of families stepped up and donated wood to the Beis HaMikdash. They were rewarded with the honor of doing so each year. This Mishnah sets forth the various families and dates on which they brought the wood.* As an aside, the Mishnah notes that on the First of Teves there was no "mamod" since on that day there was the confluence of full Hallel (in honor of Chanukah), Musaf (in honor of Rosh Chodesh) and Mincha/Neilia (in honor of the Korban Eitzim).

* For a more fulsome discussion of the Korban Eitzim see my source sheet " Tisha B'Av and the Churban Through the Prism of the Mishnah" available here: https://www.sefaria.org/sheets/74389?lang=bi

The Tosefta is related to Bava Kama 6:6 and adds the reason as to why, according to Rabi Yehudah you are exempt from liability.

Our Tosefta lists the 18 days on which one reads a "full" Hallel. The eight days of Chanukkah are included in the list

(undefined) On the twenty fifth of the month is Channuka, eight days on which one does not eulogize

(undefined) because when the Greeks entered the Temple they defiled all the oil there. When the hand of the Hasmoneans was made strong and they defeat the Greeks, they checked (in the Temple) and only found one jar of oil sealed with the mark of the High Priest which remained undefiled. Though there was only enough in it to light for one day, a miracle occurred through it and they lit the Temple lamps from it for eight days. The following year they decreed these to be eight days of celebration. And what justification did they see for making Channuka eight days? Wasn’t the dedication (channuka) which Moshe did in the wilderness only seven days? As it says “And you shall not leave the entrance of the Tent of Meeting for seven days…” (Vayikra 8:33) And it says “The one who brought his offering on the first day was…” (Bamidbar 7:12) and on the seventh day Ephraim made his offering. So too we find at the dedication which Shlomo made that it only lasted seven days, as it says “…for the inauguration of the altar they made seven days, and the feast seven days.” (Divre HaYamim II 7:9) So what reason did they see to make this dedication eight days? In the days of the kingdom of Greece the Hasmoneans entered the Temple, built the altar, plastered it with plaster and for seven days they were preparing the vessels for service. The re-dedication done by the Hasmoneans it to be marked for all generations. And why is it a practice for all generations? They fixed it when they came out from a narrow place into broad spaces, and they said praises and thanksgiving, lighting lamps in purity. Since the Greeks had gone into the Temple and defiled all the vessels, there was nothing with which to light. When the Hasmoneans were victorious, they brought seven skewers of iron, covered them with tin and began to light.