Does לא בשמים היא mean that anything goes and we can do whatever we want?
RS 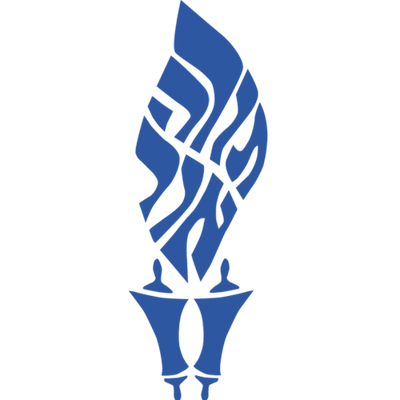 Note that the underlines are mine and are not in the original sources.

And this idea, that one must exert great effort to retain one’s Torah knowledge, is in accordance with what Avdimi bar Ḥama bar Dosa said: What is the meaning of that which is written: “It is not in heaven…nor is it beyond the sea” (Deuteronomy 30:12–13)? “It is not in heaven” indicates that if it were in heaven, you would have to ascend after it, and if it were beyond the sea, you would have to cross after it, as one must expend whatever effort is necessary in order to study Torah.

(1) in your mouth, and in your heart The essence of all the commandments is in one’s heart; but they also entail deeds, so that one may recall them with the words of one’s mouth.

(2) לא נפלאת היא ממך, so that you would need to ask the prophets in order to understand it correctly.

Contemporary Halakhic Problems, Vol. I, Introduction, The Methodology of Halakhah 4.

Although the Torah itself is immutable, the Sages teach that the interpretation of its many laws and regulations is entirely within the province of human intellect. Torah is divine but "lo ba-shamayim hi—it is not in the heavens" (Deut. 30:12); it is to be interpreted and applied by man. A remarkable corollary to the principle of the immutability of the Torah is the principle that, following the revelation at Sinai, no further heavenly clarification of doubt or resolution of ambiguity is possible. Clarification and elucidation are themselves forms of change. Since there can be no new revelation, a prophet who claims the ability to resolve disputed legal points by virtue of his prophetic power stands convicted by his own mouth of being a false prophet.

However, in my humble opinion, [the scholars of earlier generations,] despite their inferiority when compared to the Torah scholars of [still] earlier generations, and, therefore, their concern lest they rule in error—an error known to Hashem—did not refrain from assuming the obligation to do so. The Torah instructs us, "It is not in heaven" [Deuteronomy 30:12]. Each posek must rule as he sees fit, after meticulous study and analysis of all the relevant texts and prior rulings, to the best of his ability, fully cognizant of the heavy responsibility he has assumed in applying Hashem's Torah to the life of the Jew. If, after all his efforts, his ruling does not concur with that known to Hashem, he may take comfort in the statement of our sages: "Both these and those are the words of our Living Lord" [Eruvin 13a]. If he makes his decision with due diligence, he will be rewarded for his efforts even though he has not divined the real truth.

What Is the Authority of the Torah?
Each Sunday morning, some TV preachers hold up Bibles and presume that ultimate authority can be lifted straight out of that book. They argue that the Bible says it, so that settles it. Many Jews have adopted that same approach, insisting that “Torah” Judaism is one in which the Torah has the final word—specifically that the p’shat is final. Thus, anyone who acts against the p’shat of the Torah is violating the will of God and going against the teachings of Judaism.

Yet that assessment of how we should live the Torah is really an act of assimilation, taking on the standards of one type of Christianity as though it were all of traditional Judaism. In reality, Judaism has always insisted that the Torah means what the rabbinic sages say it means and that the p’shat may be interesting from the perspective of study and scholarship (that is, to find out what the Torah meant in its ancient Near Eastern context), but the p’shat is virtually irrelevant to what the Torah means for us today. For that relevance, we have always turned to the drash—the Torah as it is read by each generation of Jews. Not only is that nonfundamentalist Judaism traditional, it is a necessary implication of a belief in Torah sheh be-al peh (an oral teaching that parallels, elucidates, and implements the written teaching). The written Torah means what the oral Torah understands it to mean.

One need not look far for examples in rabbinic writings. The Torah specifies that one cannot exempt oneself from a vow, yet the rabbis disregard the p’shat of the Torah to allow for rabbinic annulment of unwise vows. The Torah specifies the death penalty for certain L e v i t i c u s 201 crimes, but rabbinic interpretation virtually reads capital punishment out of existence—in disregard of the biblical view. The Torah prohibits touching the corpse of an animal that is tamei, yet Jewish law permits it. These are not acts of rebellion, but an assertion that the Torah “is not in heaven”; it is ours to interpret and align with the moral insights of each age. It is a way of continuing to hear the voice of the living God through its words.