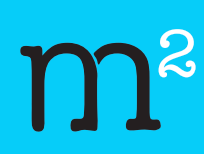 The Institute for Experiential Jewish Education

Our Rabbis have taught, it happened to R. Yochanan ben Beruka and R. Elazar ben Chisma, that they went to visit R. Yehoshua in Pekiin. He said to them, What innovation was there in the house of study today? They said to him: We are your students, and of your waters do we drink. He said to them: Even so, it is impossible for the house of study to be without something new. Whose week was it? It was R. Elazar ben Azariah's. And what was the discussion on today? They said to him: On the section of Hakhel ("Assembly"). And what was his exposition? (Deuteronomy 31:12) "Assemble the people, the men and the women and the little ones". If the men come to learn, and if the women come to hear, why do the little ones come? In order to give reward for those that bring them. He said to them: There was a beautiful pearl in your hand, and you sought to deprive me of it!

When Moshe ascended to the heavens, he found the Holy One, Blessed be He, sitting and attaching crowns to the letters. He said before Him, "Master of the Universe! Who is staying your hand?" He said to him, "There is one man who wil exist after many generations, and Akiva the son of Yosef is his name, who will in the future expound on every crown and crown piles and piles of laws." He said before Him, "Master of the Universe! Show him to me." He said to him, "Turn backwards." He went and sat at the end of eight rows [of students in Rabbi Akiva's Beit Midrash], and he did not know what they were talking [about]. He got upset. As soon as he got to one [other] thing, his students said to him, "Our teacher, from where do you learn this?" He said to them, "It is a law [that was taught] to Moshe at Sinai." He calmed down.