(1) "Make for yourself a (Torah) mentor": Rambam explained, “Even though he is not fit to be your teacher, make him into your teacher and do not learn on your own.” And I heard, “'Make for yourself a teacher,' [meaning] that he should take on one teacher from which always to learn – and not learn from one today and from another one tomorrow." And even though they stated in tractate Avodah Zara 19, “One who learns from [only] one teacher will not see a sign of blessing;” they have already explained and said, “this applies to reasoning” - as it is good for him to hear the reasoning of the many - “but with concern to [memorization of traditional teachings], it is better from one teacher, so that [the student's] elocution not be damaged."

(1) The Supreme Court in Jerusalem represents the essence of the Oral Torah. Its members are the pillars of direction; law and order emanate from them to all of Israel. Concerning them the Torah assures us, as it is written: "You shall act in accordance with the directions they give you" (Deuteronomy 17:11). This is a positive command. Anyone who believes in Moses, our teacher, and in his Torah, must relate religious practices to them and lean upon them.

(2) — — Whether their direction is based upon what they have learned from tradition, referred to as the Oral Torah, or it is derived from what they have independently discovered by means of any of the rules whereby the Torah is interpreted, and meets with their approval, or it is in the form of temporary regulations designed to preserve the biblical laws, measures consisting of decrees and ordinances and customs, we are biblically commanded to obey our sages with regard to any of these three categories. Whoever disregards one of them breaks a prohibitive command.— —

(3) There has never been dissension [among the sages] with regard to laws handed down by tradition. Anything concerning which there has been dissension is certainly not a tradition dating back to Moses, our teacher. Rules derived by rational inference, if sanctioned by all the members of the Supreme Court, are invested with authority indeed; if there is a divergence of opinion among the sages, we follow the majority and formulate the law according to the greater number. The same applies to the decrees, ordinances and customs : if some sages felt that it was appropriate to issue a decree or to enact an ordinance, or that the people should abandon a certain custom, and others felt that it was improper to issue that decree or to enact that ordinance, or that the people should not discontinue that custom, they would debate the subject and follow the majority opinion, formulating the law according to the greater number.

(4) When the Supreme Court was in existence, there was no religious dissension among the people of Israel. If doubt came to the mind of a Jew concerning any law, he consulted the court of his home town. If they knew, they told him; if not, he was joined by that court or its agents and together they went up to Jerusalem where they submitted the question to the court that was situated at the entrance of the Temple Mount. If they knew, they told him; if not, they all proceeded to the court at the entrance of the Temple Court. If they knew, they told them; if not, they all went to the Supreme Court which occupied the chamber of hewn stone, and put the question to the judges. If the law concerning which they were all in doubt was known to the Supreme Court, either from tradition or from a principle of biblical interpretation, they stated it immediately. If the members of the Supreme Court were uncertain about that specific law, they dealt with it in their own time, and debated it until they eventually reached unanimous agreement or passed the measure by vote, following the majority opinion, and told all the questioners: "This is the law." And they went away. When, however, the Supreme Court ceased to exist, religious dissension increased in Israel: one scholar would declare a thing unclean and give a reason for his statement, while another would declare it clean and give a reason for his statement; one would forbid, while the other would permit.

(5) If two scholars, or two courts of law, whether contemporary or not, are in disagreement at a time when a Sanhedrin is nonexistent, or before a specific law has become clear to the Sanhedrin, follow the stringent view with regard to biblical law and the lenient view with regard to rabbinic law, if you do not know which way the law is prone. 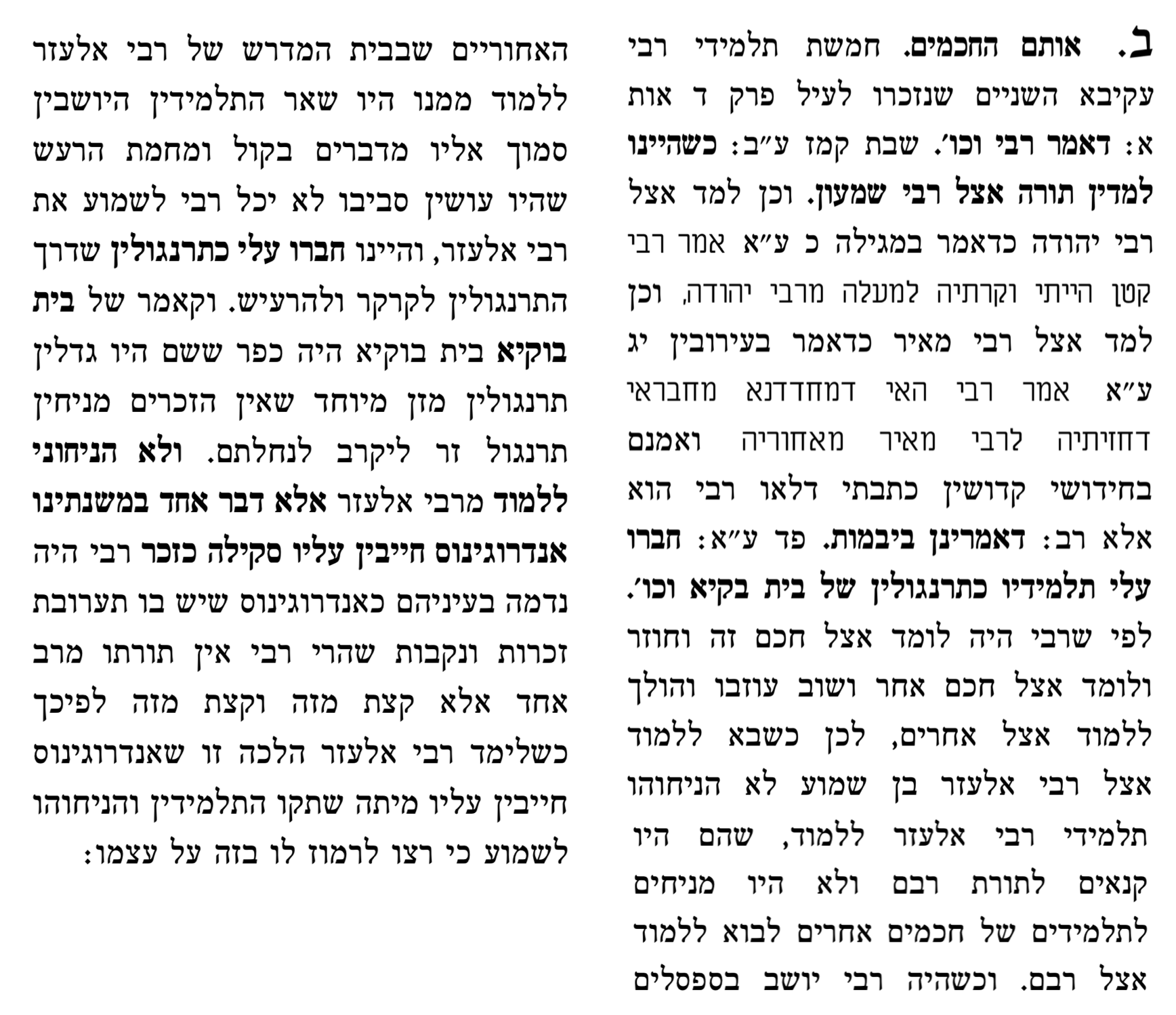