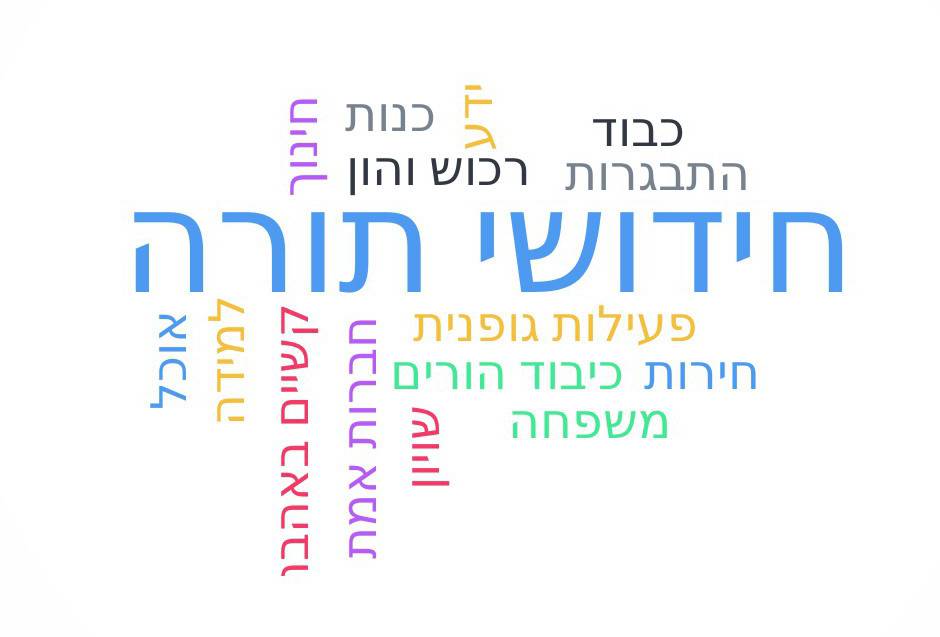 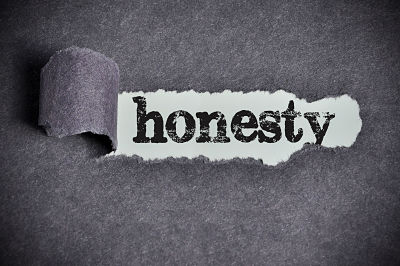 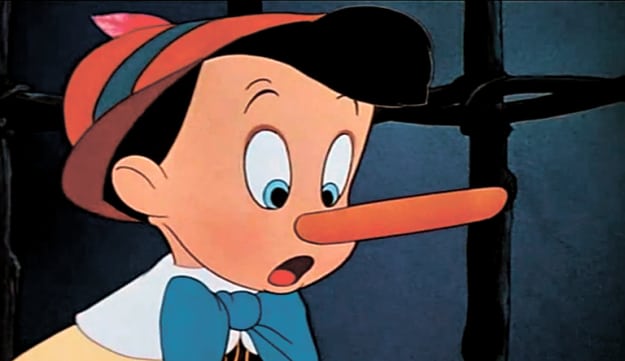 Psalms 85:12
Truth springs up from the earth; justice looks down from heaven. 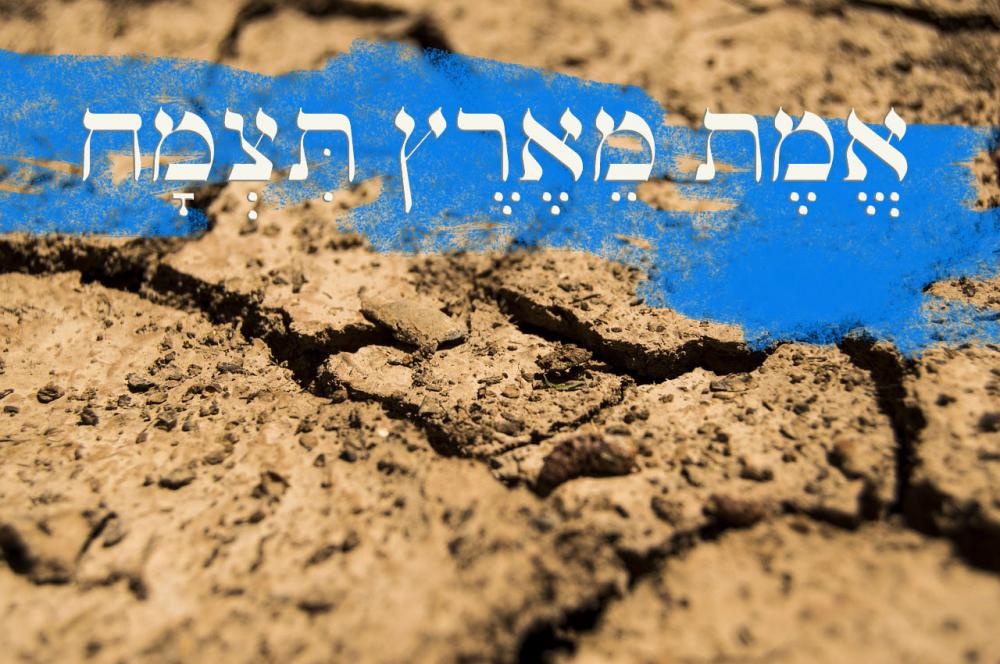 Genesis 1:26
(26) And God said, “Let us make man in our image, after our likeness. They shall rule the fish of the sea, the birds of the sky, the cattle, the whole earth, and all the creeping things that creep on earth.”

Ketubot 17a:1
One recites praise of the bride as she is, emphasizing her good qualities. And Beit Hillel say: One recites: A fair and attractive bride. Beit Shammai said to Beit Hillel: In a case where the bride was lame or blind, does one say with regard to her: A fair and attractive bride? But the Torah states: “Keep you from a false matter” (Exodus 23:7). Beit Hillel said to Beit Shammai: According to your statement, with regard to one who acquired an inferior acquisition from the market, should another praise it and enhance its value in his eyes or condemn it and diminish its value in his eyes? You must say that he should praise it and enhance its value in his eyes and refrain from causing him anguish. From here the Sages said: A person’s disposition should always be empathetic with mankind, and treat everyone courteously. In this case too, once the groom has married his bride, one praises her as being fair and attractive.
רש"י על כתובות ט״ז ב:י״ב:א׳ 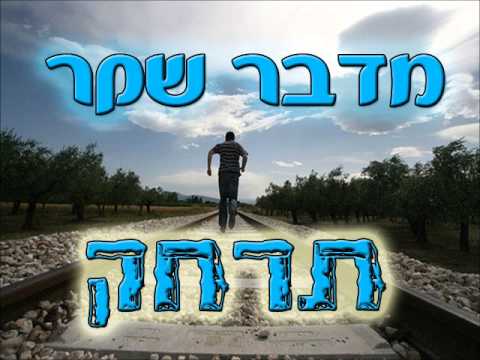 Exodus 23:7
Keep far from a false charge; do not bring death on those who are innocent and in the right, for I will not acquit the wrongdoer.

Sforno on Exodus 23:7:1
מדבר שקר תרחק, the Torah addresses the judge, telling him to stay clear of anything which could create the impression that he has dealings with something corrupt. Our sages enlarge on this, cautioning that the judge must be careful with all his utterances so that a liar cannot exploit his words for his own nefarious purposes. (Avot 1,9) 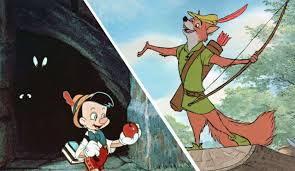 Genesis 18
(1) The LORD appeared to him by the terebinths of Mamre; he was sitting at the entrance of the tent as the day grew hot. (2) Looking up, he saw three men standing near him. As soon as he saw them, he ran from the entrance of the tent to greet them and, bowing to the ground, (3) he said, “My lords, if it please you, do not go on past your servant. (4) Let a little water be brought; bathe your feet and recline under the tree. (5) And let me fetch a morsel of bread that you may refresh yourselves; then go on—seeing that you have come your servant’s way.” They replied, “Do as you have said.” (6) Abraham hastened into the tent to Sarah, and said, “Quick, three seahs of choice flour! Knead and make cakes!” (7) Then Abraham ran to the herd, took a calf, tender and choice, and gave it to a servant-boy, who hastened to prepare it. (8) He took curds and milk and the calf that had been prepared and set these before them; and he waited on them under the tree as they ate. (9) They said to him, “Where is your wife Sarah?” And he replied, “There, in the tent.” (10) Then one said, “I will return to you next year, and your wife Sarah shall have a son!” Sarah was listening at the entrance of the tent, which was behind him. (11) Now Abraham and Sarah were old, advanced in years; Sarah had stopped having the periods of women. (12) And Sarah laughed to herself, saying, “Now that I am withered, am I to have enjoyment—with my husband so old?” (13) Then the LORD said to Abraham, “Why did Sarah laugh, saying, ‘Shall I in truth bear a child, old as I am?’ (14) Is anything too wondrous for the LORD? I will return to you at the same season next year, and Sarah shall have a son.” (15) Sarah lied, saying, “I did not laugh,” for she was frightened. But He replied, “You did laugh.” (16) The men set out from there and looked down toward Sodom, Abraham walking with them to see them off. (17) Now the LORD had said, “Shall I hide from Abraham what I am about to do, (18) since Abraham is to become a great and populous nation and all the nations of the earth are to bless themselves by him? (19) For I have singled him out, that he may instruct his children and his posterity to keep the way of the LORD by doing what is just and right, in order that the LORD may bring about for Abraham what He has promised him.” (20) Then the LORD said, “The outrage of Sodom and Gomorrah is so great, and their sin so grave! (21) I will go down to see whether they have acted altogether according to the outcry that has reached Me; if not, I will take note.” (22) The men went on from there to Sodom, while Abraham remained standing before the LORD. (23) Abraham came forward and said, “Will You sweep away the innocent along with the guilty? (24) What if there should be fifty innocent within the city; will You then wipe out the place and not forgive it for the sake of the innocent fifty who are in it? (25) Far be it from You to do such a thing, to bring death upon the innocent as well as the guilty, so that innocent and guilty fare alike. Far be it from You! Shall not the Judge of all the earth deal justly?” (26) And the LORD answered, “If I find within the city of Sodom fifty innocent ones, I will forgive the whole place for their sake.” (27) Abraham spoke up, saying, “Here I venture to speak to my Lord, I who am but dust and ashes: (28) What if the fifty innocent should lack five? Will You destroy the whole city for want of the five?” And He answered, “I will not destroy if I find forty-five there.” (29) But he spoke to Him again, and said, “What if forty should be found there?” And He answered, “I will not do it, for the sake of the forty.” (30) And he said, “Let not my Lord be angry if I go on: What if thirty should be found there?” And He answered, “I will not do it if I find thirty there.” (31) And he said, “I venture again to speak to my Lord: What if twenty should be found there?” And He answered, “I will not destroy, for the sake of the twenty.” (32) And he said, “Let not my Lord be angry if I speak but this last time: What if ten should be found there?” And He answered, “I will not destroy, for the sake of the ten.” (33) When the LORD had finished speaking to Abraham, He departed; and Abraham returned to his place. 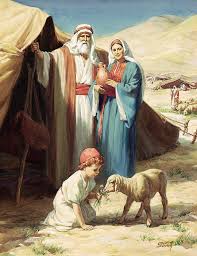 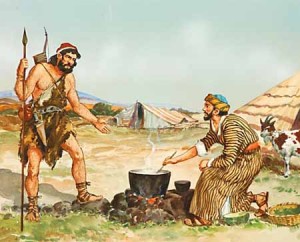