Power of Midrash ~ Midreshei Halachah I ~ The first month
NA 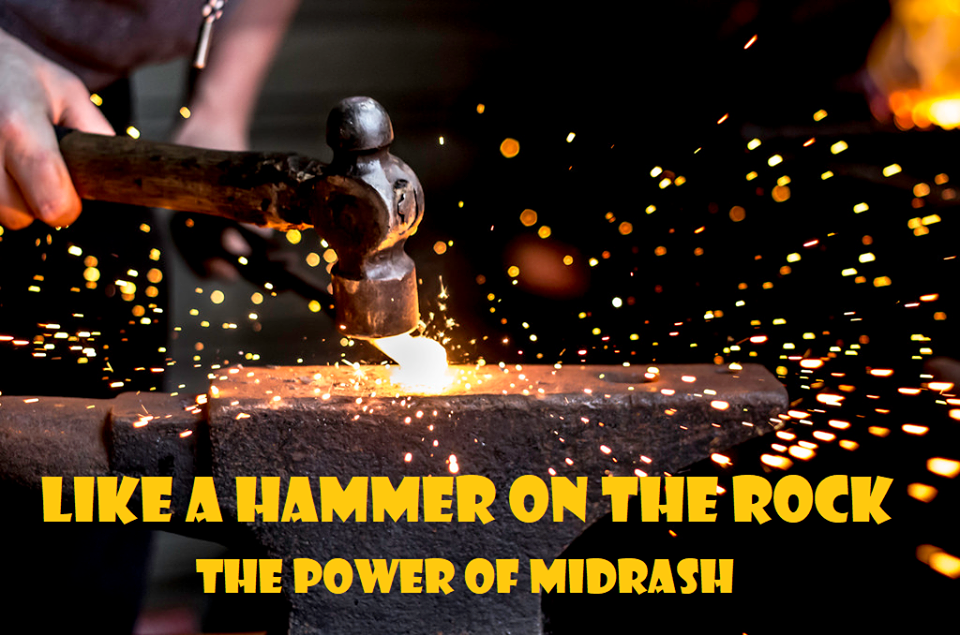 (3) Speak to the whole community of Israel and say that on the tenth of this month each of them shall take a lamb to a family, a lamb to a household. (4) But if the household is too small for being with a lamb, he takes, and his neighbor who dwells nearby, in proportion to the number of persons: you shall apportion the lamb according to what each will eat.

(21) Moses then summoned all the elders of Israel and said to them, “Pull yourselves together! Pick out lambs for your families, and slaughter the passover [sacrifice].

(1) Observe the month of Abib and offer a passover sacrifice to the LORD your God, for it was in the month of Abib, at night, that the LORD your God freed you from Egypt. (2) You shall slaughter the passover sacrifice for the LORD your God, from the flock and the herd, in the place where the LORD will choose to establish His name. (3) You shall not eat anything leavened with it; for seven days thereafter you shall eat unleavened bread, bread of distress—for you departed from the land of Egypt hurriedly—so that you may remember the day of your departure from the land of Egypt as long as you live. (4) For seven days no leaven shall be found with you in all your territory, and none of the flesh of what you slaughter on the evening of the first day shall be left until morning. (5) You are not permitted to slaughter the passover sacrifice in any of the settlements that the LORD your God is giving you.

This is the [first] month to you ~ The first ancestors did not count it. Is it possible that the first ancestors did not count it? Behold, the Torah was not given in their days, but from the moment Torah was given and onward, the first comers (ie, the other nations) would count. No, this is not possible: the text says - "for you". You count it [as the first month], and the other nations do not.

"It is the first month for you of the months of the year" - a second Nisan should not be done.

If the house is too small [to be for a lamb] - it teaches that they may decrease themselves in number continuously, provided that one from the fellowship remains, those are the words of R. Yehudah. Rabbi Yosi says: whether from the first or second fellowships, and provided that they do not leave behind any quantity of the Passover [sacrifice], the text says: '[being] for a lamb' - that is, [for maintaining it alive] for eating, and not for acquiring. Rabbi [Yehudah HaNasi] says: even for acquiring since if he does not have, he appoints others for his place, and [selects] coins for non-holy [purposes] that were taken at the outset only for this.

"And he will take" - this teaches that each and every fellowship takes for itself, from here they said 'we do not slaughter the Passover [sacrifice] for an individual from the outset, as it is written "You are not to slaughter the Passover [sacrifice] in/for one (Deuteronomy 16:5), these are the words of Rabbi Yehudah. Rabbi Yosi says: there are moments when he is only one, and we do slaughter for him, there are times when they are ten and we do not slaughter for them. How is it possible? If he is one, and is able to eat it all, we slaughter it for him; ten, and they cannot eat it all, we do not slaughter for them so that they won't invalidate the Passover [sacrifice]. "And his neighbor" - Ben Bag Bag says: [from this] I only understand [lit. hear] his neighbor in the fields, from where [do I derive] his neighbor under the same roofs? The text says "close to his house": door [next] to door. Rabbi [Yehudah HaNasi] says - three are spoken of: 'his neighbor' - this is his neighbor in the fields; 'and his neighbor' - this is his neighbor under the roof; 'close' this is the neighbor close to his house, next to the door. [In] The Egyptian Passover his neighbor [was] close to his house, and in the Passover for the other generations, his neighbor is not close to his house. Rabbi Shimeon says: Even in the Passover for the generations his neighbor is [defined as] close to his house, and the Torah only said this due to the ways of peace, so that a person would not settle one's friends, and one's close neighbors, and one's acquaintances, and one's more distant acquaintances, and one of the dwellers of his town, and then goes and does his Passover with other people so as to fulfill what is written: 'a close neighbor is better than a distant brother' (Ecclesiastes 27:10). "In proportion" [quota] - the only 'proportion' is a minian, and so He says "and the quota [levy] for Ad-nai thirty two people [lit. souls]' (Numbers 31:30). Is it possible that it is a mitzvah to slaughter to his minian and if he did not slaughter it to his minian he transgressed but it is still kosher? (No,) the text says "proportion" "you shall apportion" - the text teaches regarding him that (if he does this) it is pasul (contrary of kosher). From the fact that the text states "man" I only a male, from where do we include women and minors? The text says "persons [lit. souls]". If that is the case, why does the text say "man"? Just as a man is able to eat an olive size (of the sacrifice) so too a minor [is only considered a minor] if he is able to eat an olive size (of the sacrifice). Rabbi Yehudah says: 'just as a man knows to differentiate food, so too a minor (is only considered a minor) if he is able to differentiate food. And what is to differentiate food? Anyone to whom we give an egg and s/he keeps it; a stone, and s/he throws it.

הגדה של פסח, מגיד, יכול מראש חודש א׳
יָכוֹל מֵראשׁ חֹדֶשׁ? תַּלְמוּד לוֹמַר בַּיּוֹם הַהוּא. אִי בַּיּוֹם הַהוּא יָכוֹל מִבְּעוֹד יוֹם? תַּלְמוּד לוֹמַר בַּעֲבוּר זֶה – בַּעֲבוּר זֶה לֹא אָמַרְתִּי, אֶלָּא בְּשָׁעָה שֶׁיֵּשׁ מַצָּה וּמָרוֹר מֻנָּחִים לְפָנֶיךָ.
Pesach Haggadah, Magid, Yechol Me'rosh Chodesh 1
It could be from Rosh Chodesh [that one would have to discuss the Exodus. However] we learn [otherwise, since] it is stated, "on that day." If it is [written] "on that day," it could be from while it is still day [before the night of the fifteenth of Nissan. However] we learn [otherwise, since] it is stated, "for the sake of this." I didn't say 'for the sake of this' except [that it be observed] when [this] matsa and maror are resting in front of you [meaning, on the night of the fifteenth].
Created with