A Navigational Guide for Artists

A Navigational Guide for Artists
RG
by Rebecca Guber

Part I: Jewish traditional texts have a lot to say about the place of arts and artists within the historical tradition. We chose a few that illustrated some of the ways the creators of the texts thought about the vividness and multi-disciplinary nature of art, connections between art and life, and even one story with a wink to contemporary conceptual art.

(35) have been endowed with the skill to do any work—of the carver, the designer, the embroiderer in blue, purple, crimson yarns, and in fine linen, and of the weaver—as workers in all crafts and as makers of designs.

(8) A king commissioned two artists to decorate the walls of his throne room, setting a time limit for completion of the task. The first artist, true to his reputation, set to work immediately and completed beautiful murals in good time. The second artist allowed most of the allotted time to elapse without even commencing the work on his side of the throne room. When he finally realised that time was running out on him, and that he could not hope to match his colleague, he decided to polish and silver the walls he had been commissioned to paint so that they would reflect the images portrayed on the walls that his colleague had decorated. He hung a curtain across the room, and when the king inspected the work of the first artist he was favourably impressed and profuse in his praise. When the second artist took the king to inspect his handiwork,- the curtain still dividing the two halves of the room,- the king became noticeably angry, failing to be impressed by polished blank walls. Thereupon the artist removed the curtain, and suddenly those two walls were filled with the perfect reflection of the murals of the first artist. The king rewarded the second artist even more handsomely, having been impressed by that artist's genius and the circumstances that occasioned it. This illustrates that although the work of the first artist was undoubtedly the superior accomplishment from the standpoint of originality, the latter had required the greater effort in order to achieve a similar image. The king realised that only careful groundwork had enabled the second artist to project a major mural on to his walls instantly. The reward paid him was in recognition of his inventiveness as well as his effort to compensate for his former laxity.

Part II: Sefaria's texts can be a fascinating and useful resource to explore as part of the research process in creating artistic projects. With many thousands of texts, there is a lot to dig into for projects that specifically address Jewish themes as well as to investigate how Jewish authors approach larger topics. Asylum Artists have created projects engaging with migration and diaspora, jasmine, the etrog, borders and fences, and miscarriage - all themes that one could explore using the tools of Sefaria to find relevant and (hopefully!) inspiring texts.

Enter a word or concept that you are looking for in a text or source sheet. Toggle between “Texts” and “Sheets” to see the results.

Is there a topic you want to research Jewishly?

Searching by topic will result in a list of the most popular texts appearing on public source sheets with the topic's tag.

Searching for a Jewish Text?

Search for a text by name.

Type the name of the text in any search bar on the site.

Looking to Browse a Jewish Library?

Click on the three lines in the upper left-hand corner to arrive at the library, choose the category, find your book and click on it. Click on the name of the book on the top of the page to open the table of contents (TOC). Navigate to the desired chapter from the TOC.

Follow the links within a text to discover more...

How to Collect Sources on Sefaria 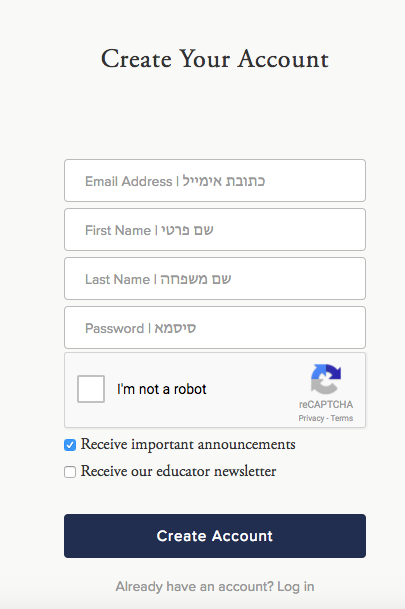 3. Add sources from the Sefaria library, your own text, media including images, youtube videos, and soundcloud clips, or your own comments.

We hope that Sefaria can open up new sources for research and exploration - please be in touch with us if you have any questions. If you want to brainstorm about art-related searches, please contact [email protected], and if you are somehow stymied by Sefaria or want expert advice, please be in touch with Sara Wolkenfeld at [email protected] If you come across something fabulous or fascinating or super useful, we would love to hear about your experience as well.