Rachel and Leah: Being Sisters a musical midrash with study guide
GT

by Girls in Trouble 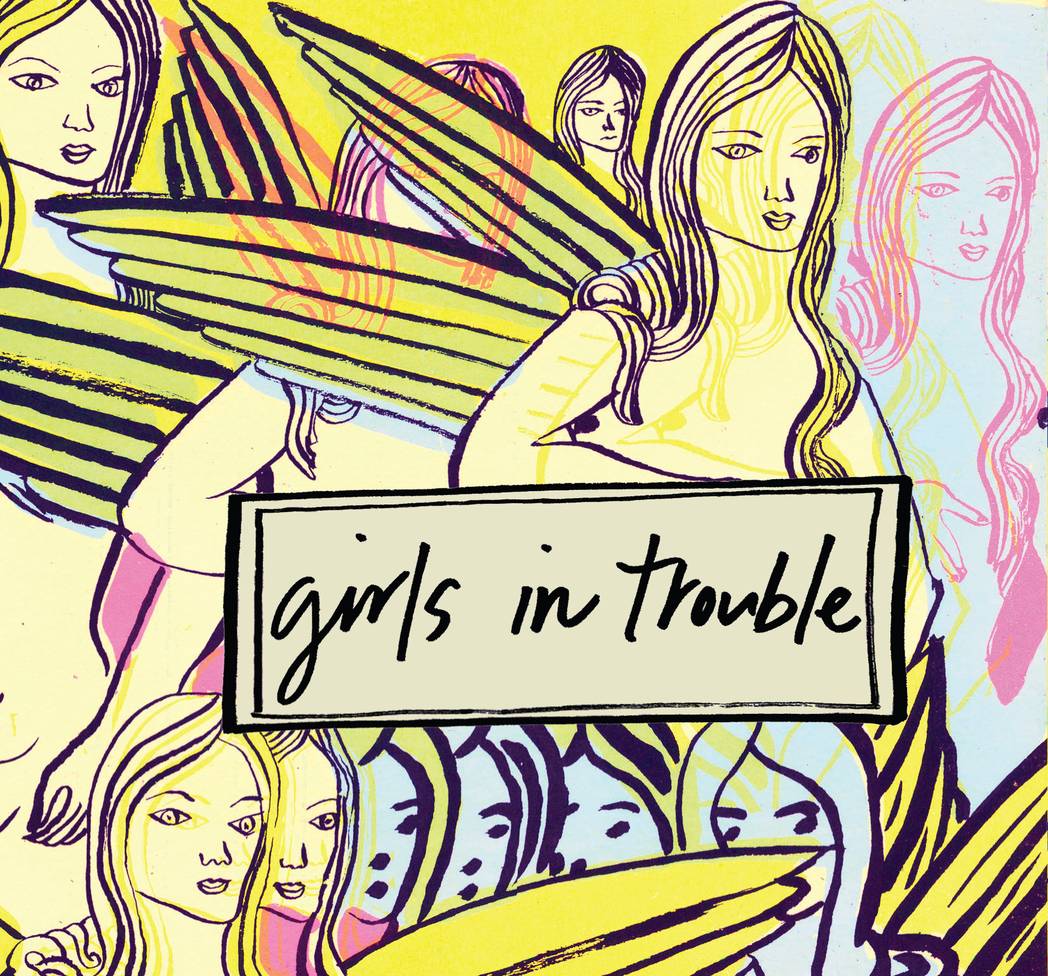 Girls in Trouble (Musical Midrash about Women in Torah)

Girls in Trouble is an indie-folk song cycle about women in Torah by musician, writer and Torah teacher, Alicia Jo Rabins. The Girls in Trouble Curriculum links these musical midrashim with their source texts, Alicia's notes, and other artistic interpretations, inviting teachers, students, and individual learners on a journey through the world of women in Torah. We hope you enjoy this concise version of the Rachel and Leah unit. To download the full unit, including teacher's notes, please visit www.girlsintroublemusic.com.

Behind the Music: Notes from singer/songwriter Alicia Jo Rabins

Sisterhood is powerful; it’s also powerfully complicated. This song considers the stunningly complex relationship between two of the most famous sisters in Torah, Rachel and Leah, whose lives are enmeshed from girlhood until death. They grow up in the same household and even marry the same man, yet they move through the world differently and are treated differently by the people around them.

Their story includes the full range of sibling-hood: allegiance and struggle, love and resentment, loyalty and betrayal. This is evident in the Torah text itself, and the Rabbis take that even further; this song refers to a beautiful midrash (included in the full curriculum unit) in which they imagine Rachel choosing to betray Jacob and risk her own happiness, rather than publicly embarrass her sister.

[Verse 1–8 describes Jacob journeying east to find a well covered by a large rock. He speaks with local shepherds, establishing that his uncle Laban lives here, and that Laban’s daughter Rachel is approaching with her sheep.]

(9) While he was still speaking with them, Rachel came with her father's flock; for she was a shepherdess. (10) And when Jacob saw Rachel, the daughter of his uncle Laban, and the flock of his uncle Laban, Jacob went up and rolled the stone off the mouth of the well, and watered the flock of his uncle Laban. (11) Then Jacob kissed Rachel, and broke into tears. (12) Jacob told Rachel that he was her father's kinsman, that he was Rebekah's son; and she ran and told her father. (13) On hearing the news of his sister's son Jacob, Laban ran to greet him; he embraced him and kissed him, and took him into his house. He told Laban all that had happened, (14) and Laban said to him, "You are truly my bone and flesh."

When he had stayed with him a month's time, (15) Laban said to Jacob, "Just because you are a kinsman, should you serve me for nothing? Tell me, what shall your wages be?" (16) Now Laban had two daughters; the name of the older one was Leah, and the name of the younger was Rachel. (17) Leah had weak eyes [lit., “soft eyes”]; Rachel was shapely and beautiful. (18) Jacob loved Rachel; so he answered, "I will serve you seven years for your younger daughter Rachel." (19) Laban said, "Better that I give her to you than that I should give her to an outsider. Stay with me." (20) So Jacob served seven years for Rachel and they seemed to him but a few days because of his love for her. (21) Then Jacob said to Laban, "Give me my wife, for my time is fulfilled, that I may cohabit with her." (22) And Laban gathered all the people of the place and made a feast. (23) When evening came, he took his daughter Leah and brought her to him; and he cohabited with her. — (24) Laban had given his maidservant Zilpah to his daughter Leah as her maid. — (25) When morning came, there was Leah! So he said to Laban, "What is this you have done to me? I was in your service for Rachel! Why did you deceive me?" (26) Laban said, "It is not the practice in our place to marry off the younger before the older. (27) Wait until the bridal week of this one is over and we will give you that one too, provided you serve me another seven years." (28) Jacob did so; he waited out the bridal week of the one, and then he gave him his daughter Rachel as wife. — (29) Laban had given his maidservant Bilhah to his daughter Rachel as her maid. — (30) And Jacob cohabited with Rachel also; indeed, he loved Rachel more than Leah. And he served him another seven years.

(1) When Rachel saw that she had borne Jacob no children, she became envious of her sister; and Rachel said to Jacob, "Give me children, or I shall die." (2) Jacob was incensed at Rachel, and said, "Can I take the place of God, who has denied you fruit of the womb?" (3) She said, "Here is my maid Bilhah. Consort with her, that she may bear on my knees and that through her I too may have children." (4) So she gave him her maid Bilhah as concubine, and Jacob cohabited with her. (5) Bilhah conceived and bore Jacob a son. (6) And Rachel said, "God has vindicated me; indeed, God has heeded my plea and given me a son." Therefore she named him Dan. (7) Rachel's maid Bilhah conceived again and bore Jacob a second son. (8) And Rachel said, "A fateful contest I waged with my sister; yes, and I have prevailed." So she named him Naphtali.

(14) Once, at the time of the wheat harvest, Reuben came upon some mandrakes in the field and brought them to his mother Leah. Rachel said to Leah, "Please give me some of your son's mandrakes." (15) But she said to her, "Was it not enough for you to take away my husband, that you would also take my son's mandrakes?" Rachel replied, "I promise, he shall lie with you tonight, in return for your son's mandrakes." (16) When Jacob came home from the field in the evening, Leah went out to meet him and said, "You are to sleep with me, for I have hired you with my son's mandrakes." And he lay with her that night. (17) God heeded Leah, and she conceived and bore him a fifth son. (18) And Leah said, "God has given me my reward for having given my maid to my husband." So she named him Issachar. (19) When Leah conceived again and bore Jacob a sixth son, (20) Leah said, "God has given me a choice gift; this time my husband will exalt me, for I have borne him six sons." So she named him Zebulun. (21) Last, she bore him a daughter, and named her Dinah. (22) Now God remembered Rachel; God heeded her and opened her womb. (23) She conceived and bore a son, and said, "God has taken away my disgrace." (24) So she named him Joseph, which is to say, "May God add another son for me."

(25) After Rachel had borne Joseph, Jacob said to Laban, "Give me leave to go back to my own homeland. (26) Give me my wives and my children, for whom I have served you, that I may go; for well you know what services I have rendered you."

(43) So the man grew exceedingly prosperous, and came to own large flocks, maidservants and menservants, camels and donkeys.

… (16) They set out from Bethel; but when they were still some distance short of Ephrath, Rachel was in childbirth, and she had hard labor. (17) When her labor was at its hardest, the midwife said to her, "Have no fear, for it is another boy for you." (18) But as she breathed her last — for she was dying — she named him Ben-oni; but his father called him Benjamin. (19) Thus Rachel died. She was buried on the road to Ephrath — now Bethlehem. (20) Over her grave Jacob set up a pillar; it is the pillar at Rachel's grave to this day. (21) Israel journeyed on, and pitched his tent beyond Migdal-eder.

(22) While Israel stayed in that land, Reuben went and lay with Bilhah, his father's concubine; and Israel found out. Now the sons of Jacob were twelve in number. (23) The sons of Leah: Reuben — Jacob's first-born — Simeon, Levi, Judah, Issachar, and Zebulun. (24) The sons of Rachel: Joseph and Benjamin. (25) The sons of Bilhah, Rachel's maid: Dan and Naphtali. (26) And the sons of Zilpah, Leah's maid: Gad and Asher. These are the sons of Jacob who were born to him in Paddan-aram.

1. What problems or questions do you find in this text?

2. What is your favorite moment in this story? Alternatively, which moment seems most interesting or dramatic?

DNA O sister I am half you half me

in between the molecules I feel it when you breathe

I will give you everything I promised him I’d keep

Older and younger and hunter and thief

silver and water and petal and leaf

some sisters get what the other ones need

Both of us are braided through with candles blood and bread

1. This song imagines Rachel singing to Leah. How does it portray Rachel's feelings towards her sister? How might your own interpretation of Rachel be similar to or differend from the song's?

2. Treasure hunt: how many elements of the Biblical text can you find in this song?

3. What emotions does this song evoke for you? In the music? In the lyrics? Are they similar to or different from the emotion the Biblical text evokes?

For more songs and study guides about women in Torah, as well as upcoming performances, come visit us at www.girlsintroublemusic.com.