Akeidah - What was Avraham Thinking?

(4) ...and saw the place from afar – And how did it appear from afar? This teaches that at first it was a depression in the land. Since the Holy One declared his intention to bring His Presence to rest upon it and to make there the Holy Temple, He said ‘it is not the way of a king to dwell in a valley, but rather in a place which is elevated, superior, beautified and visible to all. Immediately the Holy One hinted to the surroundings of the valley that the mountains should gather together in one place to make a place for the Presence. Therefore it is called Mount Moriah, because from the fear (yirah) of the Holy One it was made a mountain 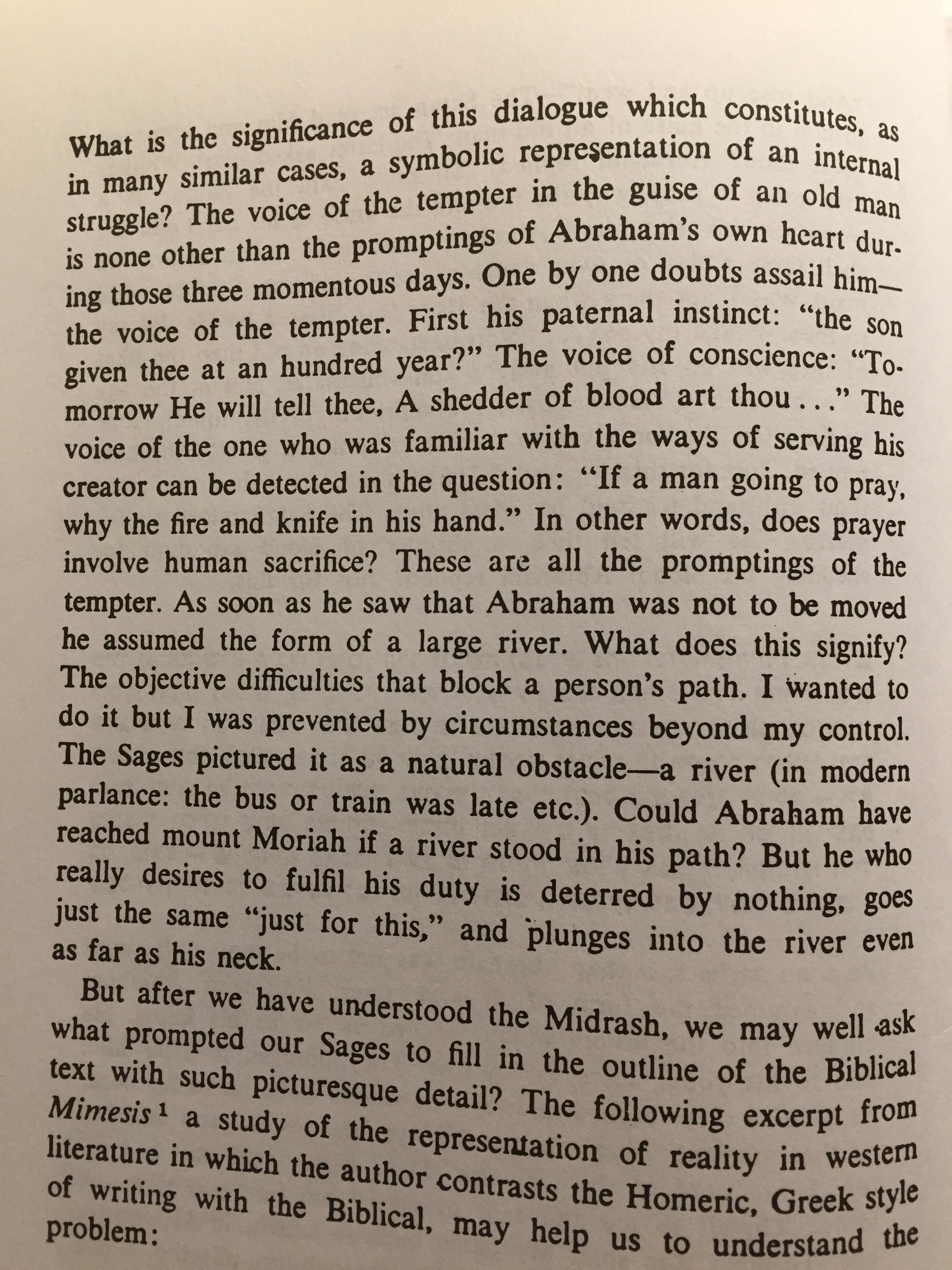 Nechama Leibowitz (September 3, 1905 – 12 April 1997 ,נחמה ליבוביץ׳‎‎) was a noted Israeli Bible scholar and commentator who rekindled interest in Bible study. She was born to an Orthodox Jewish family in Riga, Latvia. The family moved to Berlin in 1919. In 1930, Leibowitz received a doctorate from the University of Marburg. That same year 1930, she immigrated to Mandate Palestine. She taught at a religious Zionist teachers' seminar for the next twenty-five years. In 1957 she began lecturing at Tel Aviv University, and became a full professor eleven years later. She also gave classes at the Hebrew University of Jerusalem and other educational institutions around the country.

Abraham Isaac Kook (8 September 1865–11 September 1935) was the first Ashkenazi chief rabbi of British Mandatory Palestine, the founder of Yeshiva Mercaz HaRav Kook , Jewish thinker, Halakhist, Kabbalist and a renowned Torah scholar. He is known in Hebrew as הרב אברהם יצחק הכהן קוק , and by the acronym הראיה (HaRaAYaH), or simply as "HaRav." He was one of the most celebrated and influential rabbis of the 20th century.