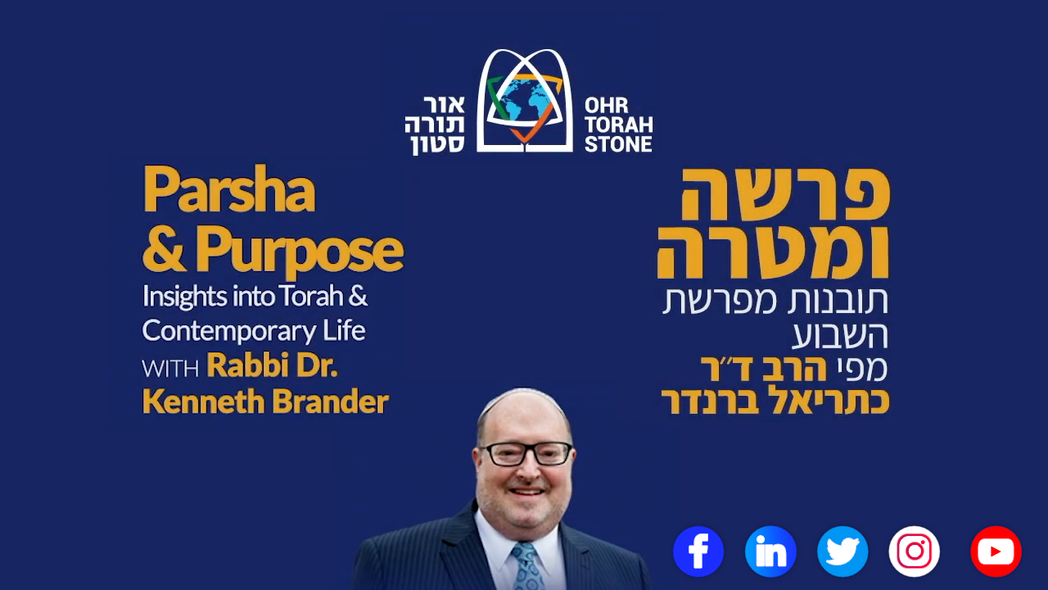 Next month, students from Ohr Torah Stone’s two hesder yeshivot and three seminaries for women will be starting their service in the IDF.

Until that time, they will continue to study day and night in their batei midrash. Some are studying the complicated chapter of חזקת הבתים , the third chapter of Baba Batra which deals with presumptive ownership; rights of possession and privacy; and respect for public spaces.

What a remarkable phenomenon! A group of 250 young men and women who will be serving in Israel’s elite IDF units prepare for their military service by studying the laws that govern how to create a productive, civil society and a spiritual connection with God.

There is a larger message here: Judaism never celebrates wars and their victories. Rather, we focus on perpetuating life and human rights.

On Chanukah when the land of Israel was freed from the Greek Hellenists, our holiday focuses not on the Maccabees military victory rather on the religious freedoms achieved and our reentry into the Temple. [Shabbat 21b]

On Pesach, on the day in which the Jewish people cross the Yam Suf, we do not recite a complete Hallel liturgy, because in that redemptive moment our Egyptian taskmasters were drowned. [Mishnah Brurah 490:7]

In the upcoming holiday of Purim that we clearly see this dialectic, starting with the pre-Purim Torah reading, Parshat Zachor, that we read this week.

Parshat Zachor reminds us of the Biblical mandate to wipe out the nation of Amalek. [Deuteronomy 25:17-19]

Who is this nation, and why must we remember to destroy them?

Maimonides writes that since the Seven Canaanite nations no longer exist, the commandment to remove them is no longer applicable. But, he says, the mitzvah to obliterate the nation of Amalek remains operative. [Mishneh Torah, Kings and Wars, 5:4-5]

How is it possible that we remain commanded to destroy something that no longer exists?

Rav Soloveitchik explains in the name of his father, Rabbi Moshe Soloveichik, that Amalek is more than an extinct nation lost to history. Rather, Amalek represents an eternal ideology bent on destroying the Jewish people. [Kol Dodi Dofek, Footnote 23]

This is why it remains a Biblical requirement for us, as a nation, to wipe out anyone who adopts that Amalek ideology.

I am sharing this message with you at the precise spot where Dvir Sorek, ז”ל – a student at our Robert M. Beren Machanaim Hesder Yeshiva, a young man who wholeheartedly pursued Jewish-Arab co-existence as a core value – was murdered in cold blood, in an act of Amalek – an act of terrorism.

We will lovingly remember Dvir his life and legacy forever.

But at the same time that we commit to the necessity of destroying the ideology of Amalek, on Purim we simultaneously exhibit a commitment to the sanctity of life.

On Taanit Esther, the day before Purim, we fast. Because it was on that day that we engaged in battle in order to defend ourselves, and even though we triumphed, we remember in sadness that we were forced to take the lives of others – even our enemies. [Mishnah Brurah 686:2]

Purim focuses on the unity necessary within our people to guarantee redemption.

The unity that is found in giving mishloach manot gifts to our neighbors, matanot l’evyonim to help those facing challenging times.

B’ezrat Hashem, the time will soon come when all Israeli young adults will no longer need to train for war.

In the meantime, we will continue to prepare them with the tools they will need to survive while giving them the spiritual wings to thrive and build meaningful lives.

We will work to celebrate the dual identity of Purim.

For the sake of the Jewish people and all of humanity, may we succeed in this crucial endeavor.