Oops I did it again
GS

and Join Madlik on Clubhouse every Thursday at 8:00pm Eastern so you can participate in our weekly live discussion of the Parsha 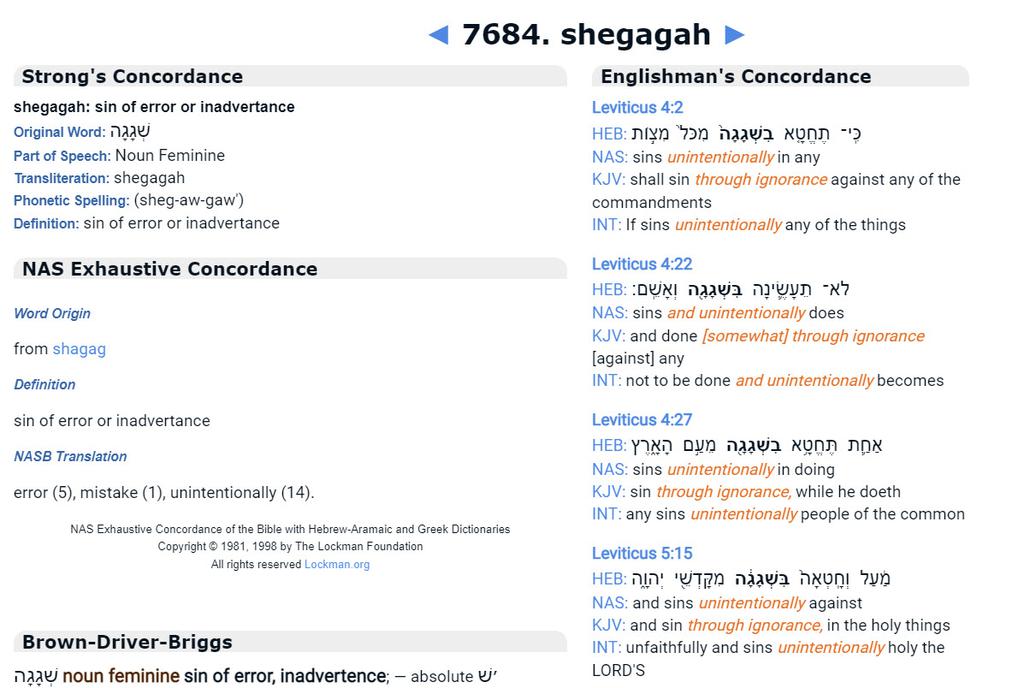 IF A SOUL SHALL SIN IN ERROR. Since the process of thinking is centered in the soul, and it is the soul which commits the error, Scripture mentions here nefesh (soul). The reason for the offerings for the erring soul is that all sins [even if committed unwittingly] produce a particular “stain” upon the soul and constitute a blemish thereon, and the soul is only worthy to be received by the countenance of its Creator when it is pure of all sin. Were it not so, then all the fools of the world would be deserving to come before Him. It is for this reason that the erring soul brings an offering, through which it becomes worthy of approaching unto G-d who gave it. It is on account of this that Scripture mentions here nefesh (soul). Our Rabbis have interpreted: “‘Nefesh’ (A soul) — this [word is used to] include proselytes and slaves” [thus teaching us that they too are under the obligation of bringing this offering, since the term nefesh is inclusive of them as well].
Now in the case of the sin-offering of the anointed priest [first discussed here in Verses 3-12], He does not say “and [the priest] shall make atonement for him, and he shall be forgiven,” as He mentions in the case of other sinners — namely, the whole congregation, the prince, and the common man. Perhaps the reason for this is that due to his great importance he cannot obtain atonement nor be forgiven completely until he prays and beseeches his G-d, for he is the messenger of the Eternal of hosts, and he must be of clean and pure hands [so that he can never be reproached with anything; hence in addition to the offering he must bring, he must also pray especially for forgiveness].
Scripture does not mention here, when speaking about the bulls which were to be entirely burnt, that the burning of those portions offered on the altar is “of a pleasing odor,” or that it is “a fire-offering unto the Eternal.” The reason for this is that since part of them is burnt outside [the camp of Israel], it is therefore not for “the fire unto the Eternal.” In the case of the goat of the prince [which he brings as his sin-offering], He mentioned “atonement” [and the priest shall make atonement for him] but did not state that it is “a fire-offering, of a pleasing odor unto the Eternal,” because the offering is a sa’ir (a goat). In the case of the sin-offering of the common person, He mentions that it is for a pleasing odor unto the Eternal, but does not mention “a fire-offering,” for it is self-understood that it is such, since the whole purpose of the fire-offering is to the Eternal. The student learned [in the mystic lore of the Cabala] will understand.

Sotah 3a:4
Reish Lakish says: A man commits a transgression only if a spirit of folly [shetut] enters him, as it is stated: “If any man’s wife goes aside [tisteh]” (Numbers 5:12). The word tisteh is written with the Hebrew letter shin, affording an alternative reading of tishteh, which is related to the term for folly, the word shetut.
ברכות ל״ד ב:כ״ב