What are the ‘Shiurim’ or, minimal requirements for the mitzvah of Gemilut Chesed?
ST 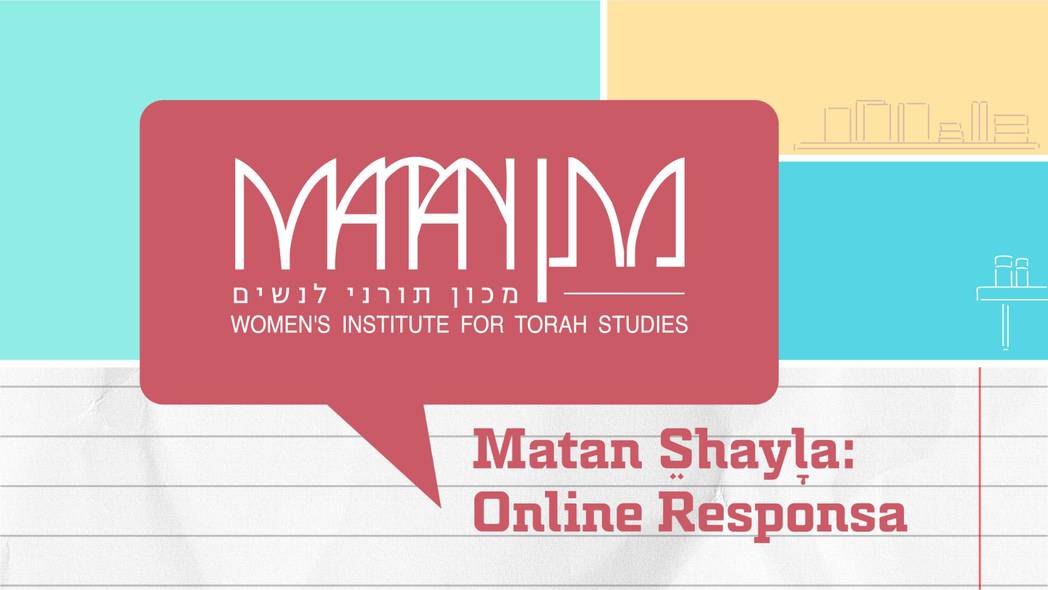 What are the ‘Shiurim’ or, minimal requirements for the mitzvah of Gemilut Chesed? originally appeared on Shayla.

I am an occupational therapist working with special needs children for many years. In addition to providing therapy on a regular basis, I go above and beyond what is expected. I research new things for many extra hours, I build them special toys/programs for extra hours, I speak with the parents, other staff, I often include names in my tefillot. I have a very good relationship with all my clients and care deeply for them. I am of course paid as a therapist, but not for these extras that I do. I do this because I want the best for these kids, because it is stimulating, challenging and rewarding. In my private life, I do some chessed here and there... yet not in an intense manner. This Rosh Hashana, I wondered deeply if my "work" life covered my "chessed requirements," as I had always assumed it did, but now I would like to explore this more deeply. Thank you

Different mitzvot – both positive and negative – are quantified in different ways. The mitzvah of chessed (or gemilut chassadim) is a positive, rabbinic mitzvah (mi-derabanan – מדרבנן; i.e. not a Torah commandment). Let us demonstrate the concept of quantification through some other positive commandments.

Another example of quantification from the rabbinic sphere is the mitzvah of Purim. On Purim there is a special mitzvah to give tzedaka, and mishloach manot; in order to fulfill one’s obligation, the rabbis quantified the mitzvah by setting a minimal amount of tzedaka that should be given on this day, namely, two portions to two poor people, and one mishloach manot containing two portions to one person.

The quantification of some mitzvot is more fluid and flexible; one example is the regular mitzvah of tzedaka. The Shulhan Arukh (249:1) instructs that a person of means should provide tzedaka based on the needs of the poor; but people without significant means should give up to no more than 1/5 of one’s possessions – and even this amount is mitzvah min ha-muvchar (מצוה מן המובחר) – performing the mitzvah in the most elevate way possible. One who has no means, should give the poor 1/10 of one’s possessions; but even a poor person who lives off of charity is expected to give charity to others, in order to perform the mitzvah.

These examples illustrate that various quantities are determined in the fulfillment of different mitzvot, whether Torah (mi-deoreita) or rabbinic (mi-derabanan) in nature. However, the mitzvah of gemilut chassadim, is different from any other mitzvah, and belongs to another category altogether.

The mishna in Pe’ah 1:1 lists mitzvot that are unquantified:

These are the things that have no definite quantity: The corners [of the field], and the first-fruit, and offerings brought upon appearing [at the Temple on the three major festivals], and the performance of righteous deeds, and the study of Torah.

The Talmud (Hullin 137b) cites the position of Rav and Shmuel, who quantify the first mitzvah mentioned in this list – the mitzvah of pe’ah – leaving the corners of the field uncut for the benefit of the poor. They determine that the mitzvah of pe’ah is quantified at 1/60 of the size of the field. The Talmud questions this quantification based on the mishna, which clearly states that pe’ah is one of the mitzvot that has no definite quantity! According to the Talmudic resolution, there is indeed no quantification for the mitzvah by the Torah, but the rabbis quantified it nonetheless. Similarly, the rabbis determined that one should put aside 1/60 of the first fruit to ripen in the field for the mitzvah of bikkurim (ביכורים – the second mitzvah listed in the mishna as having no quantification). As for the offerings brought when one visits the Temple on the three major festivals, the rabbis determined a minimal worth of the bird or animal for sacrifice, even though the Torah commanded that each should bring “as he is able,” without stating a specific amount.

However, the final two mitzvot mentioned in the mishna – the performance of righteous deeds (גמילות חסדים – gemilut chassadim), and the study of Torah – remain unquantified; we will leave the study of Torah for another time, and discuss the mitzvah of chessed.

Why did the rabbis avoid quantifying the performance of righteous deeds?

The Talmud (Sotah 14a) discusses various expressions of the mitzvah of chessed in the context of the instruction “you shall follow Hashem your God” (Deut. 13:5). We are commanded to walk in the path of Hashem; but what does this mean? Is man really capable of emulating God?

The Rambam views the mitzvot mentioned in the Talmud not as suggestions, but rather, as obligatory (The Laws of Mourning 14:1):

It is a positive commandment of rabbinic origin to visit the sick, to comfort mourners, to make arrangements for a funeral, to make arrangement for a bride, to accompany guests upon their departure, and to attend to all the needs of a burial: to carry [a corpse] on one’s shoulders, to walk before the bier, to eulogize, to dig a grave; and also, to bring joy to a bride and groom and help them in all their needs. These are deeds of kindness that one carries out with his body, and these have no limit.

The mitzvah of walking in God’s path is considered a positive commandment, as formulated by the Rambam in Sefer ha-Mitzvot: “The eighth mitzvah is that He commanded us to emulate Him to the extent that we are able; this is the meaning of ‘you shall walk in his ways’ (Deut. 28:9).

As your sensitive formulation indicates, your profession (which is all about bettering the lives of your patients) naturally demand more than the job definition. Since the examples for chessed brought in halakha include varying needs of the individual and the community, certainly tending to the needs of patients beyond that which is required of you is considered part of the mitzvah of gemilut chassadim.

Moreover, the human life cycle naturally demands acts of chessed mentioned in halakhah, such as visiting the sick, going to funerals, comforting mourners, and accompanying guests. In addition to responding with these acts of kindness that arise naturally in day to day life, you can add your own unique and personal acts of kindness, offered through your profession.

I would like to add a point I learned from Rabbi Adin Steinsaltz זצ”ל.

An acquaintance of mine asked the rabbi how he can best fulfill his own unique designation in the world. His intention was to ask what he should be doing with his spare time, when he wasn’t working to support his family. Should he invest time in studying Torah? In learning about Tefilla? In chessed? Of course, the premise of the question was that investment in one track would prevent him from investing time in other activities.

Shimon the Righteous was one of the last of the men of the Great Assembly. He would say: the world stands upon three things: the Torah, the Temple service, and acts of kindness.

This mishna is often interpreted meaning that the world stands upon these three elements simultaneously, and each of the elements is equally important in maintaining the world.

But according to Rabbi Steinsaltz, the mishna should be interpreted differently: the needs of the world are forever shifting. At times, there is a need to reinforce the element of prayer, and sometimes, the study of Torah needs reinforcement. Other times, the element of chessed requires strengthening.

People have to decide how to divide and invest their time, energy, and resources, based on guidelines that energy should be invested in various facets of avodat Hashem. It is important to take into account that conditions shift and alter, and the decision requires flexibility. While these are all important elements in one’s religious and spiritual life, they shift in importance based on the shifting needs of the time.

If you have the ability to perform chessed both at work and beyond – that is an enormous zechut! May you always have the strength to keep striving to benefit those around you.

Shulchan Arukh, Yoreh De'ah 249:1
The amount of charity one should give is as follows: if one can but afford, let him give as much as is needed. Under ordinary circumstances, a fifth of one's property is most laudable. To give one-tenth is the average disposition. But to give less than one-tenth is niggardly. When the Rabbis said a "fifth" they meant a fifth of the property the first year only and a fifth of the profits in succeeding years.
RMI.—But a man should not squander more than one-fifth to charity, so that he might not himself become a public charge.This refers only to his lifetime. Of course, at the time of death one may leave for charity as much as he pleases.
משנה פאה א׳:א׳

Chullin 137b:2
§ The mishna states: Rabbi Dosa ben Harkinas says that the mitzva of the first sheared wool applies to five sheep, each of whose shearing weighs one hundred and fifty dinars, whereas the Rabbis say: Five sheep, each of whose shearing is any amount. The Gemara asks: And how much is signified by the phrase: Any amount? Rav says: It is a total weight of one hundred dinars [maneh] and half of one hundred dinars [peras], provided that they are divided equally between the five sheep. And Shmuel says: It is a total weight of sixty sela, of which he gives the weight of one sela to the priest.
דברים י״ג:ה׳

Deuteronomy 13:5
Follow none but the LORD your God, and revere none but Him; observe His commandments alone, and heed only His orders; worship none but Him, and hold fast to Him.
סוטה י״ד א:ג׳

Mishneh Torah, Mourning 14:1
It is a rabbinic positive precept to visit the sick, comfort the mourners, escort the dead, dower the bride, accompany the [departing] guests — — as well as to cheer the bride and the groom, and to assist them in whatever they need. Even though all these precepts are of rabbinic origin, they are implied in the biblical verse: "You shall love your neighbor as yourself" (Leviticus 19:18); that is, whatever you would have others do to you, do to your brothers in Torah and precepts.
דברים כ״ח:ט׳

Deuteronomy 28:9
The LORD will establish you as His holy people, as He swore to you, if you keep the commandments of the LORD your God and walk in His ways.
ספר המצוות, מצוות עשה ח׳:א׳

Pirkei Avot 1:2
Shimon the Righteous was one of the last of the men of the great assembly. He used to say: the world stands upon three things: the Torah, the Temple service, and the practice of acts of piety.
Created with