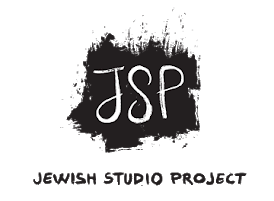 AVISHAG THE SHUNNAMITE: LIFE WARMED OVER

(1) King David was now old, advanced in years; and though they covered him with bedclothes, he never felt warm. (2) His courtiers said to him, “Let a young virgin be sought for my lord the king, to wait upon Your Majesty and be his attendant; and let her lie in your bosom, and my lord the king will be warm.” (3) So they looked for a beautiful girl throughout the territory of Israel. They found Avishag the Shunammite and brought her to the king. (4) The girl was exceedingly beautiful. She became the king’s attendant and waited upon him; but the king was not intimate with her.

(10) So David slept with his fathers, and he was buried in the City of David. (11) The length of David’s reign over Israel was forty years: he reigned seven years in Hebron, and he reigned thirty-three years in Jerusalem.

(12) And Solomon sat upon the throne of his father David, and his rule was firmly established. (13) Adonijah son of Haggith came to see Bathsheva, Solomon’s mother. She said, “Do you come with friendly intent?” “Yes,” he replied; (14) and he continued, “I would like to have a word with you.” “Speak up,” she said. (15) Then he said, “You know that the kingship was rightly mine and that all Israel wanted me to reign. But the kingship passed on to my brother; it came to him by the will of ADONAI (16) And now I have one request to make of you; do not refuse me.” She said, “Speak up.” (17) He replied, “Please ask King Solomon—for he won’t refuse you—to give me Avishag the Shunammite as wife.” (18) “Very well,” said Bathsheva, “I will speak to the king on your behalf.”

(19) So Bathsheva went to King Solomon to speak to him about Adonijah. The king rose to greet her and bowed down to her. He sat on his throne; and he had a throne placed for the queen mother, and she sat on his right. (20) She said, “I have one small request to make of you, do not refuse me.” He responded, “Ask, Mother; I shall not refuse you.” (21) Then she said, “Let Avishag the Shunammite be given to your brother Adonijah as wife.” (22) The king replied to his mother, “Why request Avishag the Shunammite for Adonijah? Request the kingship for him! For he is my older brother, and the priest Abiathar and Joab son of Zeruiah are on his side.” (23) Thereupon, King Solomon swore by ADONAI, saying, “So may God do to me and even more, if broaching this matter does not cost Adonijah his life! (24) Now, as ADONAI lives, who has established me and set me on the throne of my father David and who has provided him with a house, as he promised, Adonijah shall be put to death this very day!”

“BONUS” QUESTION: If you are familiar with the beginning of the story of Esther, compare and contrast her situation, character and fate to that of Avishag.