ירמיהו פרק ב: A Love Story for the Ages

ירמיהו פרק ב: A Love Story for the Ages
OF
by Olivia Friedman

It's easy to think of the prophecies in Navi as large, looming predictions filled with inscrutable comments and words. Sometimes having a framework through which to view these sections can make them more accessible. Here's the framework and progression for Chapter 2.

Part 1: Yirmiyahu is addressing himself to the people of Yehudah. He begins by referencing the love relationship that God has towards them. His goal is to try to woo them back to God by forcing them to remember what it was like between them when the sparks were kindled and the passion was there.

Part 2: Yirmiyahu addresses God's hurt. God has been deeply hurt by His lover, the nation of Israel (here exemplified by Malchus Yehudah). Think: You've got an ice box where your heart used to be...

Part 3: How God is going to hurt Bnei Yisrael due to the hurt He has been dealt by them and also comparisons to other nations/ peoples that have been more faithful to their gods (lovers) than Bnei Yisrael has been to their own God

Part 4: Desperation and lack of understanding on God's part regarding how Bnei Yisrael could prefer idols to Him - What has he got that I don't got?

Part 5: How Bnei Yisrael persists in dolling herself up for her other lovers and poor God just has to watch in His misery and refuses to accept reality about them.

We will see that there is a lot of imagery in this perek. The imagery can largely be divided up into the following categories:

As a class we will be keeping track of the imagery to see if we can spot a connection between the pesukim using similar images.

Jeremiah 2:1-2
(1) And the word of the LORD came to me, saying: (2) Go, and cry in the ears of Jerusalem, saying: Thus saith the LORD: I remember for thee the affection of thy youth, the love of thine espousals; how thou wentest after Me in the wilderness, in a land that was not sown.

I remember for you. If you were to return to me, my desire is to have mercy upon you because I Remember the kindness of your youth and your love that was complete at the Chuppah where you went to the Chuppah. And what is the Chesed Neurayich? It's that you followed after my messengers Moshea nd Aharon from the land that was inhabited to a desert and there was no food for the way because you believed in me.

Jeremiah 2:3
(3) Israel is the LORD’S hallowed portion, His first-fruits of the increase; all that devour him shall be held guilty, evil shall come upon them, saith the LORD.
מצודת דוד על ירמיהו ב׳:ג׳:ב׳-ג׳

The first- He is the best of the crops (the other nations).

All who eat him- All that steal and finish off Yisrael will be ashamed and evil will come upon them. It wants to say that even if Bnei Yisrael will be given over to the hands of other nations because they sinned still God will separate them in the end from the other nations that were bad to them (and punish those nations).

You see this idea a lot in books...the older brother can mess around with or tease his family members but you better watch out if anyone else tries it. Same idea here- protective God vs. other nations.

And they have become nothing. That the action (of worshipping idols) is itself nothing, and it wants to say that a man abandons something that doesn't love him or where the love was dependant on something and that thing has ceased, but after I (God) have remembered the kindness of your youth without any reason and the love of your being a bride, a great love, and I didn't abandon you because "Holy is Israel etc" and if so, what evil/ wrong act did your forefathers find in Me?

(7) And I brought you into a land of fruitful fields, to eat the fruit thereof and the good thereof; but when ye entered, ye defiled My land, and made My heritage an abomination. 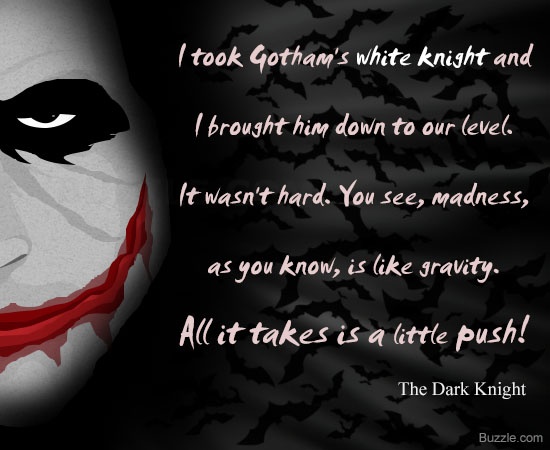 Please see Radak on Divrei HaMatchil כי עברו איי כתיים which explains why God is saying we ought to look at the isles of the Kittities and at Kedar. It has to do with loyalty.

The Kederim worship fire and the Kittites worship water. Even though everyone knows that water puts out fire, these nations don't change their gods and start worshpping water. They are loyal to their gods. But MY nation decides to worship other gods.

Discussion Question: What's the difference between forsaking a fountain of living waters and then hewing out wells? God is characterizing them as two separate evils- how so?

2. Invested effort to chisel out man-made wells that are BROKEN and can hold no water (Avodah Zarah)

(14) Is Israel a servant? Is he a home-born slave? Why is he become a prey? (15) The young lions have roared upon him, and let their voice resound; and they have made his land desolate, his cities are laid waste, without inhabitant.

Young Lions: These are young lions- it wants to say a weak, small kingdom that was not yet ___ in their teeth but only were able to raise their voices, which is the beginning of the raising of their voices and then they would grow until eventually they would lay the whole country to waste.

Also the Children of Noph and Tachpanes: For they are from Egypt which you trust in and you will ask for help from them- they too will break you and return and break the skulls

Because from forever. From forever I have been the One to break your yoke which lay heavy upon you because of the nations.

I broke. I broke your yoke on your neck, the binds forever.

And you say. And then you say "I didn't transgress the word of God."

(21) Yet I had planted thee a noble vine, Wholly a right seed; How then art thou turned into the degenerate plant Of a strange vine unto Me? (22) For though thou wash thee with nitre, and take thee much soap, yet thine iniquity is marked before Me, saith the Lord GOD.

Go see your path in the valley. The imprint of your footprints is still there......

Hold back your feet from being bare. That if you go after adultery, you go barefoot, not like if you would stay at home, and so too you should hold back your throat from being thirsty because if you go after adultery you will be thirsty, not so if you were to stay at home. And you say "There is no hope" and you say that you have given up on yourself in terms of all these things because you don't want anything, whether shoes or something to drink, and this isn't the reason you run after adultery but rather it's because you love strangers that "It's them themselves that I love."

(26) As the thief is ashamed when he is found, so is the house of Israel ashamed; they, their kings, their princes, and their priests, and their prophets;

What's the source of a thief's shame? Is he really sorry about his actions? What does this פסוק show us about בני ישראל's behavior?

Like the embarrasment. The thief that is found out isn't embarrassed because he steals- rather he's embarrassed because he isn't thought of as a thief. He's embarrassed because now it's been revealed to his friend in the congregation, not because of the action itself. From this we can see the distinction between someone who is a choteh b'etzem (sins for the sake of a thing) and a choteh b'mikreh (someone who sins occassionally) because the choteh b'mikreh feels regret over the sin. That's not the case with the one who actually sins for the sake of a thing. For example, the prostitute- if she sees that her provider is naked (penniless) and doesn't give her her bread and her water she regrets the actual action because she's only prostituting herself for the bread and water. It's not the same with the prostitute who does it because she enjoys what she's doing (she's not just doing it to survive). If Bnei Yisrael were only worshiping Avodah Zarah because of the purpose/ what it could give them, they would regret it afterwards but it's clear this is not what they're about.

(27) Who say to a stock: ‘Thou art my father’, and to a stone: ‘Thou hast brought us forth’, for they have turned their back unto Me, and not their face; but in the time of their trouble they will say: ‘Arise, and save us.’ (28) But where are thy gods that thou hast made thee? Let them arise, if they can save thee in the time of thy trouble; for according to the number of thy cities Are thy gods, O Judah.

(29) Wherefore will ye contend with Me? Ye all have transgressed against Me, saith the LORD.

Why do you plead with me. Why are you feeling upset/ betrayed by me due to my not saving you from the evil that is coming? Didn't all of you betray me. There is no person who is true- and what merit do you have?

(30) In vain have I smitten your children— They received no correction; Your sword hath devoured your prophets, Like a destroying lion. Why does she wear that necklace? See article here. 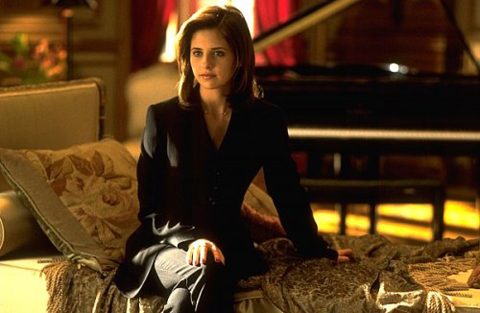 You adorn/ deck yourself out. You adorn yourself to meet your adulterers as it said in Kings 2:9 "And she adorned her head" when referring to Jezebel.

Also to the most evil you learned: You reviewed all the evil ways to learn the filth in all of them.

(34) Also in thy skirts is found the blood of the souls of the innocent poor; thou didst not find them breaking in; yet for all these things (35) Thou saidst: ‘I am innocent; surely His anger is turned away from me’— Behold, I will enter into judgment with thee, because thou sayest: ‘I have not sinned.’

Also on your clothes. Also on your robes the blood of innocent poor is found. Innocent of sin that deserves death and you killed them for nothing.

It wasn't breaking in that you found them. These people who were killed were not found in secret (breaking in to a secret place) but rather in public.

On all these. These robes that are mentioned above, it wants to say you didn't do this in secret but rather publicly without embarrasment. (36) How greatly dost thou cheapen thyself to change thy way? Thou shalt be ashamed of Egypt also, As thou wast ashamed of Asshur. (37) From him also shalt thou go forth, with thy hands upon thy head; for the LORD hath rejected them in whom thou didst trust, and thou shalt not prosper in them.

(16) At that time did king Ahaz send unto the kings of Assyria to help him. (17) For again the Edomites had come and smitten Judah, and carried away captives. (18) The Philistines also had invaded the cities of the Lowland, and of the South of Judah, and had taken Beth-shemesh, and Aijalon, and Gederoth, and Soco with the towns thereof, and Timnah with the towns thereof, Gimzo also and the towns thereof; and they dwelt there. (19) For the LORD brought Judah low because of Ahaz king of Israel; for he had cast away restraint in Judah, and acted treacherously against the LORD. (20) And Tillegath-pilneser king of Assyria came unto him, and distressed him, but strengthened him not. (21) For Ahaz stripped the house of the LORD, and the house of the king and the princes, and gave thereof unto the king of Assyria; but it helped him not.