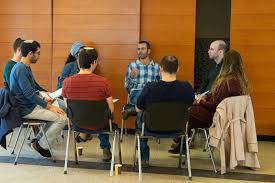 Ramban on Leviticus 19:19:1
You shall keep my statutes: [And he cites the words of Rashi above]. But our Rabbis only mentioned that the reason is hidden and that the evil inclination and the idolaters question them about the wearing of shatnez (clothes made from linen and wool together), and not about forbidden mixtures of animals. And the intention about them is not that there be any decree of the King of the kings of kings in any place without a reason, since 'every word of God is pure' (see Proverbs 30:5). Rather, statutes are decrees of a king who imprints it with his authority without revealing their purpose to the people; such that the people do not benefit from them but rather question them in their hearts. Yet they accept them out of fear of the monarchy. So too, the statutes of the Holy One, blessed be He, are secrets that He has in the Torah that the people do not benefit from, according to their thoughts. But all [of His laws] have a correct reason and a perfect purpose. And the reason for forbidden mixtures is that God created species in the world - in all of those with spirits, in plants and in animate beings - and gave them the ability to reproduce, such that the species survive with them forever, so long as He, may He be blessed, wants the world to exist. So He commanded that they be able to produce according to their species, and that they never ever change; as it is stated about all of them, "according to its species" (Genesis 1). And this is the reason that we breed animals one with the other; for the continuation of the species - just as men have conjugal relations with women in order to be fruitful and multiply. And one who crosses two species together, changes and denies [God's] act of creation, as if he is thinking that the Holy One, blessed be He, did not perfect His world completely, and he wants to help with His creation of the world [by] adding creatures to it. [Moreover,] species of animals will not give birth when one specie is crossed with another. And even those that are close enough in nature so as to give birth - such as mules [that are born from crossing horses and mules]; their seed will be excised, as [the resultant mixed-breeds] will not give birth. And behold, on account of these two things, the act of mixing species has already been rejected and abandoned. And the fruits of plants that have been mixed from two species also do not grow afterwards; such that both of the reasons mentioned exist in their prohibition. And this is the reason for "you shall not seed forbidden mixtures" - which is grafting, according to the opinion of our Rabbis. And it also prohibited planting forbidden mixtures; because when they derive sustenance one from the other, it changes their nature, as well as their form. And it is as if each seed is grafted from two species. And the prohibition of plowing with an ox and a donkey is because it is the way of all those that work the land to bring the pair from the same barn, such that they would come to mixing [them].