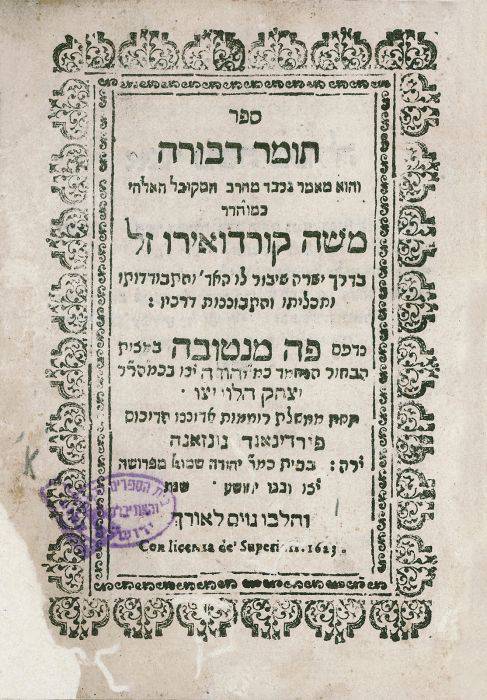 The middot reviewed so far:

2 - Tolerance and hope that others will repent

4 - Awareness of our familial connection with all forms of life

5 - Not holding on to anger / not bearing grudges

6 - Searching for the good kernel inside everyone

7 - Returning to the original state of the relationship after forgiveness

8 - Suppress/not pay attention/forget the evil, remember the good all the time

~ What is the meaning of the dream, according to Daniel?

~ What story does this reminds you of?

Book of Daniel - The first half of the book (chapters 1–6) contains stories in the third person about the experiences of Daniel and his friends under different kings. The second half, written mostly in the first person, contains reports of Daniel’s three visions and one dream. It is important to note that we put Daniel in Ketuvim while Xtians put the book in the prophecy section - the visions of apocalypse might be the reason, as well as the late composition of the book.

(1) The ninth: "And You will hurl into the depths of the sea all of their sins" - this is a good trait of the Holy One of Blessing. As behold, Israel sinned; He delivered them into the hand of Pharaoh, and they repented. Why [should] he punish Pharaoh? And likewise Sancheriv; and likewise Haman and those similar to them. The Holy One of Blessing is not only assuaged to say, "They have repented. If so, let them not have any more evil. If so, let Haman withdraw from them," or Pharaoh, or Sancheriv. This does not suffice. Rather, God puts the travail of Haman back on his head; and likewise Pharaoh; and likewise Sancheriv. And the reason for this practice is the secret of "And the goat carries upon it all of their iniquities to a desolate land" (Leviticus 16:22). And its explanation is that it carries the actual sins. But this is very difficult: And shall Israel sin and the goat carry [it]? Rather [this] trait is like this: A person confesses [sins], and her intention in the confession is to receive purification upon herself; like the matter that David stated (Psalms 51:4), "Wash me thoroughly from my iniquity." And so, in our saying, "Purge [me] in Your great mercy," [one] is only praying that the afflictions be light, such that there not be a hindrance of Torah [study]; and this [is also the intention of] that which we say, "But not through bad (harsh) afflictions." And so, in the person's saying, "And You are righteous about all that happens to me" - the person intends to truly accept afflictions with a pleasant countenance, in order to atone; as there are iniquities that [only] afflictions purge or that [only] death purges. And such is the trait: As soon as this one confesses in his prayer - they explained in the Zohar in Parshat Pekudei (262b) that this is the portion of Samael, similar to the goat. What is his portion that the Holy One of Blessing decreed for him? Afflictions. And [so] Samael immediately arrives there and goes and collects the debt. And behold, [this is] the goat carrying the iniquities - that the Holy One of Blessing gives Samael authority to collect the debt, and Israel is [thus] purified. But, behold, it all devolves upon Samael. And the reason is because the Holy One of Blessing decreed upon God's world, that anyone who does this, all is be nullified. And this is the reason of, "and you shall kill the animal" (Leviticus 20:15). And likewise both the stone of the commandment of stoning; and the sword of the commandment of those killed through the sword require burial (Sanhedrin 45b) - which is done to nullify their existence and power after their judgement is finished.

(2) And behold, there is actually the secret of the image of Nevuchadnetsar in this: Israel was given over to the hand of the king of Babylonia, "the head of gold" (Daniel 2:32). That head was humbled and given over to the hand of Persia, who are "the chest and the arms of silver." And likewise, these were pushed off for those, until Israel descended to "their feet, some of them were iron and some of them were clay" (Daniel 2:33). And what is the good finish? In the end, the Holy One of Blessing stands them up and carries out judgement upon them, as it is written (Deuteronomy 32:23), "I will finish My arrows upon them" - My arrows end, but Israel does not end (Sotah 9a). "All at once, the (bronze, silver, gold, etc.) were crushed" (Daniel 2:35). Behold at the beginning, it is written (Daniel 2:34), "and struck the image on its feet" - there is nothing of the image besides its feet, as the power of the head, its arms and its belly had already been nullified. And nonetheless at the end, it was crushed [entirely] as one. In the future, the Holy One of Blessing will stand up to Samael and the evildoers that do his deeds and acts, and carry out the judgement upon them. And that is [the meaning of] "and You will hurl into the depths of the sea all of their sins" - it wants [to say], God will hurl the power of judgement to bring [it] down on the hands of these, who are "the depths of the sea." [As it is stated (Isaiah 57:20),] "But the wicked are like the troubled sea which cannot rest, whose waters toss up mire and mud" - these are the ones that enact judgement upon Israel, all the payment of whom falls back on their heads. And the reason is because after Israel has received their judgement, the Holy One of Blessing regrets even about what preceded, and God [avenges] their insult. And it is not enough [that they carried out the judgement on Israel], but rather, "I was a little mad, but they assisted for the bad" (Zechariah 1:15).

(3) Also this trait must a person practice with his fellow. Even if the fellow is an evildoer that is plagued with afflictions, the person must not hate the fellow - as once the fellow has been debased, behold the fellow is like your sibling (Makkot 23a). And you [should] bring close the downtrodden and punished and have mercy upon them. And just the opposite, you should save them from the hand of the enemy, and you should not say, "It is this person's iniquity that caused it." But rather, you should have mercy upon your fellow through this trait, as I have explained.

The tenth: "You shall give truth to Yaakov" - this trait is that Israel has a virtue. Those average people that do not know how to act beyond the [letter] of the law - and they are called Yaakov, since they only act with true behavior; and also the Holy One of Blessing has a trait of truth, which is from the angle of the existence of straight judgement. And with these who act with straightness in the world, the Holy One of Blessing acts with truth. God has mercy upon them from the angle of straightness and judgement. A person must also behave with one's fellow from the angle of straightness and truth, without inclining the judgement of the fellow - to have mercy upon the fellow in truth; [just] like God, may God be blessed, has mercy upon the average creatures with the trait of truth [in order] to refine them.