Nothing So Whole: Broken Tablets and Broken Hearts
SF 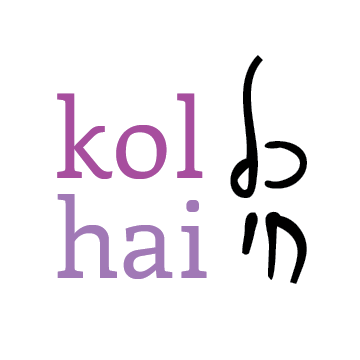 There is nothing so whole as a broken heart...
(and nothing more upright than a tilted ladder.)

Taanit 26a:14-26b:2
The mishna discusses the five major communal fast days. Five calamitous matters occurred to our forefathers on the seventeenth of Tammuz, and five other disasters happened on the Ninth of Av. On the seventeenth of Tammuz the tablets were broken by Moses when he saw that the Jews had made the golden calf; the daily offering was nullified by the Roman authorities and was never sacrificed again; the city walls of Jerusalem were breached; the general Apostemos publicly burned a Torah scroll; and Manasseh placed an idol in the Sanctuary. On the Ninth of Av it was decreed upon our ancestors that they would all die in the wilderness and not enter Eretz Yisrael; and the Temple was destroyed the first time, in the days of Nebuchadnezzar, and the second time, by the Romans; and Beitar was captured; and the city of Jerusalem was plowed, as a sign that it would never be rebuilt.
שמות ל״ב:ט״ו-י״ט

(15) Thereupon Moses turned and went down from the mountain bearing the two tablets of the Pact, tablets inscribed on both their surfaces: they were inscribed on the one side and on the other. (16) The tablets were God’s work, and the writing was God’s writing, incised upon the tablets. (17) When Joshua heard the sound of the people in its boisterousness, he said to Moses, “There is a cry of war in the camp.” (18) But he answered, “It is not the sound of the tune of triumph, Or the sound of the tune of defeat; It is the sound of song that I hear!” (19) As soon as Moses came near the camp and saw the calf and the dancing, he became enraged; and he hurled the tablets from his hands and shattered them at the foot of the mountain.

And from where do we derive that the Holy One, Blessed be He, agreed with his reasoning? As it is stated: “The first tablets which you broke [asher shibarta]” (Exodus 34:1), and Reish Lakish said: The word asher is an allusion to the phrase: May your strength be true [yishar koḥakha] due to the fact that you broke the tablets.

(1) ...[Moses] started feeling bad that he broke the tablets, G-d told him: Do not feel bad about the first tablets, for they only contained the ten commandments, however in the second tablets I will give you, that they will have Halacha, Midrash, and Agadah, this is what is said: (Job 11): I will tell you hidden wisdom for it shall be double comforting...

Rabbi Alexandri teaches, “If the simpleton keeps trying to use broken vessels, it's shameful, but the Holy Blessed One’s vessels are [all] broken ones [and it's not shameful], as it is written ‘Healer of the broken-hearted’ and ‘[Present] with the lowly and suffering...”.”

Rav Yosef teaches a baraita: This verse teaches that both the tablets of the Covenant and the pieces of the broken tablets are placed in the Ark. One should learn from here that with regard to a Torah scholar who has forgotten his Torah knowledge due to circumstances beyond his control, e.g., illness, one may not behave toward him in a degrading manner. Although the first tablets were broken it is prohibited to treat them with disrespect, due to their sanctity. A Torah scholar who forgot the Torah knowledge he once possessed is likened to these broken tablets.

The Zohar teaches that the human heart is the Ark. And it is known that in the Ark were stored both the Tablets and the Broken Tablets. Similarly, a person's heart must be full of Torah... and similarly, a person's heart must be a broken heart, a beaten heart, so that it can serve as a home for the Shechinah. For the Shechinah [divine presence] only dwells within broken vessels, which are the poor, whose heart is a broken and lowly heart. And whoever has a haughty heart propels the Shechinah away from him...

(1) The first letters of “Zikhru Torat Moshe (be mindful of Moshe’s Torah)” (Malachi 3:22) spell TaMmuZ without the vav. This is because it is then, in Tammuz, that we must elicit mindfulness in order to rectify forgetfulness. For it was then that forgetfulness came into existence; as a result of the Tablets being broken in the month of Tammuz, forgetfulness came into being. As our Sages, of blessed memory, said: Had the first Tablets not been shattered, the Torah would not have been forgotten in Israel (Eruvin 54a).

Numbers 25:11-12
(11) “Phinehas, son of Eleazar son of Aaron the priest, has turned back My wrath from the Israelites by displaying among them his passion for Me, so that I did not wipe out the Israelite people in My passion. (12) Say, therefore, ‘I grant him My pact of friendship. 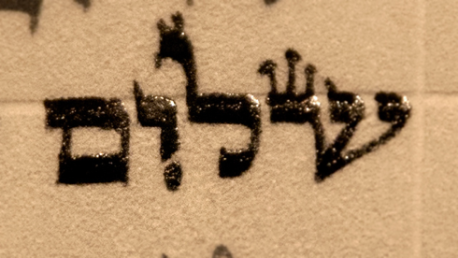 From “Anthem” by Leonard Cohen

Ring the bells that still can ring
Forget your perfect offering
There is a crack in everything
That's how the light gets in.

“The Broken Tablets” by Rodger Kamenetz

The broken tablets were also carried in an Ark.

In so far as they represented everything shattered

everything lost. They were the law of broken things.

The leaf torn from the stem in a storm. A cheek touched

in fondness once but now the name forgotten.

How they must have rumbled. Clattered on the way

even carried so carefully through the waste land.

How they must have rattled around until the pieces

broke into pieces. The edges softened

crumbling. Dust collected at the bottom of the ark

Ghosts of old letters. Old laws. In so far

as a law broken is still remembered.

These laws were obeyed.

these bits of stone were preserved

through many journeys and ruined days

even, they say, into the promised land.

The fast of the 17th of Tammuz coincides with Independence Day (the Fourth of July) in the United States of America every 10 to 20 years (most recently in 1996 and 2015, and will happen again in 2034 and 2080). A notable occurrence was on July 4, 1776, when the United States declared independence. Source: wikipedia.com

Lamentations 2:13
(13) What can I take as witness or liken To you, O Fair Jerusalem? What can I match with you to console you, O Fair Maiden Zion? For your ruin is vast as the sea: Who can heal you?

What can I say?

Great as the sea

A closing teaching from the Kotzker 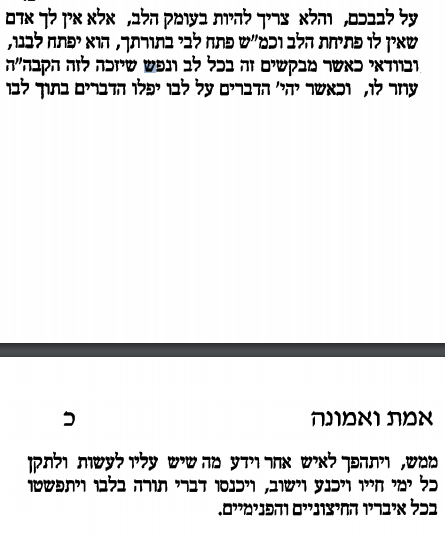