The shape of the Menorah in the Temple has two opinions, one that you could call historical and one that you could call textual. The textual one is ever growing due to Chabad. Their basic dispute is regarding the arms of the menorah. The shiur begins with the externality of the menorah and ends talking about how we bring light into the world - sometimes directly and some times in a more subtle way. Elu ve-elu.

"Dark times," in the broader sense I propose here, are as such not identical with the

monstrosities of this century which indeed are of a horrible novelty. Dark times, in contrast, are not only not new, they are no rarity in history, although they were perhaps unknown in American history, which otherwise has its fair share, past and present, of crime and disaster. That even in the darkest of times we have the right to expect some illumination, and that such illumination may well come less from theories and concepts than from the uncertain, flickering, and often weak light that some men and women, in their lives and their works, will kindle under almost all circumstances and shed over the time span that was given them on earth— this conviction is the inarticulate background against which these profiles were drawn. Eyes so used to darkness as ours will hardly be able to tell whether their light was the light of a candle or that of a blazing sun. But such objective evaluation seems to me a matter of secondary importance which can be safely left to posterity.

This text of H.A. is as relevant today - maybe even more. What can we do, we often wonder? Sometimes just a tiny action will bring an enormous light, we don't know. So do, despite that sometimes it seems pointless. [Maybe show of hands with who thinks this text is still relevant for today?] 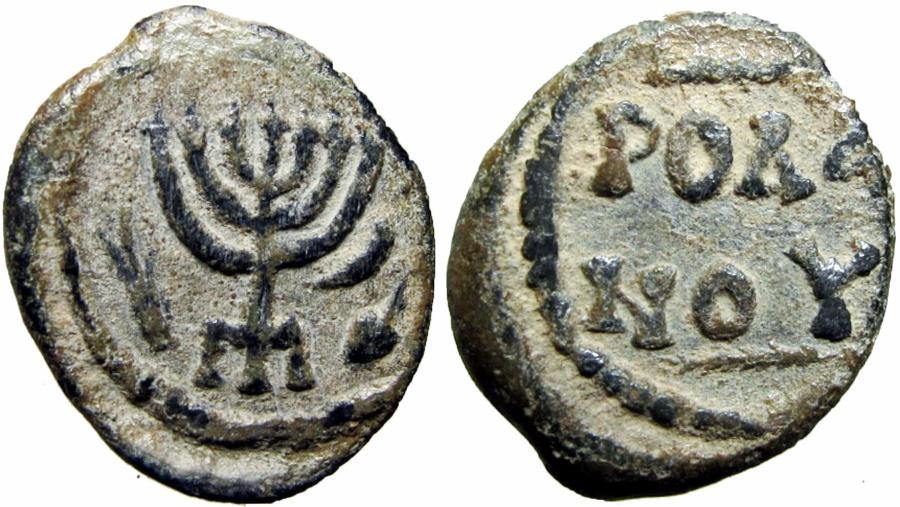 I saw fit to draw here the shape of the Menorah in its completeness...

Emerging from its sides - on either side in a diagonal.

The mitzvah (commandment) of Hanukah should be performed from the time the sun sets until ‘the last person leaves the market place’.

When is that? [i.e. how do we calculate when the last person leaves the market place?] R’Yochanan says ‘When the Tarmudai stop walking. Our Rabbis taught: The Menorah should be placed by door of one’s house on the outside. If one lives on the second floor of a building, he places it at the window near the street. But in times of danger it is sufficient to place it on the table.

Raba said: Another lamp must be lit in the room with the Menorah, because it is forbidden to ‘derive functional benefit from the Menorah’. If there is a fire blazing in the room, a second lamp is not necessary.

A. They are a nation of wood collectors who wait around in the market place until all the shoppers go home and collect leftover wood. When it gets dark and people need wood, they go and buy it from the Tarmudai. – Rashi TB Shabbat 21b Rigla D’Tarmudei

B. They are the descendents of the ten lost tribes who are of dubious lineage. Nevertheless, we consider them as Jews and not as bastards (mamzerim). For ritual purposes, they are considered nidot as Jews are. – Rashi TB Yevamot 16a Tarmud; Rashi TB Nidah 56a

The two sides of the Tarmudai point out to two different but complementary sides of the outliers - those lying outside - economical and regarding peoplehood. In this terms, if we take the objective of sending light to dark places, it is supposedly when both of those "come home" - home to a better, more inclusive and humane society, and home to the Jewish tradition.

(27) The spirit of man is the lamp of the LORD, searching all the inward parts.

Sefat Emet (Rabbi Yehudah Leib Alter of Ger 1847-1905)
“Especially at this season, when lights were miraculously lit for Israel even though they did not have enough oil, there remains light even now to help us, with the aid of these Hanukkah candles, to find that hidden light within.” The Hanukkah candles are a spiritual symbol; the light of the commandments by which we search out our inner selves. We seek out the hidden divine light within ourselves; the mitzvot are light-seeking candles, instruments given to us to aid us in that search.

When the sitra achra (the impulse to do evil) is subdued, when by laboring at his divine service a Jew subjugates the forces of unholiness and darkness transforms them into light – the ensuing light is superior because it issues from the darkness -

Rabbi David Hartman, The Courage to Put our Jewish Lights in the Front Window in A Different Light

The major question, which we must ponder on Hanukkah, is whether the Jewish people can develop an identity that will enable it to meet the outside world without feeling threatened or intimidated. The choice, hopefully, need not be ghettoization or assimilation.