The descent of the Maccabees
JB 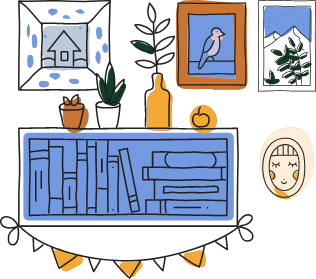 The Gemara asks: What is Hanukkah, and why are lights kindled on Hanukkah? The Gemara answers: The Sages taught in Megillat Ta’anit: On the twenty-fifth of Kislev, the days of Hanukkah are eight. One may not eulogize on them and one may not fast on them. What is the reason? When the Greeks entered the Sanctuary they defiled all the oils that were in the Sanctuary by touching them. And when the Hasmonean monarchy overcame them and emerged victorious over them, they searched and found only one cruse of oil that was placed with the seal of the High Priest, undisturbed by the Greeks. And there was sufficient oil there to light the candelabrum for only one day. A miracle occurred and they lit the candelabrum from it eight days. The next year the Sages instituted those days and made them holidays with recitation of hallel and special thanksgiving in prayer and blessings.

I Maccabees 4:26-35 (translation from the Oxford Standard Revised Edition of the Bible)

Those of the foreigners who escaped went and reported to Lysias all that had happened. When he heard it, he was perplexed and discouraged, for things had not happened to Israel as he had intended, nor had they turned out as the king had ordered. But the next year he mustered sixty thousand picked infantry and five thousand cavalry to subdue them. They came into Idumea and camped at Beth-zur, and Judah met them with ten thousand men.

When he saw that their army was strong, he prayed, saying, "Blessed are you, O Savior of Israel, who crushed the attack of the mighty warrior by the hand of your servant David, and gave the camp of the Philistines into the hands of Jonathan son of Saul, and of the man who carried his armor. Hem in this army by the hand of your people Israel, and let them be ashamed of their troops and their cavalry. Fill them with cowardice; melt the boldness of their strength; let them tremble in their destruction. Strike them down with the sword of those who love you, and let all who know your name praise you with hymns."

Then both sides attacked, and there fell of the army of Lysias five thousand men; they fell in action. When Lysias saw the rout of his troops and observed the boldness that inspired those of Judah, and how ready they were either to live or die nobly, he withdrew to Antioch and enlisted mercenaries in order to invade Judea again with an even larger army.

On which miracle is this [holiday] affixed? 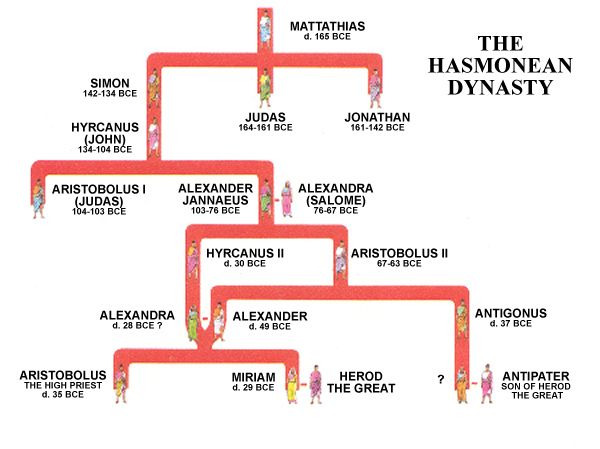 As to Alexander, his own people were seditious against him; for at a festival which was then celebrated, when he stood upon the altar, and was going to sacrifice, the nation rose upon him, and pelted him with citrons [which they then had in their hands, because] the law of the Jews required that at the feast of tabernacles every one should have branches of the palm tree and citron tree; which thing we have elsewhere related. They also reviled him, as derived from a captive, and so unworthy of his dignity and of sacrificing. At this he was in a rage, and slew of them about six thousand.

+2. Now as Alexander fled to the mountains, six thousand of the Jews hereupon came together [from Demetrius] to him out of pity at the change of his fortune; upon which Demetrius was afraid, and retired out of the country; after which the Jews fought against Alexander, and being beaten, were slain in great numbers in the several battles which they had; and when he had shut up the most powerful of them in the city Bethome, he besieged them therein; and when he had taken the city, and gotten the men into his power, he brought them to Jerusalem, and did one of the most barbarous actions in the world to them; for as he was feasting with his concubines, in the sight of all the city, he ordered about eight hundred of them to be crucified; and while they were living, he ordered the throats of their children and wives to be cut before their eyes. This was indeed by way of revenge for the injuries they had done him; which punishment yet was of an inhuman nature, though we suppose that he had been never so much distressed, as indeed he had been, by his wars with them, for he had by their means come to the last degree of hazard, both of his life and of his kingdom,...However, this barbarity seems to have been without any necessity, on which account he bare the name of a Thracian among the Jews

Behold there is a Mishnaic teaching : "Trust not in thyself until the day of thy death" ; and Johanan the High Priest held the Office of High Priest for eighty years and eventually became a Sadducee ! Abbai said : Johanan is the same person as Januaeus. Raba said : They are different persons ; and Jannaeus was originally wicked, but Johanan originally righteous.

An incident occurred with King Yannai, who went to the region of Koḥalit in the desert and conquered sixty cities there. And upon his return he rejoiced with a great happiness over his victory.

And he subsequently summoned all the Sages of the Jewish people and said to them: Our ancestors in their poverty would eat salty foods when they were busy with the building of the Temple; we too shall eat salty foods in memory of our ancestors. And they brought salty food on tables of gold, and ate. And there was one person present, a scoffer, a man of an evil heart and a scoundrel called Elazar ben Po’ira.

And Elazar ben Po’ira said to King Yannai: King Yannai, the hearts of the Pharisees, the Sages, are against you. In other words, they harbor secret resentment against you and do not like you. The king replied: And what shall I do to clarify this matter? Elazar responded: Have them stand by wearing the frontplate between your eyes. Since the frontplate bears the Divine Name, they should stand in its honor. Yannai, who was a member of the priestly Hasmonean family, also served as High Priest, who wears the frontplate.

He had the Pharisees stand by wearing the frontplate between his eyes. Now there was a certain elder present called Yehuda ben Gedidya, and Yehuda ben Gedidya said to King Yannai: King Yannai, the crown of the monarchy suffices for you, i.e., you should be satisfied that you are king. Leave the crown of the priesthood for the descendants of Aaron.

The Gemara explains this last comment: As they would say that Yannai’s mother was taken captive in Modi’in, and she was therefore disqualified from marrying into the priesthood, which meant that Yannai was a ḥalal. And the matter was investigated and was not discovered, i.e., they sought witnesses for that event but none were found. And the Sages of Israel were expelled in the king’s rage, due to this rumor

. And Elazar ben Po’ira said to King Yannai: King Yannai, such is the judgment of a common person in Israel. In other words, merely expelling a slanderer is appropriate if the subject of the slander is a commoner. But you are a king and a High Priest. Is this your judgment as well? Yannai replied: And what should I do? Elazar responded: If you listen to my advice, crush them.

Yannai countered: But what will become of the Torah? He retorted: Behold, it is wrapped and placed in the corner. Anyone who wishes to study can come and study. We have no need for the Sages.

The Gemara interjects: Rav Naḥman bar Yitzḥak says: Immediately, heresy was injected into Yannai, as he should have said to Elazar ben Po’ira: This works out well with regard to the Written Torah, as it can be studied by all on their own, but what will become of the Oral Torah? The Oral Torah is transmitted only by the Sages. The baraita continues: Immediately, the evil arose and caught fire through Elazar ben Po’ira, and all the Sages of the Jewish people were killed. And the world was desolate of Torah until Shimon ben Shataḥ came and restored the Torah to its former glory.