(2) The Philistines arrayed themselves against Israel; and when the battle was fought, Israel was routed by the Philistines, who slew about four thousand men on the field of battle.

(3) When the [Israelite] troops returned to the camp, the elders of Israel asked, “Why did the LORD put us to rout today before the Philistines? Let us fetch the Ark of the Covenant of the LORD from Shiloh; thus He will be present among us and will deliver us from the hands of our enemies.”

(5) When the Ark of the Covenant of the LORD entered the camp, all Israel burst into a great shout, so that the earth resounded.

(6) The Philistines heard the noise of the shouting and they wondered, “Why is there such a loud shouting in the camp of the Hebrews?” And when they learned that the Ark of the LORD had come to the camp,

(7) the Philistines were frightened; for they said, “God has come to the camp.” And they cried, “Woe to us! Nothing like this has ever happened before.

(8) Woe to us! Who will save us from the power of this mighty God? He is the same God who struck the Egyptians with every kind of plague in the wilderness!

(9) Brace yourselves and be men, O Philistines! Or you will become slaves to the Hebrews as they were slaves to you. Be men and fight!”

(10) The Philistines fought; Israel was routed, and they all fled to their homes. The defeat was very great, thirty thousand foot soldiers of Israel fell there.

(11) The Ark of God was captured, and Eli’s two sons, Hophni and Phinehas, were slain.

(12) A Benjaminite ran from the battlefield and reached Shiloh the same day; his clothes were rent and there was earth on his head.

(13) When he arrived, he found Eli sitting on a seat, waiting beside the road—his heart trembling for the Ark of God. The man entered the city to spread the news, and the whole city broke out in a cry.

(14) And when Eli heard the sound of the outcry and asked, “What is the meaning of this uproar?” the man rushed over to tell Eli.

(15) Now Eli was ninety-eight years old; his eyes were fixed in a blind stare.

(17) The bearer of the news replied, “Israel fled before the Philistines and the troops also suffered a great slaughter. Your two sons, Hophni and Phinehas, are dead, and the Ark of God has been captured.”

(18) When he mentioned the Ark of God, [Eli] fell backward off the seat beside the gate, broke his neck and died; for he was an old man and heavy. He had been a chieftain of Israel for forty years.

(19) His daughter-in-law, the wife of Phinehas, was with child, about to give birth. When she heard the report that the Ark of God was captured and that her father-in-law and her husband were dead, she was seized with labor pains, and she crouched down and gave birth.

(20) As she lay dying, the women attending her said, “Do not be afraid, for you have borne a son.” But she did not respond or pay heed.

(21) She named the boy Ichabod, meaning, “The glory has departed from Israel”—referring to the capture of the Ark of God and to [the death of] her father-in-law and her husband.

(9) The Philistines came up, pitched camp in Judah and spread out over Lehi.

II Samuel 5:18
(18) The Philistines came and spread out over the Valley of Rephaim.
The repudiation of the idea of using the Aron as the end and not just a means to reach HaShem:
שמואל א ז׳:ב׳-ד׳

(2) A long time elapsed from the day that the Ark was housed in Kiriath-jearim, twenty years in all; and all the House of Israel yearned after the LORD. (3) And Samuel said to all the House of Israel, “If you mean to return to the LORD with all your heart, you must remove the alien gods and the Ashtaroth from your midst and direct your heart to the LORD and serve Him alone. Then He will deliver you from the hands of the Philistines.” (4) And the Israelites removed the Baalim and Ashtaroth and they served the LORD alone.

Other examples of these signs of mourning:
שמואל ב א׳:ב׳

II Samuel 1:2
(2) On the third day, a man came from Saul’s camp, with his clothes rent and earth on his head; and as he approached David, he flung himself to the ground and bowed low.
שמואל ב ט״ו:ל״ב

II Samuel 15:32
(32) When David reached the top, where people would prostrate themselves to God, Hushai the Archite was there to meet him, with his robe torn and with earth on his head.
Comparing Rachel's death to Eishes Pinchas' death:
בראשית ל״ה:ט״ז-כ׳

(16) They set out from Bethel; but when they were still some distance short of Ephrath, Rachel was in childbirth, and she had hard labor. (17) When her labor was at its hardest, the midwife said to her, “Have no fear, for it is another boy for you.” (18) But as she breathed her last—for she was dying—she named him Ben-oni; but his father called him Benjamin. (19) Thus Rachel died. She was buried on the road to Ephrath—now Bethlehem. (20) Over her grave Jacob set up a pillar; it is the pillar at Rachel’s grave to this day.

These next sources are photocopied from the Daat Mikra Bible Atlas by Mosad HaRav Kook, Jerusalem, Israel. 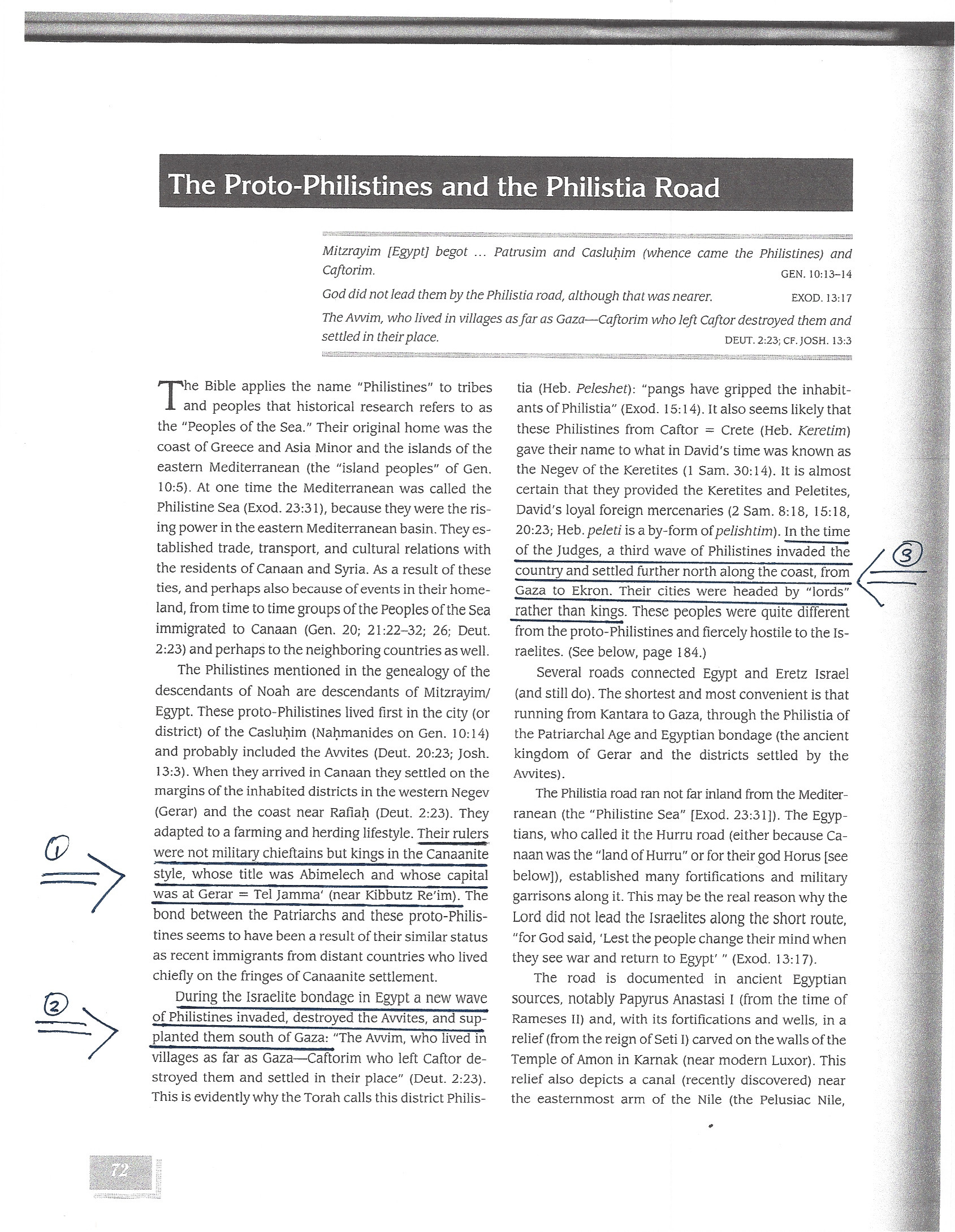 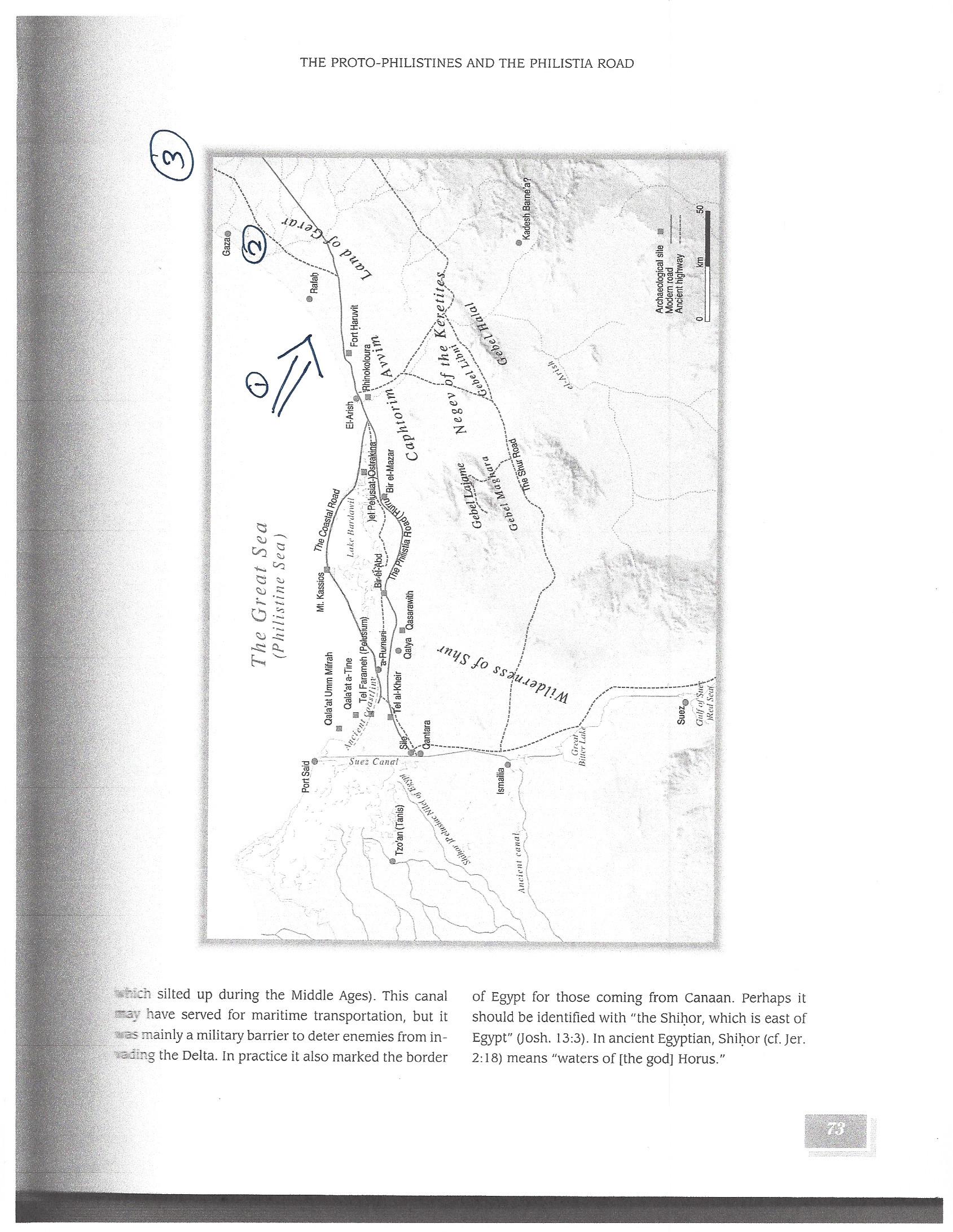 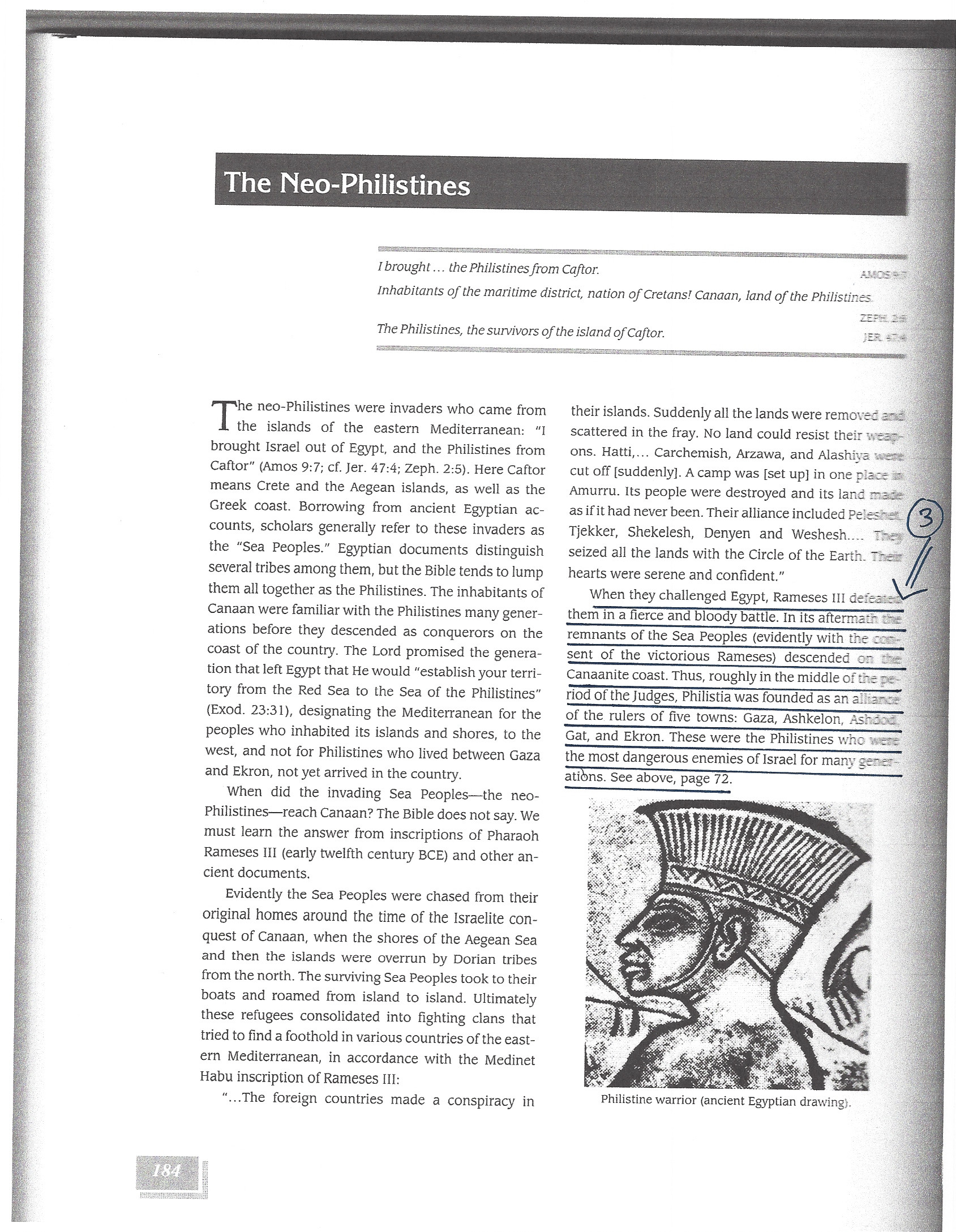 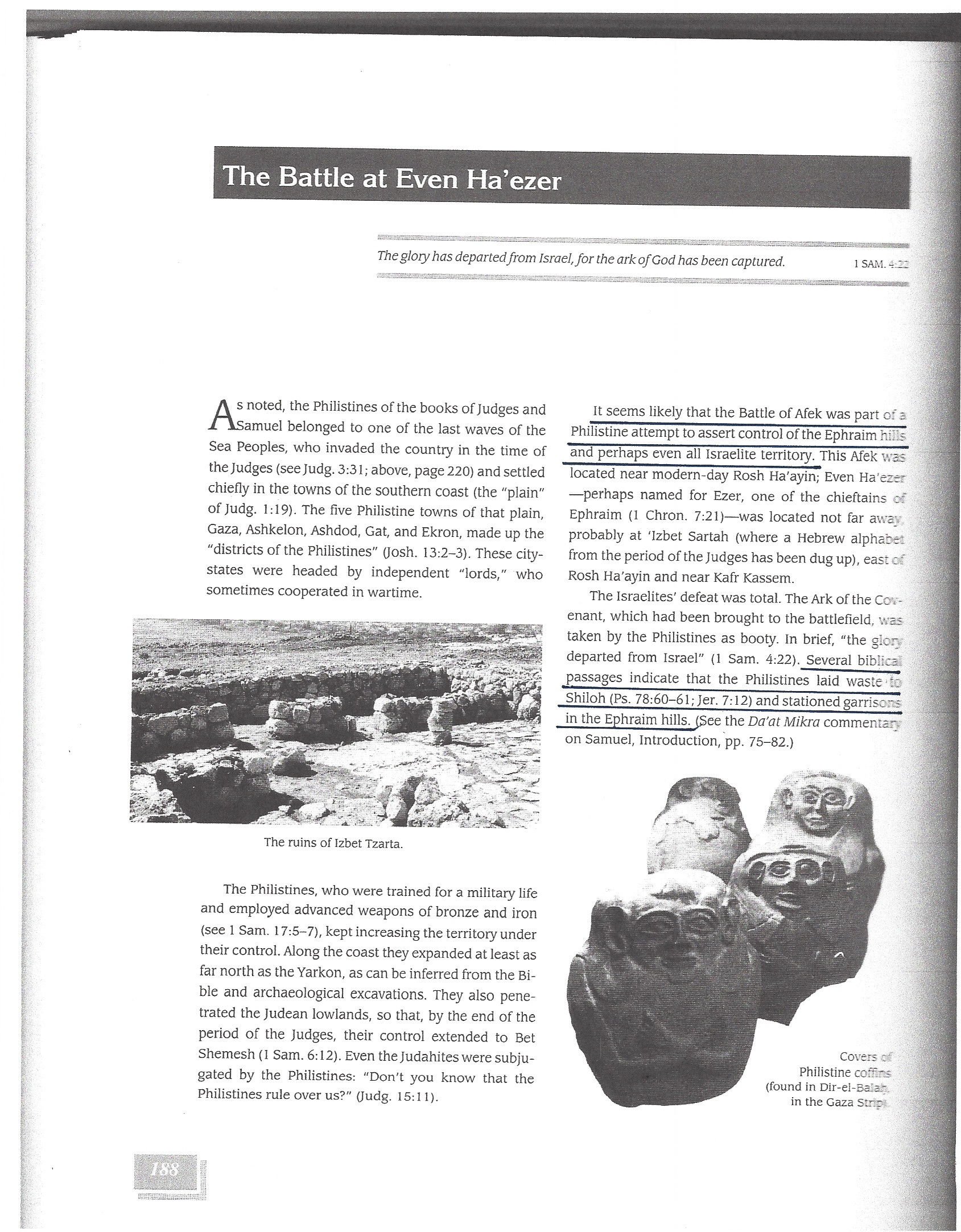 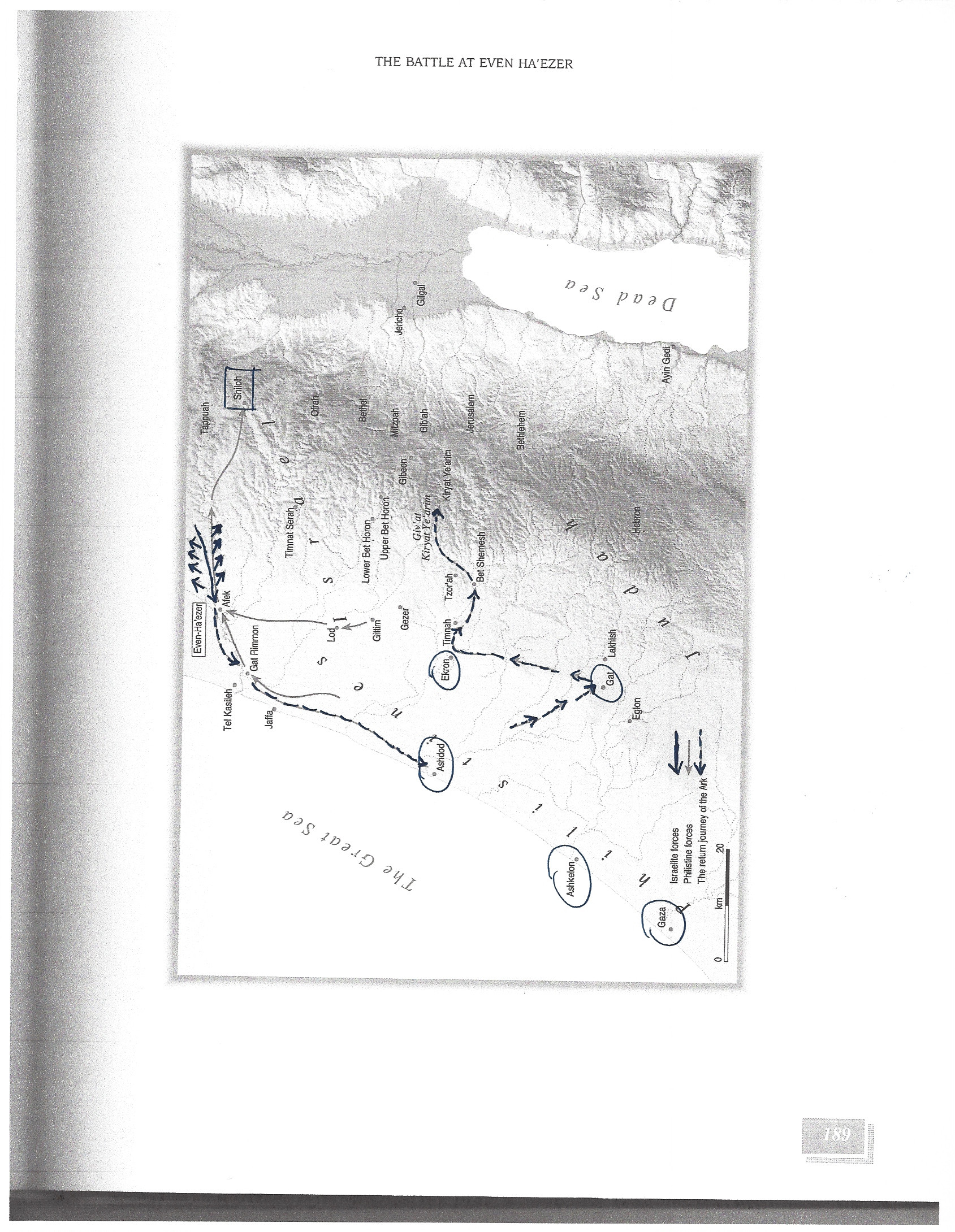