Yom HaMeyuchas: The Biggest Little Holiday in the World

Yom HaMeyuchas: The Biggest Little Holiday in the World
GG
by Gabe Greenberg

(1) On the third new moon after the Israelites had gone forth from the land of Egypt, on that very day, they entered the wilderness of Sinai. (2) Having journeyed from Rephidim, they entered the wilderness of Sinai and encamped in the wilderness. Israel encamped there in front of the mountain, (3) and Moses went up to God....and the LORD said to Moses, “Go to the people and warn them to stay pure today and tomorrow. Let them wash their clothes. (11) Let them be ready for the third day; for on the third day the LORD will come down, in the sight of all the people, on Mount Sinai. ... On the third day, as morning dawned, there was thunder, and lightning, and a dense cloud upon the mountain, and a very loud blast of the horn; and all the people who were in the camp trembled.

The Sages taught: On the sixth day of the month of Sivan, the Ten Commandments were given to the Jewish people. Rabbi Yosei says: On the seventh day of the month. Rava said: Everyone agrees that the Jews came to the Sinai desert on the New Moon, ... And similarly,everyone agrees that the Torah was given to the Jewish people on Shabbat...Where Rabbi Yosei and the Sages disagree is with regard to the determination of the month, meaning which day of the week was established as the New Moon. ...the Rabbis hold: On the second day of the week the New Moon was established, and on the second day of the week God did not say anything to them due to the weariness caused by their journey. On the third day of the week, God said to them: “And you shall be to Me a kingdom of priests and a holy nation; these are the words that you shall speak to the children of Israel” (Exodus 19:6). 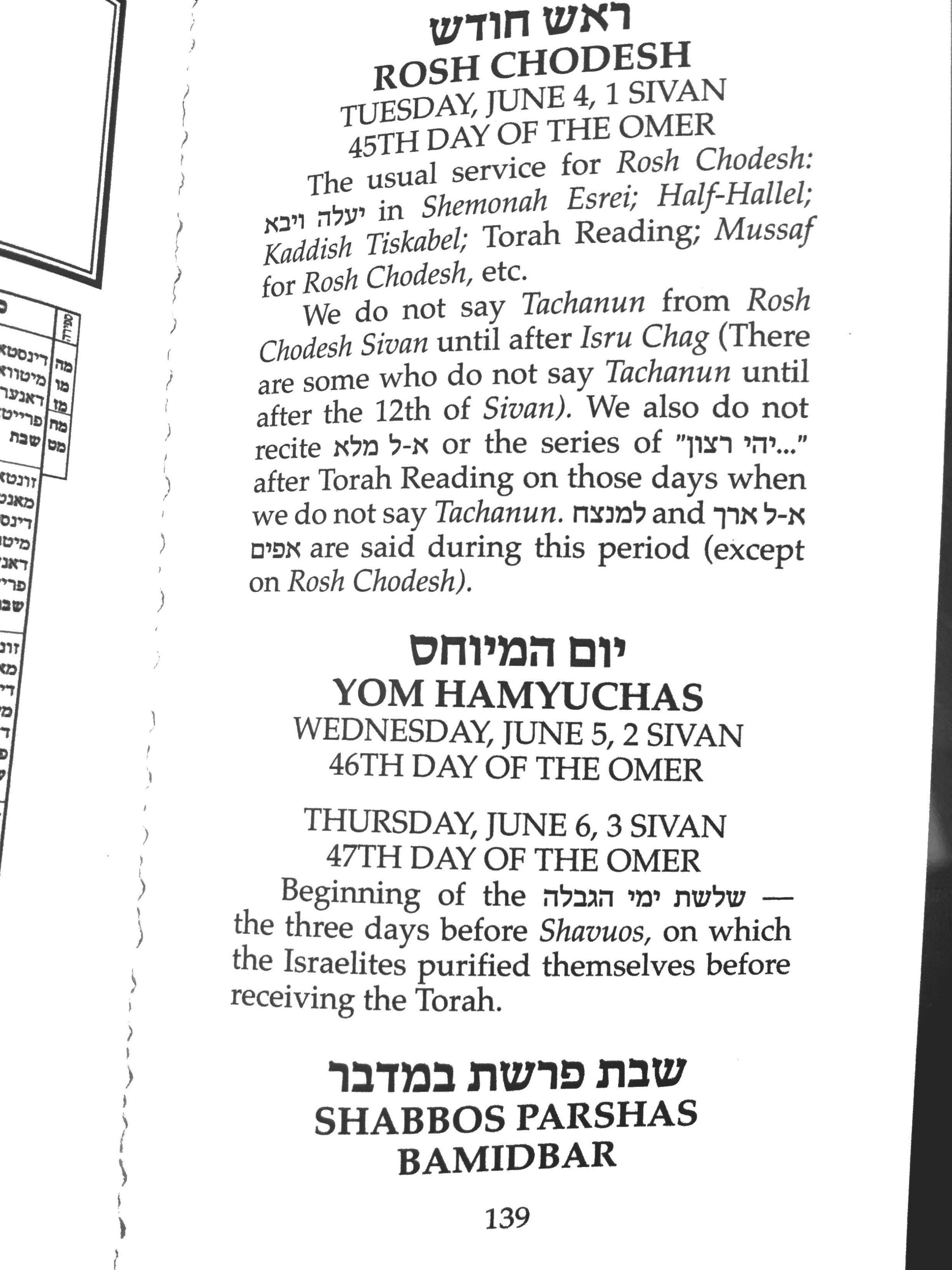 Yalkut Me'am Loez, in the name of the Rozhiner Rav (as cited by Rabbi Hillel Davis)

A king wanted his palace decorated, so he invited four famous artists, each to paint one wall of the palace. Three of the four worked assiduously to mix the paints and sketch out the drawings that would decorate their respective walls. The fourth sat by, seemingly idle, writing numbers in a note pad. As the three were finishing their work on their individual walls, the fourth finally stood up and arranged a series of mirrors on his wall. When the king arrived to judge the work, he awarded the prize to the fourth artist. He said that while the creativity and skill of each of the three artists were both evident and special, the work of the fourth artist was truly the most beautiful in that it reflected the glory and the grandeur of all that surrounded it.

On Shavu’ot, which saw klal Yisrael at Har Sinai as “Ish Echad BeLev Echad”, [one heart and unity], we don’t want to emphasize a Machloket. Indeed there is unanimity in that, as the Gemara states, “DeKuli Alma, beShabbat Nitna Torah LeYisrael”, that all agree, that the Torah was given on a Shabbat.. Chazal wanted to establish a calendar that would respect both the Rabbanan and R’ Yosi, and not emphasize their disagreement. They therefore wove both opinions into our observance. We observe Shavu’ot on the 6th of Sivan in accordance with the Rabbanan who held that there were only two day of Hagbalah, but we also commemorate the THREE days of Hagbalah as stipulated by R’Yosi. By observing three days before the day of Matan Torah, they must perforce be on the 3rd, 4th, and 5th of Sivan. These three days were not the original Sheloshet Yemei Hagbalah, but they allow us to respect and honor R’Yosi’s view that there were three days, even though we do not observe Matan Torah on the 7th of Sivan, as he taught.

Therefore, the one day between Rosh Chodesh and our reconstituted Sheloshet Yemei Hagbalah is indeed a “special Meyuchasdik” day. It reminds us that Chazal developed our calendar so that there would be Shalom, by reconciling the views of the Rabbanan and R’Yosi. It is a reminder for us to try our best to eliminate Machloket amongst Klal Yisrael- so that we can once again become united “Ke’ish Echad BeLev Echad” as we prepare to re-experience Matan Torah on Shavu’ot.