The holiday of Shavuot celebrates the giving of the Torah. Many customs are associated with the holiday. In this lesson, we will learn about some of the most common customs by studying traditional texts, analysing primary sources from the National Library of Israel, and reading first-person accounts of Shavuot celebrations in Europe that were recorded by Centropa.

Shavuot Customs in Words and Pictures

There is a custom to stay awake all night studying Torah on the first night of Shavuot.

Below is a poster printed in 1972 by Kibbutz Yifat advertising a Tikkun Leil Shavuot. The text below the illustration announces a party celebrating the giving of the Torah.

Study the poster, read the texts, and answer the questions below. 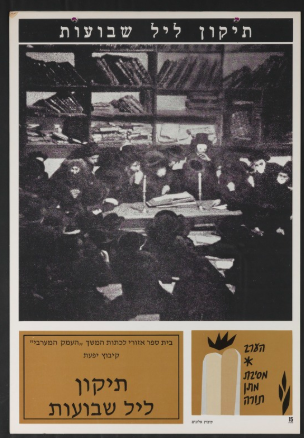 1. What event is being described in the verse from Exodus?

2. According to the medieval, Spanish bible commentator, Ibn Ezra, why should people stay awake the night of Shavuot?

3. Another explanation for the custom is that on the morning that God was going to give the ten commandments, the people overslept! Why, then, do you think that the custom to stay awake all night studying Torah was implemented?

4. Describe the illustration on the poster.

5. Despite the depiction of religious men in the illustration, Kibbutz Yifat is not a religious kibbutz. What can you learn about the prevalence of the custom of learning Torah on Shavuot from the poster?

6. In many communities, religious and non-religious Jews study Torah throughout the night of Shavuot. Have you ever attended a Tikkun Leil Shavout? What would you like to study if you were attending a Tikkun?

It is customary to eat dairy foods, such as cheesecake and blintzes, on Shavuot.

Study the advertisement from the Israeli company, Tnuva, read the text, and answer the questions below. 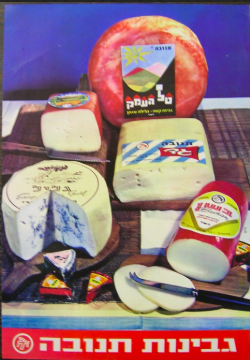 Dairy foods - ... a correct reason for this: that when Bnei Yisrael stood at Har Sinai and accepted the Torah and they went down from the mountain to their homes they found nothing to eat immediately except for dairy foods because for meat they would need much preparation to slaughter with a checked knife like Hashem commanded... ... therefore they choose on account of the time to eat dairy foods and we do this as a commemoration of this.

1. There are many explanations for the custom of eating dairy foods on Shavuot. What is the reason given in the Mishnah Berurah? (The Mishnah Berurah is a book of Jewish law that was written in Poland and published in 1904)

2. What new laws were given at Sinai that made it difficult for the people to prepare meat?

3. What is Tnuva advertising in the poster? What other companies might want to advertise on Shavuot?

4. What dairy foods do you eat on Shavuot? Do you prefer to eat meat or dairy?

There is a custom to decorate synagogues and homes with branches from trees and flowers. Some communities decorated with paper cuts instead of real greenery.

The painting below, by the 19th century German-Jewish painter, Moritz Daniel Oppenheim, was used as a page in a calendar printed by the Sana company, a manufacturer of kosher margarine.

Study the illustration, read the texts and the article, and answer the questions below. 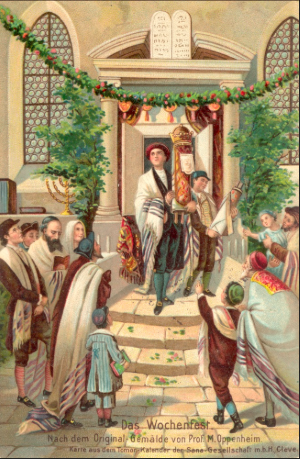 ...We have the custom to spread out plants on Shavuot in the synagogue and in houses, as a memory for the happiness of the receiving of the Torah. ...

In remembrance of the joy of receiving the Torah: for there were grasses around Mount Sinai, as it says "The flocks and cattle shall not graze..."

One way that Ashkenazi Jews beautified their homes for Shavuot was by creating and displaying paper cuttings. Called in Yiddish, shevuoslakh (or shavuosl) and royzalakh (or raizelach) – literally meaning little Shavuots and little roses – the paper cuttings were mounted on windows, so they would be visible both indoors and out.

[F]or Ashkenazi Jews, there was a particular link between paper cutting and Shavuot, which stems from an old practice of decorating homes and synagogues with flowers, branches, boughs and trees. In shtetl culture, cut flowers were a luxury – pricey and perishable. And Jewish culture was deeply literate, so paper – especially used paper – was always around and available for artistic repurposing.

From the Canadian Jewish News https://www.cjnews.com/perspectives/shavuot-paper-cutting

1. According to the Shulchan Arukh, a legal code, written in Safed, Israel in the 1500's, why is it customary to decorate with plants?

2. According to the Mishnah Berurah, what is the source of the custom?

3. How did the German community, depicted in the illustration, fulfill the custom?

4. How is the art of paper cutting connected to Shavuot?

5. Does your synagogue decorate with greenery on Shavuot? What is the atmosphere in the synagogue when it is decorated in this way?

The book of Ruth is read on Shavuot. Ruth the Moabite accepts the laws of her Jewish mother-in-law which is reminiscent of the Jewish people accepting the Torah at Mt. Sinai which is commemorated on Shavuot.

Below is a painting by Hector Le Roux, printed on a postcard published by the Lebanon company of Warsaw, Poland in 1870.

Study the illustration, read the text, and answer the questions below. 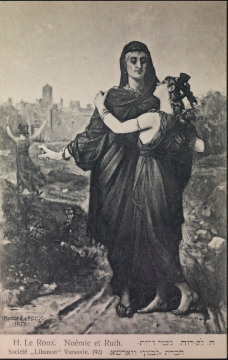 2. What words in the verse from Ruth show that she is converting to Judaism?

3. Two examples of people accepting Judaism are the generation that stood at Mt. Sinai and Ruth. Research by American Jewish sociologist Arnold Eisen shows that many Jews view their connection to Judaism as a choice. Do you agree?

Some communities have the custom of eating honey on Shavuot.

Read the text from the Mishnah Berurah and answer the questions below.

משנה ברורה תצ״ד:י״ג
{יג} ביום ראשון וכו' - גם נוהגין בקצת מקומות לאכול דבש וחלב מפני התורה שנמשלה לדבש וחלב כמש"כ דבש וחלב תחת לשונך וגו':
Mishnah Berurah 494:13
....On the first day..." - In some places there is also a custom to eat honey and milk because the Torah is likened to them, as it says "honey and milk under your tongue...".

1. In what way do you think the Torah is like milk and honey?

2. Milk and honey are used to describe something else in Jewish tradition. What is it?

3. There is a custom that on the first day of school, teachers write the words of the Torah on a piece of paper and put honey on the letters. The students put their fingers in the honey and lick their fingers. What message is the teacher trying to send to the students?

The oral histories below were collected by Centropa.

Each of the interviews includes a description of how Shavuot was celebrated in their communities.

I remember a Jewish holiday called Shavuot. My grandfather didn't go to bed on the night of this holiday, but stayed up all night reading the tikkun Shavuot, which contains the main ideas and provisions of both the Written and Oral Torah Law. I was given scissors and colored paper to cut out patterns to decorate the windows. My grandmother cooked dairy meals on this day. I remember eating pancakes stuffed with cottage cheese dipped in honey. My grandfather was sitting at the table saying that the Torah was as sweet to us as honey. 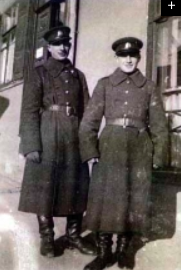 In summer, fifty days after Pesach, we celebrated the holiday Shavuot. On that day God gave the Jews the Torah. As a rule people eat dairy dishes and patties with curds on this holiday. Mother made curds pie and put something resembling a ladder from batter on top of the cake. Mother explained to me that it was the ladder to Heaven, to God. 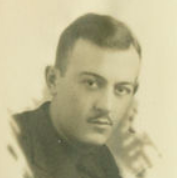 Shavuot was a very colorful holiday in our town. Not far from the town there was a lake where sweet flag [irises] grew. The path leading to the house would be sprinkled with white sand and the entire house decorated with sweet flag [irises]. Most houses looked as if they were growing in the jungle. 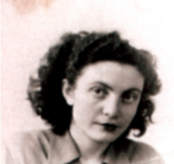 On Shavuot we only used to eat dairy products after we returned from the synagogue. My mother made cottage cheese puddings, macaroni soup with milk, cheesecakes and dumplings with cottage cheese. 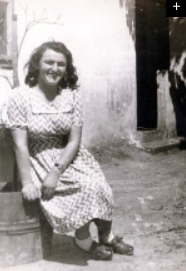 We went to synagogue every holiday, during Pesach, and Shavuot. On Shavuot, they decorated the synagogue with flowers, it was a joyous celebration.

Choose one of the options