How do soldiers in the Israel Defense Forces (IDF) celebrate Chanukah?
What halachic (Jewish legal) issues could arise?
Who provides halachic solutions for IDF soldiers?

Click here to read an article from the December 26, 1978 issue of the Ma’ariv newspaper. The English translation is written below. 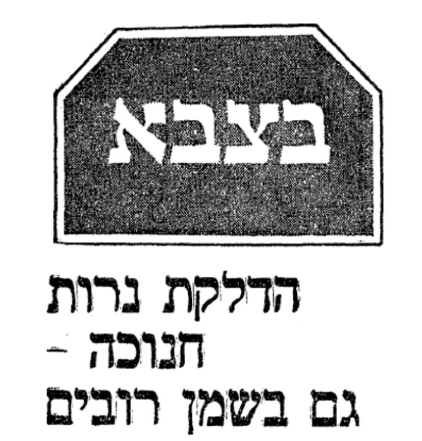 (Translation of the article)

All oils, wicks, and candles, whether they are wax or fat or even kerosene, are permitted for lighting Chanukah candles, and those who are the most meticulous use olive oil. Soldiers, who do not have candles and who can not set up wicks in regular oil, are permitted to light with gun oil or automobile oil. And in an emergency, when only a flashlight is available, you should say the blessings on it.

It seems that IDF soldiers will not need these leniencies this year which are included in the “Laws of Chanukah” which the Chief Military Rabbinate published prior to the Holiday of Lights. This year, chanukiyot and colourful candles were supplied to every unit and even to the most remote and a “time of emergency” that would permit lighting with automobile oil or gun oil does not exist. In the central bases, that are located on the homefront, there will certainly be many soldiers who will want to be “meticulous” and light their Chanukah light with olive oil.

The directives of the military rabbinate also stipulate that soldiers who are located in outposts on the front, in fortresses, etc.. and it is feared that if they light their chanukiyot outside, as the law obligates in order to publicize the miracle, they will be seen by the enemy and be put at risk -- they should light their candles in a hidden place..

In addition to supplying candles and chanukiyot, the military rabbinate will hold a series of holiday parties, at which military rabbis and civilian lecturers will speak about the spiritual character of Chanukah, in which the few defeated the many and the spirit of Israel prevailed over the pagan Greeks. Chabad Rabbis will also visit IDF bases during the holiday to dance with the soldiers and bring them greetings from the Lubavitcher Rebbe.

Halachic Issues for Lighting the Chanukiya During Military Service

1) What material can soldiers use to light the Chanukiya?

All oils and wicks are fit for use for the Hanukkah light, even if the oils are not drawn after the wick, and the illumination is not held well by those wicks. Rema: However, olive oil is a choice mitzvah, (Mordechai, Kol Bo and Mahari"l) and if olive oil is not available it is a mitzvah with oils whose illumination is pure and clean, and we have the custom in these countries to kindle with wax candles since their illumination is clear like oil.

2) Where can soldiers light the Chanukiya to ensure their safety?

In the text below, the rabbis of the Talmud are discussing what to do on the Friday night of Chanukah if there is only enough money to buy either wine for kiddush or oil for the Chanukiya. Which should they choose?

Rava decides that purchasing the oil should take preference over purchasing the wine, and he justifies his decision by introducing a concept which explains one of the reasons for lighting the Chanukah lights.

The Chanukkah candle is preferred, because of publicizing the miracle.

The Talmud text below adds details on how the miracle of Chanukah is publicized through the Chanukiya.

The Rabbis taught: It is a mitzva to place the Hanukkah lamp at the entrance to one’s house on the outside. If he lived upstairs, he places it at the window adjacent to the public domain. And in a time of danger, he places it on the table and that is sufficient for him.

The article mentions another halachic principle - בשעת הדחק (in an emergency).

This principle states that in certain emergency situations, the law allows for some leniencies.

Read the verse from Leviticus below and highlight the words that suggest that in times of emergency life is more important than following halacha.

(5) You shall therefore keep My statutes, and My laws, which if a man does, he shall live by them: I am the LORD.

What does it add to the understanding of the verse from Leviticus?

Mishneh Torah, Foundations of the Torah 5:1

... If an idolater will force an Israelite to transgress one of the commandments of the Torah and threaten him with death for disobedience, it is mandatory that he transgress the commandment and be not put to death, for it is said concerning the commandments: "That which a man may do and live by it" (Ibid. 18.5)—"live by it, but not die for it". 1Sanhedrin, 74a; Yoma 85a; Abodah Zarah, 26b. C. G.Thus, if he chose death and did not transgress, his blood be upon his own head.

How does the concept of “living” according to mitzvot influence the IDF rabbi’s ruling in the article?

Putting It All Together

Combine all of the concepts mentioned above to write a short paragraph about how IDF soldiers light Chanukah candles and why their rules may differ from ordinary citizens.

Design a booklet for the soldiers, explaining the overall rules of lighting the Chanukiya and the exceptions that are sometimes available to them. Include the paragraph that you wrote above and blessings and songs that can be sung after lighting. Illustrate the booklet.