It was said of Reb Simcha Bunem, a 18th century Hasidic rebbe, that he carried two slips of paper, one in each pocket. One was inscribed with the saying from the Talmud: Bishvili nivra ha-olam, “for my sake the world was created.” On the other he wrote a phrase from our father Avraham in the Torah: V’anokhi afar v’efer,” “I am but dust and ashes.” He would take out and read each slip of paper as necessary for the moment. [Wooden coin designed by Rabbi David Zaslow.] 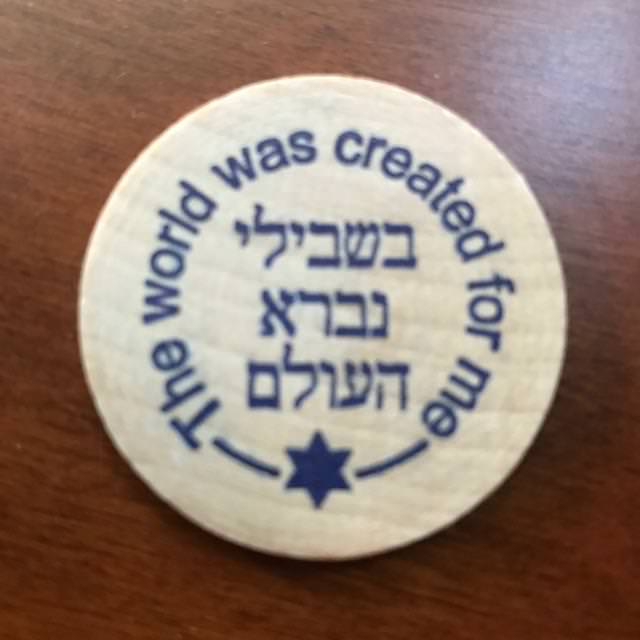 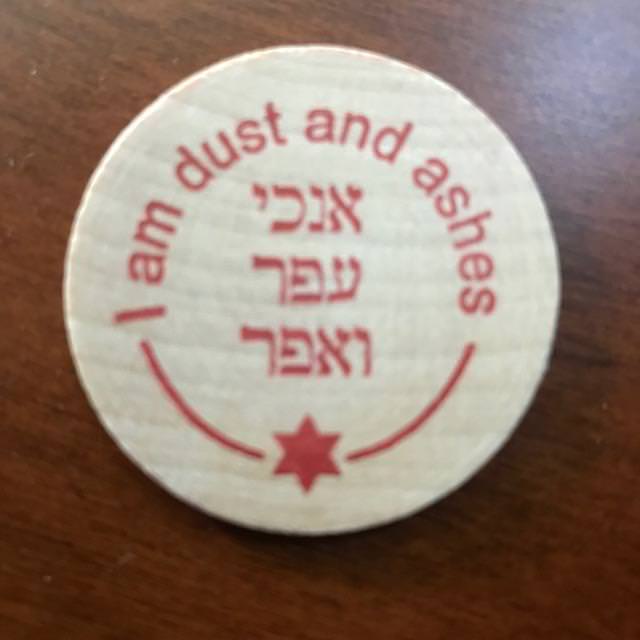 (5) How do we press the witnesses in a capital case? We bring them in [to the court's chambers] and press them: "Perhaps what you say [isn't eyewitness testimony] is but your own assessment, or from rumors, or your witnessing an actual witness testify, or you're reporting what a trustworthy person said.... Know that capital cases are not like monetary ones. In monetary cases, [a false witness] can return the money and achieve atonement. But in capital cases, the blood of [the victim [and all his future offspring hang upon you until the end of time. For thus we find in regard to Cain, who killed his brother, "The bloods of your brother scream out!" (Genesis 4:10) - the verse does not say blood of your brother, but bloods of your brother, because it was his blood and also the blood of his future offspring ... "It was for this reason that man was first created as one person [Adam], to teach you that anyone who destroys a life is considered by Scripture to have destroyed an entire world; and anyone who saves a life is as if he saved an entire world." And also, to promote peace among the creations, that no man would say to his friend, "My ancestors are greater than yours." ... And also, to express the grandeur of The Holy One [blessed be He]: For a man strikes many coins from the same die, and all the coins are alike. But the King, the King of Kings, The Holy One of Blessing, strikes every man from the die of the First Man, and yet no man is quite like his friend. Therefore, every person must say, “For my sake ‎the world was created.". . .