THE EXODUS AS A TOOL TO UNDERSTAND OUR PERSONAL JOURNEYS Material prepared by and for theGlobalDay.org

THE EXODUS AS A TOOL TO UNDERSTAND OUR PERSONAL JOURNEYS Material prepared by and for theGlobalDay.org
DP
by David Paskin 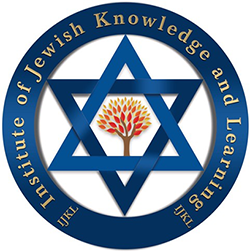 In each and every generation, a person is obligated to see himself as if he left Egypt, as it is stated (Exodus 13:8); "For the sake of this, did the Lord do [this] for me in my going out of Egypt." Not only our ancestors did the Holy One, blessed be He, redeem, but rather also us [together] with them did he redeem, as it is stated (Deuteronomy 6:23); "And He took us out from there, in order to bring us in, to give us the land which He swore unto our fathers."

Therefore we are obligated to thank, praise, laud, glorify, exalt, lavish, bless, raise high, and acclaim He who made all these miracles for our ancestors and for us: He brought us out from slavery to freedom, from sorrow to joy, from mourning to [celebration of] a festival, from darkness to great light, and from servitude to redemption. And let us say a new song before Him, Halleluyah!

(6) In each and every generation, a man is obligated to show himself as though he himself went out now from the slavery of Egypt as it is said (Deuteronomy 6:23) "And He took us out of there, etc." and on account of this thing, the Holy One, blessed be He, commanded in the Torah "And you shall remember that you were a slave," that is to say as though you yourself were a slave and you went out to freedom and you were redeemed.

2. How does the understanding above translate into your actions?

What makes the Exodus from Egypt so important?

The Jewish festivals are first and foremost historical festivals: each one is a remembrance of a certain event in Jewish history. But their essence goes far beyond that. Whenever we remember a historical event, we connect ourselves not so much with the facts, but rather with their psychological and emotional significance. If we want to understand the personal, inner meaning of a festival, we should look to its intrinsic spiritual essence. And what is more, we should see the festivals as internal events in the life of the individual, which are reflections of the collective life of the nation. This approach will open a door for us toward a wider, albeit not immediately apparent, understanding.

Our sages say: "In every generation, each person must regard himself as if he came out of Egypt." This is the key to a new understanding of the festivals: in order to relive things, we must participate spiritually in the process of our people's birth.

If we translate historical events into terms pertaining to each individual's pilgrimage toward his true goal in life – the Promised Land – then the three festivals, together with their natural/agricultural symbolism of spring (Passover), reaping (Shavuot), and harvest (Sukkot), can be seen as landmarks along that path.

The individual journey begins when a person tears himself away from the state of aimlessness. This is the first step. At this point everything is still in the embryonic stage, incomplete and undefined – the festival of spring. Clearly, at this stage one does not fully understand the significance and future consequences of the spontaneous first step into the unknown. Only later does one reach a degree of maturity and self-knowledge that gives an understanding of the road taken. This is the time of the receiving of Torah, the feast of reaping. And only long after, possibly many years later, does one reach full awareness and the ability to enjoy the good fruits. This is the tranquil hour of "the season of our joy" – the feast of harvest.

These three stages of spiritual development can be found, in various forms, in the life of every individual, as well as in the spiritual and historical course of the nation as a whole. The Exodus from Egypt is the departure from material and spiritual nothingness in the direction of a new and as yet unknown destination. The spiritual baggage at the moment of this crucial decision is almost nonexistent. At most, it is "the bread of affliction."

Only later, farther along the path chosen without knowledge, does one reach full understanding; only then are goals and aspirations formulated in fixed laws. Then a person can see things in their entirety and evolve a bird's-eye view of his way in life and what it entails. This is the hour of the giving of Torah to the entire nation, and the hour of the receiving of Torah by the individual. The time of receiving the Torah is a time of turmoil and inner strife, despite the newly acquired spiritual and intellectual maturity. Things are forced upon us – "God forced the Mount [of Sinai] over the people of Israel like a pail" (Shabbat 88a) – and we find it difficult to absorb all of this novelty, which, however close to the heart, is as yet foreign to the spirit.

Only after a lengthy period of digestion and adjustment does one attain a sense of inner integrity, wholeness, and peace. It is then that one feels capable of harvesting the crops that have grown in the course of time, and of enjoying them in calm and happiness.

There are three points, then, in a man's path: the decision, the understanding, and the rejoicing. All are essential and important, but not equally important. Which one bears the greatest significance?

At the point of departure, the people of Israel were a nation of slaves in body, mind, and spirit. They had no spiritual content or any real goal in life. The only thing they did have was a vague sense of continuity, an obscure link with their forefathers. This is what prevented them from assimilating completely with the Egyptians, and what prepared them for what they were about to be given.

Then came the call to depart from Egypt. The very desire for freedom was a tremendous revolution in the soul of this nation of slaves; it was the awakening of the need for inner freedom that exists in the soul of every individual. And although they did not yet know God, and had no idea as to how the Exodus would in fact occur – they believed. The slaves had neither knowledge nor understanding, and yet they went out into an unknown and unmapped desert.

Such a spark of faith can enable those who possess it to overcome all dangers and obstacles. True, this path of faith is almost bereft of profound intellectual content, but it creates a link that goes much deeper than that of any other kind. It is a relationship of devotion, of inner oneness beyond perception, with the Divine.

This lightning decision, this inexplicable faith, conceals within itself the seeds of all that will in due course be revealed. This is where the relationship begins and where its character is shaped. The overt, external revelation occurs at a later stage; but the inner, essential relationship is there from the very beginning, from the very first act of faith. This is why the people of Israel were able to say, prior to the giving of Torah, "We shall do and we shall hearken" (Exodus 24:7), because their essential link with the Torah, albeit hidden, was there from the first.

The prophet Jeremiah says, "I remember in thy favor the devotion of thy youth, thy love as a bride, when thou didst go after me in the wilderness, in a land that was not sown" (Jeremiah 2:2). The memory of the basic relationship of the people with God is the memory of the decision to depart from Egypt: The young nation of Israel, inexperienced and ignorant, followed God without knowing anything about Him, about the commandments He was about to give, or about the path they were destined to take.

The essence of the Exodus, then, is in the initial, faith-motivated decision to leave the ordinary, the routine life, and to follow God. This is that all-inclusive point of departure. Prior to that there is nothing. All the rest is elaboration. This is what gives Passover – the festival of spring – its prominence among the festivals. And this is also why the month of Nisan, the month of spring, is the first month – the starting point, the beginning.

1. Can you think of different life experiences in which you are at the first stage? How does the understanding of the Exodus help you leave that place and move forward towards the stage of understanding the road taken?

2. What was the experience (how does it/did it feel) to reach a stage in which you are/were ready to see the big picture and are/were prepared to “receive the Torah”?

3. The Exodus represents the ultimate experience of faith. Have you ever been in a situation in which faith gave you the courage to move on (or move forward)? How has that changed the way you view other situations in life?

4. What kind of shackles/ slavery do you want/need to get away from? How does the learning you have done in this unit help inform you of what the next steps should be?