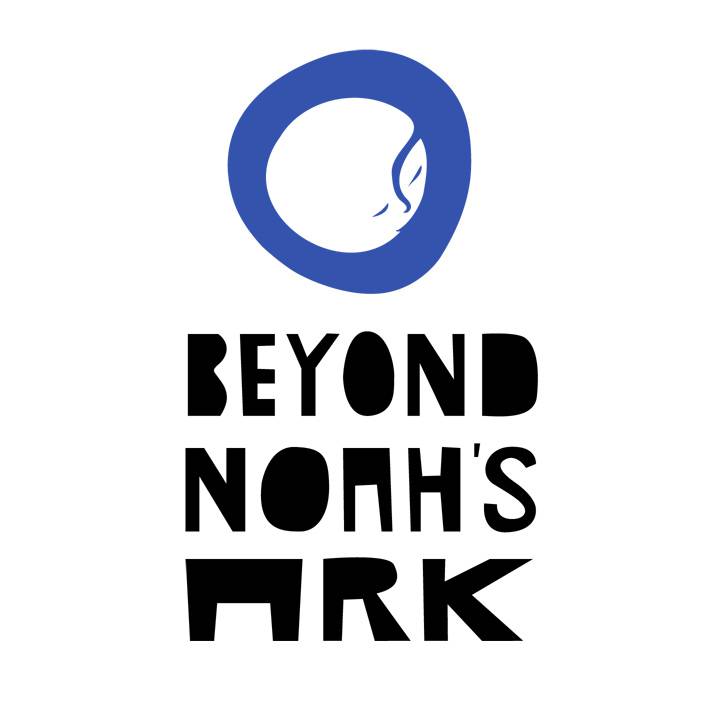 He puts down the cup from his hand and uncovers the matsa.

Go out and learn what what Lavan the Aramean sought to do to Ya'akov, our father; since Pharaoh only decreed [the death sentence] on the males but Lavan sought to uproot the whole [people]. As it is stated (Deuteronomy 26:5), "An Aramean was destroying my father and he went down to Egypt, and he resided there with a small number and he became there a nation, great, powerful and numerous."

"And he went down to Egypt" - helpless on account of the word [in which God told Avraham that his descendants would have to go into exile]. "And he resided there" - [this] teaches that Ya'akov, our father, didn't go down to settle in Egypt, but rather [only] to reside there, as it is stated (Genesis 47:4), "And they said to Pharaoh, to reside in the land have we come, since there is not enough pasture for your servant's flocks, since the famine is heavy in the land of Canaan, and now please grant that your servants should dwell in the land of Goshen."

"As a small number" - as it is stated (Deuteronomy 10:22), "With seventy souls did your ancestors come down to Egypt, and now the Lord your God has made you as numerous as the stars of the sky."

"And he became there a nation" - [this] teaches that Israel [became] distinguishable there. "Great, powerful" - as it is stated (Exodus 1:7), "And the children of Israel multiplied and swarmed and grew numerous and strong, most exceedingly and the land became full of them."

"And afflicted us" - as is is stated (Exodus 1:11); "And they placed upon him leaders over the work-tax in order to afflict them with their burdens, and they built storage cities, Pitom and Ra'amses."

"And put upon us hard work" - as it is stated (Exodus 1:11), "And they enslaved the children of Israel with breaking work."

"And we we cried out to the Lord, the God of our ancestors, and the Lord heard our voice, and He saw our affliction, and our toil and our duress" (Deuteronomy 26:7).

"And we cried out to the Lord, the God of our ancestors" - as it is stated (Exodus 2:23); "And it was in those great days that the king of Egypt died and the Children of Israel sighed from the work and yelled out, and their supplication went up to God from the work."

"And the Lord heard our voice" - as it is stated (Exodus 2:24); "And God heard their groans and God remembered his covenant with Avraham and with Yitschak and with Ya'akov."

"And He saw our affliction" - this [refers to] the separation from the way of the world, as it is stated (Exodus 2:25); "And God saw the Children of Israel and God knew."

"And our toil" - this [refers to the killing of the] sons, as it is stated (Exodus 1:24); "Every boy that is born, throw him into the Nile and every girl you shall keep alive."

"And our duress" - this [refers to] the pressure, as it is stated (Exodus 3:19); "And I also saw the duress that the Egyptians are applying on them."

"And the Lord took us out of Egypt with a strong hand and with an outstretched forearm and with great awe and with signs and with wonders" (Deuteronomy 26:8).

"And the Lord took us out of Egypt" - not though an angel and not through a seraph and not through a messenger, but [directly by] the Holy One, blessed be He, Himself, as it is stated (Exodus 12:12); "And I will pass through the land of Egypt on that night and I will smite every firstborn in the land of Egypt, from men to animals; and with all the gods of Egypt, I will make judgements, I am the Lord."

"With a strong hand" - this [refers to] the pestilence, as it is stated (Exodus 9:3); "Behold the hand of the Lord is upon your herds that are in the field, upon the horses, upon the donkeys, upon the camels, upon the cattle and upon the flocks, [there will be] a very heavy pestilence."

"And with an outstretched forearm" - this [refers to] the sword, as it is stated (I Chronicles 21:16); "And his sword was drawn in his hand, leaning over Jerusalem:

"And with great awe" - this [refers to the revelation of] the Divine Presence, as it is stated (Deuteronomy 4:34); Or did God try to take for Himself a nation from within a nation with enigmas, with signs and with wonders and with war and with a strong hand and with an outstretched forearm and with great and awesome acts, like all that the Lord, your God, did for you in Egypt in front of your eyes?"

"And with signs" - this [refers to] the staff, as it is stated (Exodus 4:17); "And this staff you shall take in your hand, that with it you will preform signs."