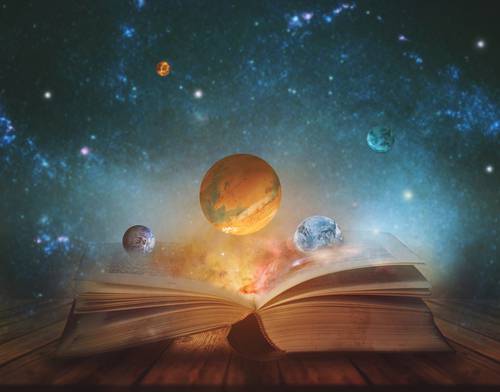 The opening paragraph of Parashat Ki Tetze (Deut. 21: 10-14) is shocking. In it, the Torah instructs Israelite soldiers how to capture and then violate the women of the enemy:

10: When you wage war on your enemies, they will be delivered to you by God, and you will capture them. 11: Among the captives you will see a woman of beauty, and you will desire her, and you will take her to be your wife. 12: You will bring her into your house, she will shave her hair and will do her nails. 13: She will take off her robe of captivity, she will sit in your house and mourn her father and mother for a month, and then you will come to her, cohabit with her, and she will be your wife. 14: In case you do not want her, set her free and do not sell her, [because] you cannot make gains from her after you have tortured her.

The meaning of the last part of verse 12 is unclear. Is doing nails clipping them [- the opinion of the Yerushalmi translation] or letting them grow [Rashi’s opinion]?

The Yerushalmi translation represents a minority opinion, while most commentators understood “doing nails” as letting them grow. In their view, this is part of an orchestrated attempt by the Torah to make the captive woman repugnant in the eyes of the captor, and inevitably lead to verse 14 – you will not want her.

Rashi develops this theory along verses 12 and 13:

She should grow her nails to look ugly; She should remove her robe of captivity because it is beautiful. The nations’ daughters would wear pretty clothes at war to attract enemy soldiers; She should sit in your house so you will bump into her constantly, and when you see her crying, you will detest her; She should mourn her parents for a month, a longer period than usual, to emphasize the difference between the Israelite wife, who is joyous and beautiful, and the captive one, who is sad and repugnant.

Rashi’s great commentator, Rabbi Eliyahu Mizrahi (1450-1526), aka the Re’em, struggles with this explanation. On verse 12, he remarks that Rashi contradicts his own commentary to Genesis 1:7. On verse 13 he writes that captivity garments are usually torn and worn-out, that bringing the captive into the house is counter-intuitive, and that it does not make sense to allow the captive to mourn her parents. The Re’em, faithful to his commentary’s agenda, apologetically rejects all arguments against Rashi, but he insinuates that there is maybe a different way to read the whole paragraph. I would like to take the hint from R. Eliyahu Mizrahi and suggest here this alternative reading, which I believe is more in accordance with the Peshat, the literal meaning of the text.

War is the upheaval of normal life, of peace. People lose their land, home, family, and life. The survivors, conquerors and conquered alike, are at risk of losing their human dignity and sensitivity. The conqueror, hardened after facing death and losing dear friends, is now in a position of power, and becomes insensitive to and detached from the suffering of others. The conquered has lost everything and is now in a position of extreme vulnerability. This is the setting in which the Israelite conqueror lays eyes on the beautiful captive. There is an additional element of disparity here, that of the difference between a man and a woman, where men usually strive for power and control.

The captive woman, then, is powerless and defenseless. She is at the mercy of the conquering man, who sees her as an object for fulfilling his desires. The Torah emphasizes this by using the verb חשק – desire, the same term used in Genesis 34:8 to describe Shekhem’s feelings towards Dinah after assaulting and violating her. The man does not love the woman but rather objectifies her, which can explain the irregular term אשת יפת תואר – a double construct which should be translated as “the woman who belongs to beauty”. In this state of vulnerability, the Torah steps in between captor and captive to serve as a protective shield for the woman. The man is told that the woman is not his to be taken by force, and that he should marry her as an equal member of his nation.

If the man, hopefully, abides by the Torah’s words, he brings the woman to his house. This is the first step in the humanization of the captive. She is transformed, from the state of homelessness and landless, into that of a landlady. She lives in the same space of the conqueror, and he is forced to see her as an equal. The next step is taking care of her appearance, not to make her more attractive or less attractive for him, but rather to help her regain her dignity and confidence. She trims her hair (גלח – does not mean clean-shave, as can be seen in Gen. 41:14), clips her nails, and changes from her torn garments of captivity into decent new clothes. She is no longer disheveled and neglected, and her external appearance affects the way she feels about herself.

She is not ready yet to return to society, and she must be left alone to mourn her parents. This is the final step in the Torah’s attempt to change the captor’s attitude towards her. At this point, he should realize that she is not an object, a captive, a nameless and identity-less woman whom he brought home to satisfy his desires, but a human being, dignified yet distraught, who once had a family, just like him. After all that it done, the Torah tells the man that he is allowed to come to the woman. He does not take her, but rather comes to her, a subtle change which points to the change in the power structure. If the educational process has been successful, though, the man will not feel comfortable to marry the woman, and here the Torah intervenes again and instructs the man to behave in stark contradiction to the norms of the time.

“Don’t think” that Torah tells the man, “that this woman is an object which can be sold for gain, like the spoils of war.” The words תתעמר בה – mean making gains on her expense. This term is found only one more time in Tanakh, in Deut. 24:7, which is also in Parashat Ki Tetze:כִּי־יִמָּצֵ֣א אִ֗ישׁ גֹּנֵ֨ב נֶ֤פֶשׁ מֵאֶחָיו֙ מִבְּנֵ֣י יִשְׂרָאֵ֔ל וְהִתְעַמֶּר־בּ֖וֹ וּמְכָר֑וֹ – to describe an Israelite who kidnaps one of his brethren and sells him to make gains. The Torah admonishes the man against using the woman as an object, whether to satisfy his desire or to make a profit.

In conclusion, we must say that there are other war-related instructions in the Torah which are hard to understand, specifically the call for total annihilation of nations such as Amalek and the people of Canaan. There is also no doubt that the manual for treating a captive woman does not apply in modern times and was maybe the first step towards a humane treatment of enemy captives in a barbarian world. However, the Torah shows considerable effort in trying to alter the mentality and perception of the strong towards the weak, of the conqueror towards the conquered. Most of us are not part of the latter, but we probably find ourselves quite often in a relationship which falls under the former category. When we are in such a relationship, with family, acquaintances, or strangers, we must remember the concern of the Torah, and search for humanity and equality in others, weak, vulnerable, and different as they might seem.