Thou Shalt Not lie Alone
GS

Chapter 19 of Leviticus has been characterized as a parallel to the Ten Commandments. Rav Hiyya explained that the reason it was to be read “unto all the congregation” is because most of the essential laws of the Torah can be derived from it. (Leviticus Rabba 24).

I invite you to read it! It is in my humble opinion, far superior to the Ten Commandments. It’s lyrical in the way it seamlessly moves from the ethical to ritual. It calls the lie to anyone who would distinguish between ritual law and moral law…. As Everett Fox writes: “[It] is wide-ranging and rhetorically powerful. It extends holiness to virtually all areas of life – family, calendar, cult, business civil and criminal law, social relations, and sexuality.” (The Five Books of Moses, Everett Fox p. 600.)

What detracts from the breadth of vision, is the emphasis in the preceding and following chapters (Leviticus 18, also read at the afternoon service of Yom Kippur, and chapter 20) which seem to be fixated on sexual perversion of every kind.. and I mean every kind, including incest, bestiality and homosexuality.

I would have you consider that much of what the Torah detests about sexual deviation, has nothing to do with being puritanical and disrespectful of alternative gender definitions and preferences. To the contrary, it prescribes that every human being enter a relationship and find a help mate. Rather it is a rejection of the individual self sufficiency which belongs only to God and a rejection of the inbreeding necessary to support the autocratic rule and tribal caste system of the Canaanites and the Ancient Near East.

(35) It has been clearly demonstrated to you that the LORD alone is God; there is none beside Him.

There is none Besides Him: This is Kingship...

Alternatively, this duplication in the language of creation can be explained in accordance with the statement of Rabbi Yirmeya ben Elazar, as Rabbi Yirmeya ben Elazar said: The Holy One, Blessed be He, created two faces [du partzufin] on Adam the first man; he was created both male and female in a single body, as it is stated: “You have formed me [tzartani] behind and before” (Psalms 139:5); tzartani is derived from the word tzura [face]. God formed two faces on a single creation, back and front.

The First Adam, Androgyny, and the ʿAin Ghazal Two-headed Busts in Context

Two-headed human statues with a common torso are a known feature of the ancient Near East, beginning with the inception of monumental statuary in the Pre-Pottery Neolithic period (the first half of the seventh millennium BCE) at ‘Ain Ghazal, north-east of Amman. The following survey focuses on the two headed statues from ‘Ain Ghazal the earliest of their kind to have been discovered so far in an attempt to establish their significance.

The Sages in early Talmudic times knew the myth of the primeval androgyne and used it to account for the contradiction between the two stories of creation. In the Midrash, the first human being, the 'Adam', was androgynous, incorporating the genitals of both sexes, and the tale of the creation from the rib in Genesis 2 provides for the separation of the two sexes of the primeval body, reconstructing them as two human bodies. According to the Babylonian Talmud (Berakhot 61a; Erubin 18a), Genesis Rabba 8.1 and Leviticus Rabba 14 (fifth century), the man was created dipros?pos, 'two faced' (VDliHD-n), that is, male and female (Meeks 1974:186). 'Two faced' is a way of describing Adam, the first human being, with out the use of corporeal or sexual terms, a euphemism for the bisexual progenitor of the human race.

In the Mesopotamian creation myths, the human body is a divine creation made of clay in which divine ingredients are mixed. It is not defined according to gender; it was produced in a single process before the existence of sex and gender, and therefore encompasses every possible gender. Only in the second creation were male and female couples created with genital organs vital for the reproduction of the species (Asher-Greve 1998: 29). 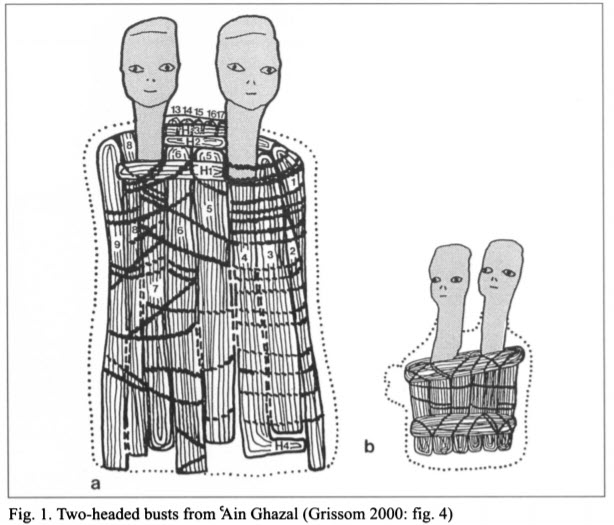 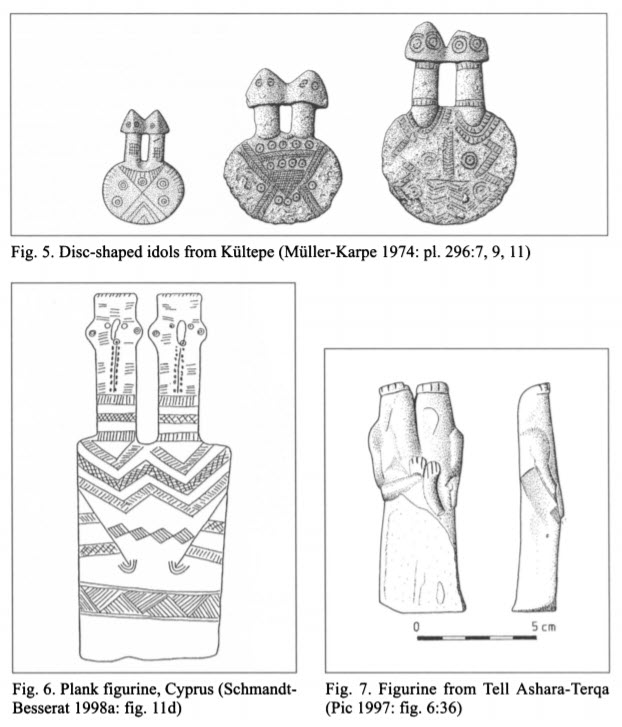 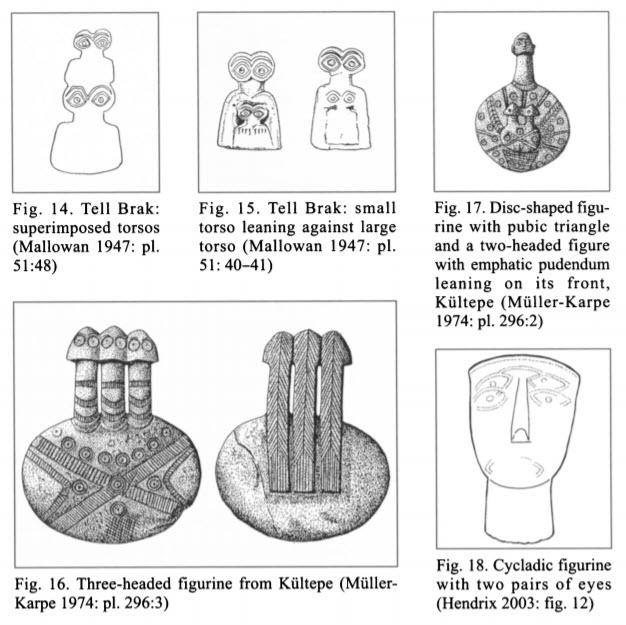 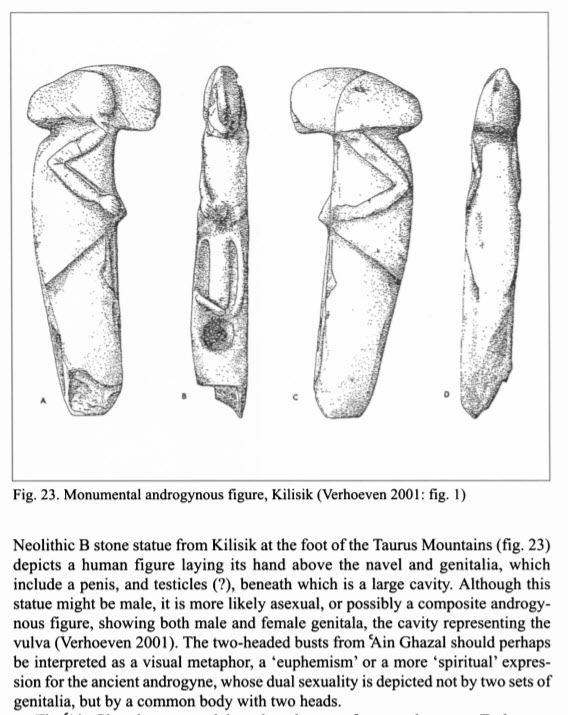 in other words, the source of unchaste sexual behavior (“Arayot” in Hebrew) is when a man does not leave his father and mother… sister, brother etc. but mates with them!

סנהדרין נ״ז ב:י׳-י״א
אימא בת נח שזינתה לא תיהרג דכתיב (בראשית ב, כד) על כן יעזב איש ולא אשה א"ל הכי אמר רב יהודה (בראשית ב, כד) והיו לבשר אחד הדר ערבינהו קרא ת"ר איש מה תלמוד לומר (ויקרא יח, ו) איש איש לרבות את הכותים שמוזהרין על העריות כישראל
Sanhedrin 57b:10-11
Rav Avya asked further: Why not say that a female descendant of Noah who committed adultery should not be executed, as it is written: “Therefore a man shall leave his father and his mother, and shall cleave to his wife, and they shall be one flesh” (Genesis 2:24); a man, but not a woman? Rav Pappa said to him: This is what Rav Yehuda says: At the end of the verse it states: “And they shall be one flesh.” The verse then combines men and women, indicating that the same halakha applies to both. § The Sages taught in a baraita with regard to the verse: “No one [ish ish] shall approach any that is kin to him, to uncover their nakedness” (Leviticus 18:6): The verse could have stated: One [ish] shall not approach. Why must the verse state “no one”? It is to include the gentiles, who are prohibited from engaging in forbidden sexual relations, as Jews are.
ויקרא כ׳:י״ז
(יז) וְאִ֣ישׁ אֲשֶׁר־יִקַּ֣ח אֶת־אֲחֹת֡וֹ בַּת־אָבִ֣יו א֣וֹ בַת־אִ֠מּוֹ וְרָאָ֨ה אֶת־עֶרְוָתָ֜הּ וְהִֽיא־תִרְאֶ֤ה אֶת־עֶרְוָתוֹ֙ חֶ֣סֶד ה֔וּא וְנִ֨כְרְת֔וּ לְעֵינֵ֖י בְּנֵ֣י עַמָּ֑ם עֶרְוַ֧ת אֲחֹת֛וֹ גִּלָּ֖ה עֲוֺנ֥וֹ יִשָּֽׂא׃
Leviticus 20:17
(17) If a man marries his sister, the daughter of either his father or his mother, so that he sees her nakedness and she sees his nakedness, it is a disgrace; they shall be excommunicated in the sight of their kinsfolk. He has uncovered the nakedness of his sister, he shall bear his guilt.
רש"י על ויקרא כ׳:י״ז:א׳

Rashi on Leviticus 20:17:1
חסד הוא IT IS A WICKED THING — It is an Aramaic expression, the Hebrew חרפה (disgrace) being in that language חסודא (cf. Onkelos on Genesis 34:14). A Midrashic explanation of it (of חסד הוא) is; If you should say, "But Cain married his sister!" then I reply, Cain's case was an exceptional one; an act of kindness (חסד) was done by the Omnipresent in order that His world might be built up through him (i. e. He made the propagation of the human race possible through this union), as it is said (Psalms 89:3) "The world was built up through חסד, loving-kindness" (Sifra, Kedoshim, Chapter 11 11; Sanhedrin 58b).

the biblical premise remains… inbreeding is a rejection of God and a rejection of God’s role as man’s only ruler. Royalty wants to mix and re-mix it’s blood to protect their superior “blue” blood and to justify the subjugation of the commoner and stranger. God wants us, wherever possible, to leave our father and mother and create our bloodline with our fellow human commoners.

To claim that one can have a child, without the need of the other sex, is to claim divinity…. and therefore an abomination.