5ה
שבת כ״ה א
תנו רבנן - איזהו עשיר?
כל שיש לו נחת רוח בעשרו, דברי ר' מאיר [...]
רבי עקיבא אומר: כל שיש לו אשה נאה במעשים.
Shabbat 25a
The latter term is a positive mitzva to rest. And, if so, observance of a Festival is a mitzva that was commanded with both a positive mitzva to rest and a prohibition: “You shall do no manner of servile work” (Leviticus 23:8). And there is a principle that a positive mitzva, e.g., burning consecrated items whose time has expired, does not override a mitzva that was commanded with both a prohibition and a positive mitzva, e.g., observance of the Festival. By inference, the conclusion is that, specifically on a Festival, lighting with burnt oil is prohibited. During the week one may well do so. The Gemara asks: What is the reason for this distinction? It would be reasonable to say that it is prohibited to derive any benefit from teruma that became ritually impure. Rav said: Just as there is a mitzva to burn consecrated items that became ritually impure, so too, there is a mitzva to burn teruma that became ritually impure, and the Torah said: While it is being destroyed, derive benefit from it. The Gemara asks: Where did the Torah say this? Where is there an allusion to this in the Bible? The Gemara answers: It can be derived from the statement of Rav Naḥman, as Rav Naḥman said that Rabba bar Avuh said: The verse said: “And I, behold, I have given you the charge of My terumot” (Numbers 18:8). From the amplification of the plural: My terumot, it is derived that the verse is speaking of two terumot, one teruma that is ritually pure and one teruma that is ritually impure. And God said: “I have given you,” i.e., it shall be yours, and you may derive benefit from it. Since there is a stringent prohibition against eating it, the benefit permitted is to burn it beneath your cooked dish. Similar forms of benefit may also be derived from burning teruma. And if you wish, say instead an alternative manner to derive this halakha, from the statement of Rabbi Abbahu, as Rabbi Abbahu said that Rabbi Yoḥanan said: It is written in the confession of the tithes: “I have not eaten thereof in my mourning, neither have I destroyed from it while impure” (Deuteronomy 26:14). By inference: From it you may not destroy, but you may destroy the oil of teruma that has become ritually impure. The Gemara asks: And say differently: From it you may not destroy, but you may destroy and derive benefit from burning consecrated oil that became ritually impure. The Gemara responds: That possibility is unacceptable. Is it not an a fortiori inference? If with regard to the tithe which is lenient, the Torah said: Neither have I destroyed from it, while impure, items consecrated to the Temple, which are more stringent, all the more so that it is prohibited to burn it while ritually impure. The Gemara rejects this: If so, that this matter is derived through an a fortiori inference, then, with regard to teruma as well, let us say that it is an a fortiori inference, as teruma is more stringent than tithes. If it is prohibited to benefit from tithes while they are burning, all the more so would one be prohibited to benefit from the teruma while it is burning. The Gemara answers: Doesn’t it say: From it? From there it is derived that there is an item excluded from the prohibition of burning in ritual impurity. The Gemara asks: And what did you see that led you to conclude that “from it” comes to exclude teruma? Perhaps “from it” comes to exclude consecrated items. The Gemara replies: It is reasonable that I do not exclude consecrated items from the prohibition against benefiting from its burning, as with regard to consecrated items there are many stringent elements. Their Hebrew acronym is peh, nun, kuf, ayin, kaf, samekh, which is a mnemonic for the following terms. Piggul: With regard to an offering, if, during one of the services involved in its sacrifice, i.e., slaughter, receiving the blood, bringing it to the altar, sprinkling it on the altar, the priest or the one bringing the offering entertains the thought of eating the sacrifice at a time that is unfit for eating, it is thereby invalidated. Notar: Meat of a sacrifice that remained beyond its allotted time may not be eaten and must be burned. Korban me’ila: One who unwittingly derives benefit from consecrated items is required to bring a guilt-offering for misuse of consecrated items. Karet:The punishment of one who eats consecrated items while ritually impure is karet. Asur le’onen: An acute mourner, i.e., one whose relative died that same day and has not yet been buried, is prohibited to eat consecrated items. None of these halakhot applies to teruma. Therefore, consecrated items are more stringent than teruma, and therefore it is consecrated items that are not excluded from the prohibition against deriving benefit while ritually impure. The Gemara rejects this: On the contrary, it is teruma that I would not exclude from the prohibition, as, with regard to teruma, there are many stringent elements represented by the acronym mem, ḥet, peh, zayin, which is a mnemonic for the following: Mita: One for whom teruma is prohibited who ate it intentionally is punishable by death at the hand of Heaven. Ḥomesh: A non-priest, for whom teruma is prohibited, who unwittingly ate teruma is obligated to pay its value to the priest plus one-fifth of the sum.
6ו
דיון

הסברים
Shabbat 64b:15
The Gemara asks: And according to Rav, what is different about these, the woolen cap and the wig, that the mishna permitted going out into the courtyard with them? Ulla said: So that she will not become unappealing to her husband. That would be the result if all ornamentation was prohibited. As it was taught in a baraita with regard to the verse: “And of her that is sick in her menstrual status [niddata]” (Leviticus 15:33), the Elders of the early generations said that this verse comes to teach us that the menstruating woman should be distanced from her husband in all senses, like a person ostracized [menudeh] by the Sages. This includes that she may not paint her eyes blue, and she may not rouge [pokeset] her face, and she may not adorn herself with colorful clothing. Until Rabbi Akiva came and taught: If you do so, you are making her unappealing to her husband, and her husband will consequently divorce her. Therefore, extreme strictures should not be instituted. Rather, what is the meaning of that which the verse states: “And of her that is sick in her menstrual status”? She shall remain prohibited in her menstrual status even after the flow of blood has stopped until she immerses in the water of a ritual bath.
12יב
דיון 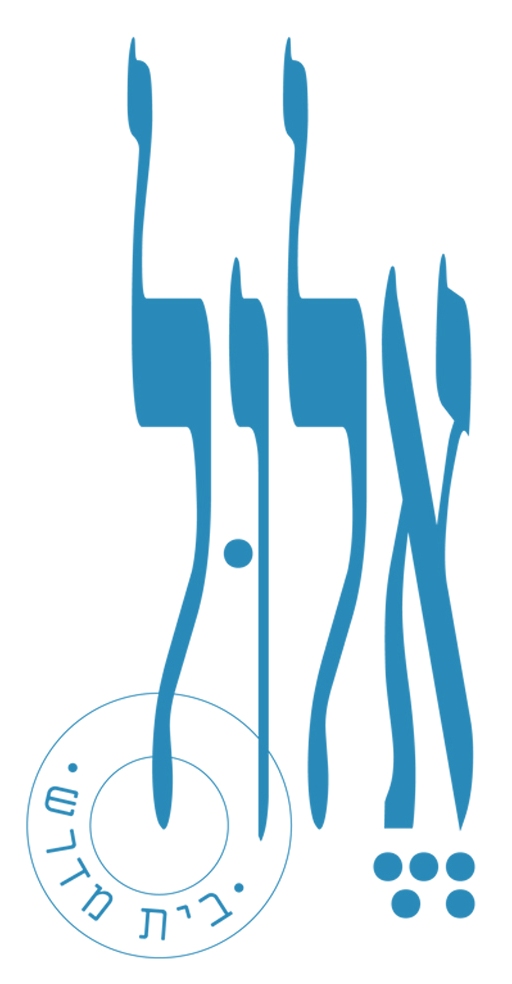