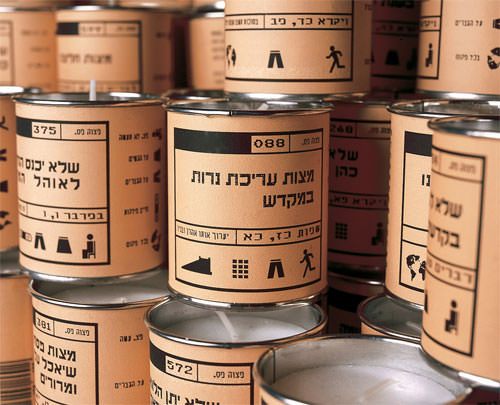 (1) Rabbi [Yehuda haNasi] said: Which is the straight path that a person should choose for himself? Whichever [path] that is [itself] praiseworthy for the person adopting [it], And praiseworthy to him from [other] people. And be as careful with a light commandment as with a weighty one, for you do not know the reward given [for the fulfillment] of [the respective] commandments. Also, weigh the loss [that may be sustained through the fulfillment] of a commandment against the reward [that may be obtained] for [fulfilling] it. And [weigh] the gain [that may be obtained through the committing] of a transgression against the loss [that may be sustained] by [committing] it. Keep your eye on three things, and you will not come to sin: Know what is above you: An Eye that sees, and an Ear that hears, and all your deeds are written in a book.

Why doesn't Hashem tell us the rewards for the Mitzvot?

What is the attitude we should have towards doing Mitzvot?

Why list the punishments, but not tell us the rewards for Mitzvot?

What's the difference if Hashem tells us outright the reward or we infer it from the punishments? And if we know their differences because we inferred them, how do we not distinguish and choose one over the other?

(And afterwards, he said that he needs to be careful with a commandment that he thinks is light - like rejoicing in the holiday, and study of the Holy Tongue - as with a commandment the great weightiness of which is clear to you - like circumcision and tsitsit (fringes) and slaughtering of the Pesach sacrifice. And there the reason for this is for you do not know the reward given [for the fulfillment] of [the respective] commandments. And the elucidation of this matter is as I will say. And it is that the entire Torah has positive commandments and negative commandments. It is true that Scripture elucidated the punishment of each negative commandment except for a few of them. And one is obligated the death penalties for some of them and excision and death at the hand of the Heavens and lashes for some of them. And we know from all of the punishments of the negative commandments which of the prohibitions are great and which ones of them are below them. And from these levels we can know what is the weightiness of a sin or its lightness. But what is the reward from God, may He be blessed, of each of the positive commandments is not elucidated.

And all of this is so that we do not know which commandment requires that we keep it much and which commandment is below it. Rather He commanded to do matter x and y and He did not make known the reward of which one of them is greater from God, may He be blessed. And because of this one needs to be careful about all of them.

And afterwards he said that even though the [relative] desirability of each commandment is not elucidated, there is an angle of comparison. And that is that every positive commandment wherein you find that one who transgresses it is obligated a great punishment, know that there is also a great reward in doing [the commandment]. And the example of this is that circumcision, slaughtering the Pesach sacrifice, resting on the seventh [day] and the making of a parapet are all positive commandments. Yet the obligation of one who does work on Shabbat is stoning, but the one who refrains from circumcision or the sacrifice on the holiday is obligated [only] excision and the one who 'places blood in his house' (by refraining from setting up a parapet) violates a negative commandment [without a tangible punishment], and that is that which is stated (Deuteronomy 22:8), "do not place blood in your house." And from here you know that the reward of Shabbat is greater than the reward of circumcision and the reward of circumcision is greater with God, may He be blessed, than the reward of making a parapet.

There are two levels in which we view Mitzvot and their rewards: On one level, that they have varying levels of weight, and there fore their punishment and reward follows that scale; and in another aspect, in the eyes of Hashem, all Mitzvos are equal and therefore their reward or value is equal on that level.

A person should always be careful with the Mitzvot that appear to be light as those that are more weighty, the word Zahir can be also be understood as shine, as it said "The wise shall shine". In other words, the Neshama will glow and shine from a light Mitzvah just like a weighty Mitzvah, since the merciful one wants our heart (sincerity).

Why do we need to do Mitzvot every day, without taking into account either quantity or quality of Mitzvot?

"And Avraham was old, and he had come into days and Hashem blessed Avraham in all things." R' Yehudah discoursed on the verse, "Happy is the man who you choose and bring near, that he may dwell in your courts" This verse, he said, may be explained as follows. Happy is the man whose ways are found right before the Holy One and in whom He finds pleasure so as to bring him near to Himself. Observe how Avraham strove to come near to Hashem making Him the object of his longing the whole of his days. Not just one day, or just now and then - but by his works advancing day by day from level to level until he rose when he was old to the highest level proper to him. We read when Avraham was old, he came into days - he entered into the supernal days, the days familiar in the path of true faith....

There is a reward that comes from purifying the world. It is a limited reward because at that level, its limited to the constraints and dimensions of the Mitzvah. The greater the impact the Mitzvah has on the world spiritually, the greater the reward and vice versa. The reward correlates to the refinement the Mitzvah creates both in the person and in the world. The same thing is with sin, Chas v’shalom. When we break a Mitzvah, we impact the world spiritually in a negative way and remove some of the awareness of G-d.

The reward that comes on the level of the Mitzvot being G-d's Will, there is no distinction on that level because the reward is above and beyond any limitations. Sechar Mitzvah, Mitzvah means literally the reward for doing a Mitzvah is an increased connection to Hashem - the binding and bonding to Him (tzafta v’chibur). When you do His Will, you are actually downloading a part of Hashem Himself into yourself and the world.

He should also reflect how the light of the blessed En Sof, which encompasses all worlds and pervades all worlds, which is identical with the Higher Will, is clothed in the letters and wisdom of the Torah and in the tzitzit (Fringes) and the phylacteries, and through his study or donning these latter he draws over himself His blessed light, that is, over "The portion of G‑dliness from above'' which is within his body, that it may be absorbed and nullified in His blessed light.

To create a dwelling place for Hashem in this world, it has to be made receptive to receiving the infinite light. The Mitzvot we do purify the world, one piece, one person, one object at a time to make it into a place that can receive G-d's presence. And on that level, each Mitzvah -no matter how"light", is immeasurably important, because it has a particular corner of the world it is responsible for that will lead to the coming of Moshiach. 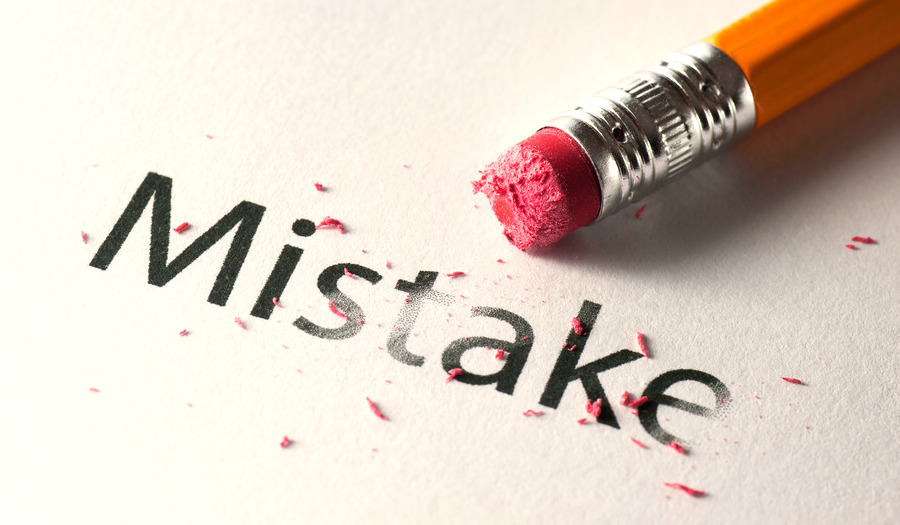 Measure the loss that is incurred by the performance of the Mitzvah against its reward and the reward of the sin, against its loss

But concerning repentance, which would seek to rectify the transgression of a positive command, though through repentance the punishment for rebelling against G‑d’s rule and not fulfilling the King’s word is commuted, nonetheless, the illumination which would have been drawn down through the performance of the positive command is lacking — even after repentance, so that the sin remains only partially rectified.

For though he be scrupulous henceforth about reading the morning and evening Shema forevermore, thereby demonstrating his regret, his repentance is ineffectual in correcting what he once neglected.

For after all is said and done, the world will forever be lacking the unique gift of Divine light that he could have drawn down through reading the Shema on that particular occasion.

With a sin, you can do Teshuva and it will be wiped away. But not with a Mitzvah, who when we miss the opportunity, we have neglected to bring down the special light through the Mitzvah and that lack lasts forever.

Why is the missing out on a mitzvah that we could have done have a more adverse affect on the world than doing a sin?

Rabbi Shimon said: There is nothing that stands in front of Teshuva, at all.

This only applies to the level in which you did that mistake. But when you then ascend to a higher, more spiritually sensitive level, then the sin still is there in some trace and Teshuva is still needed, albeit on a more refined, abstract level. And because there are infinite levels we can achieve, in some ways, that trace of the sin will remain and we will need to Teshuva, again and again.

for I recognize my transgressions, and am ever conscious of my sin.

As to the verse that says,“My sin is always before me,” this does not imply that one ought to be constantly melancholy and humiliated, G-d forbid,for later verses declare, “Let me hear gladness and joy….,”and“uphold me with a spirit of magnanimity….” moreover, “Throughout one' days one should experience teshuvah [ila'ah],” [a manner of repentance] that is marked by great joy, as noted above.

How, then, are we to understand that “my sin is always before me”?

Thus, one should always retain an awareness of his having sinned — but “at a distance,” i.e., at the back of his mind.

Rabbi Elazar, son of Rabbi Shimon, says: Since the world is judged by its majority, i.e., depending on whether people have performed a majority of mitzvot or a majority of sins, and an individual is likewise judged by his majority, each person must consider that if he performs one mitzva he is praiseworthy, as he tilts the balance of himself and the entire world to the scale of merit.